This tasty Asian Citrus Pork Tenderloin cooks for a few hours in the slow cooker and gets finished under the broiler. This sounds great for an easy dinner! 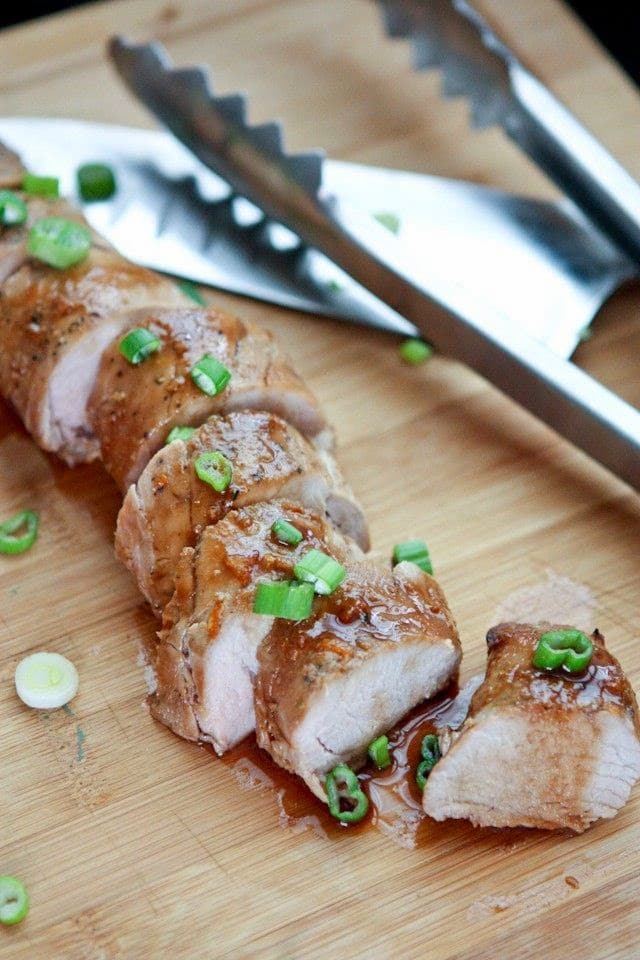 If you’re a busy mom or dad who’s trying to get dinner on the table, I think you’re going to love everything about this Slow Cooker Asian Citrus Pork Tenderloin from Aggie’s Kitchen. Goes into the slow cooker without browning the meat, check! Has simple ingredients that you might already have in the house, check! Has kid-friendly flavors the whole family will like, check! Fancy enough for Sunday dinner but easy enough for a week night, check!

Aggie used a method where the meat cooks in the slow cooker for a few hours in an easy-to-make sauce, and then it’s browned under the broiler when it’s time for dinner, and I think this Slow Cooker Asian Citrus Pork Tenderloin sounds just as delicious it is easy.  (For gluten-free, use gluten-free soy sauce; for low-carb use no-sugar-added orange preserves.)

More Ideas with Pork in the CrockPot or Instant Pot:
Use the Recipe-by-Photo Index Page for Pork to see all the Slow Cooker Pork Recipes that have been featured on this site.