I love the idea of Cashew Chicken cooked in the slow cooker or the pressure cooker so the house stays cool. You won’t need to order takeout once you master one of these versions of Cashew Chicken! 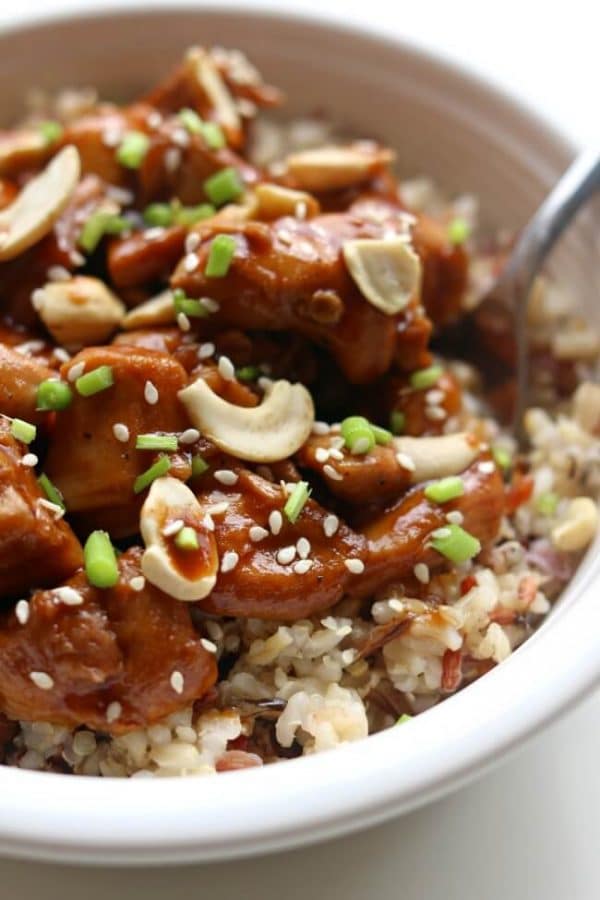 Slightly spicy Cashew Chicken is one of those beloved dishes that people always order at their favorite Chinese American restaurant, and now you can make it at home in the slow cooker or the Instant Pot thanks  365 Days of Slow Cooking + Pressure Cooking.  Karen says she wasn’t expecting to love the slow cooker version of this recipe as much as she did, and later she ended making it in the Instant Pot as well!

The recipe starts with boneless, skinless chicken thighs that are browned and then cooked in the slow cooker or the pressure cooker with a flavorful barely-spicy sauce. Stir in cashews at the end and serve over rice for a tasty Cashew Chicken dinner the whole family will love. And we bet this is a recipe your family will be asking for over and over, making it perfect for our Friday Favorites feature, enjoy!

Ingredients for Cashew Chicken Cooked in the Slow Cooker or the Pressure Cooker:

Get the complete recipe for Slow Cooker Cashew Chicken from 365 Days of Slow + Pressure Cooking.

Or get the complete recipe for Instant Pot Cashew Chicken from 365 Days of Slow + Pressure Cooking.

More Chicken in the Slow Cooker or Pressure Cooker:

Use the Index Page for Chicken to see all the slow cooker or pressure cooker chicken recipes that have been featured on this site.