This recipe for Slow Cooker Honey-Mustard Glazed Ham turns pre-cooked ham into a holiday treat. And if you’re lucky there might be leftovers to turn into slow cooker ham and bean soup! 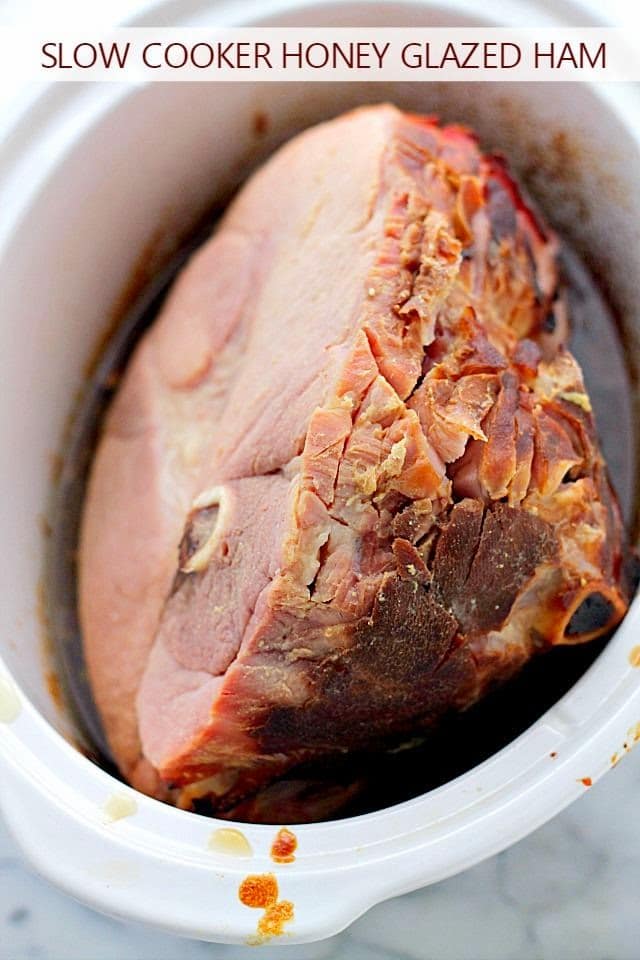 For Friday Favorites we feature past recipes you might have missed, and this Slow Cooker Honey-Mustard Glazed Ham from Diethood sounds perfect for the holidays!

For many people nothing says Thanksgiving or Christmas like Honey-Baked Ham. Of course, you can buy those pricey hams if you’re rushed on time for the holidays, but if you’d like to save some money (and fill your house with the delicious aroma of baking ham) I think this Slow Cooker Honey-Mustard Glazed Ham from Diethood sounds amazing. The recipe is taken from a cookbook by Six Sisters’ Stuff, who also have some recipes featured on this site.

More Ideas with Ham in the CrockPot or Instant Pot:
Use the Index Page for Pork to see all the Slow Cooker or Pressure Cooker Pork Recipes that have been featured on this site.