French dip sandwiches are a great family meal, and here are 16 different ideas for Slow Cooker or Instant Pot French Dip Sandwich Recipes! Take your choice on the method and make tasty beef sandwiches with au jus for dinner!

PIN the French Dip Sandwiches to try them later! I think there’s something so tasty and comforting about juicy roast beef, sliced and served on a roll with tasty au jus for dipping, and this post has 16 options for Slow Cooker or Instant Pot French Dip Sandwiches. I bet most family members would like a tasty French Dip Sandwich for dinner!

And when it comes to making this classic American sandwich, this collection gives you the best of both worlds. You can use your favorite Crock-Pot Slow Cooker for a cook all day long dinner that makes the house smell great, or choose the Instant Pot for a dinner you can cook more quickly! And whichever method you choose the tasty, fall apart, juicy beef makes the French Dip one of the best sandwiches ever.

Why is this sandwich called a French Dip?

There is some controversy about how the French Dip Sandwich got the name, but it might have been from the French Baguette roll that’s often used. And sometimes this favorite sandwich is simply called a Beef Dip.

Just click any recipe title to see the complete recipe on the original blog. All photos are copyrighted to the blogger who originally posted the recipe. 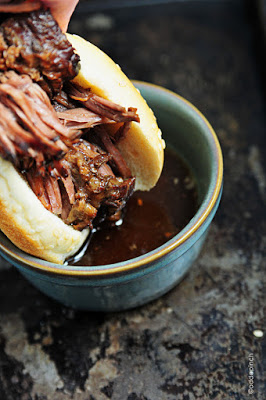 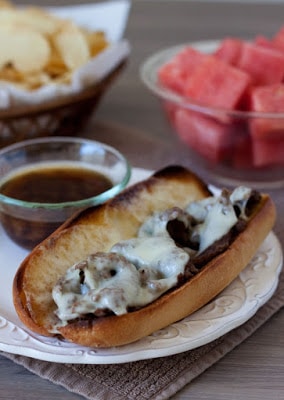 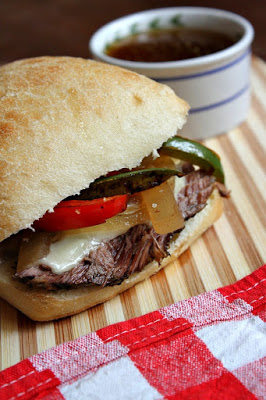 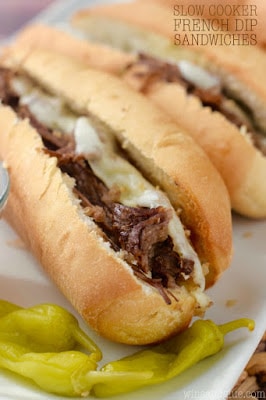 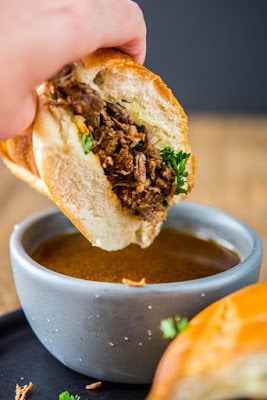 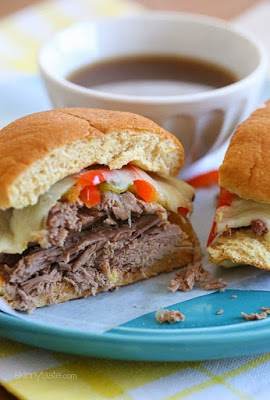 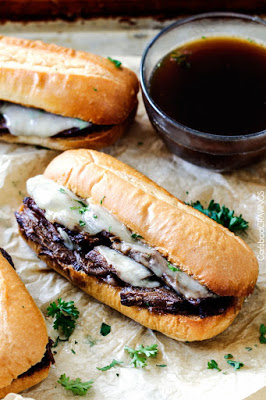 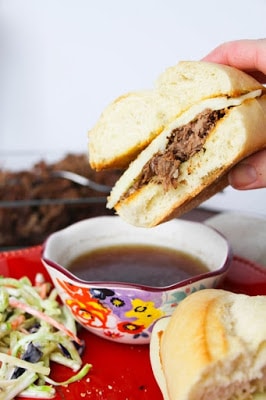 More French Dips from the Slow Cooker or Instant Pot:

Slow Cooker French Dip Sandwiches from Buns in My Oven

Check out The BEST Slow Cooker Sandwiches with Chicken, Pork, or Beef!