This collection of 50 Amazing Low Carb Instant Pot Soup Recipes can help you stick with any type of low-carb eating plan! And don’t you agree that low-carb soup made in the Instant Pot is perfect for dinner when it’s cold outside? 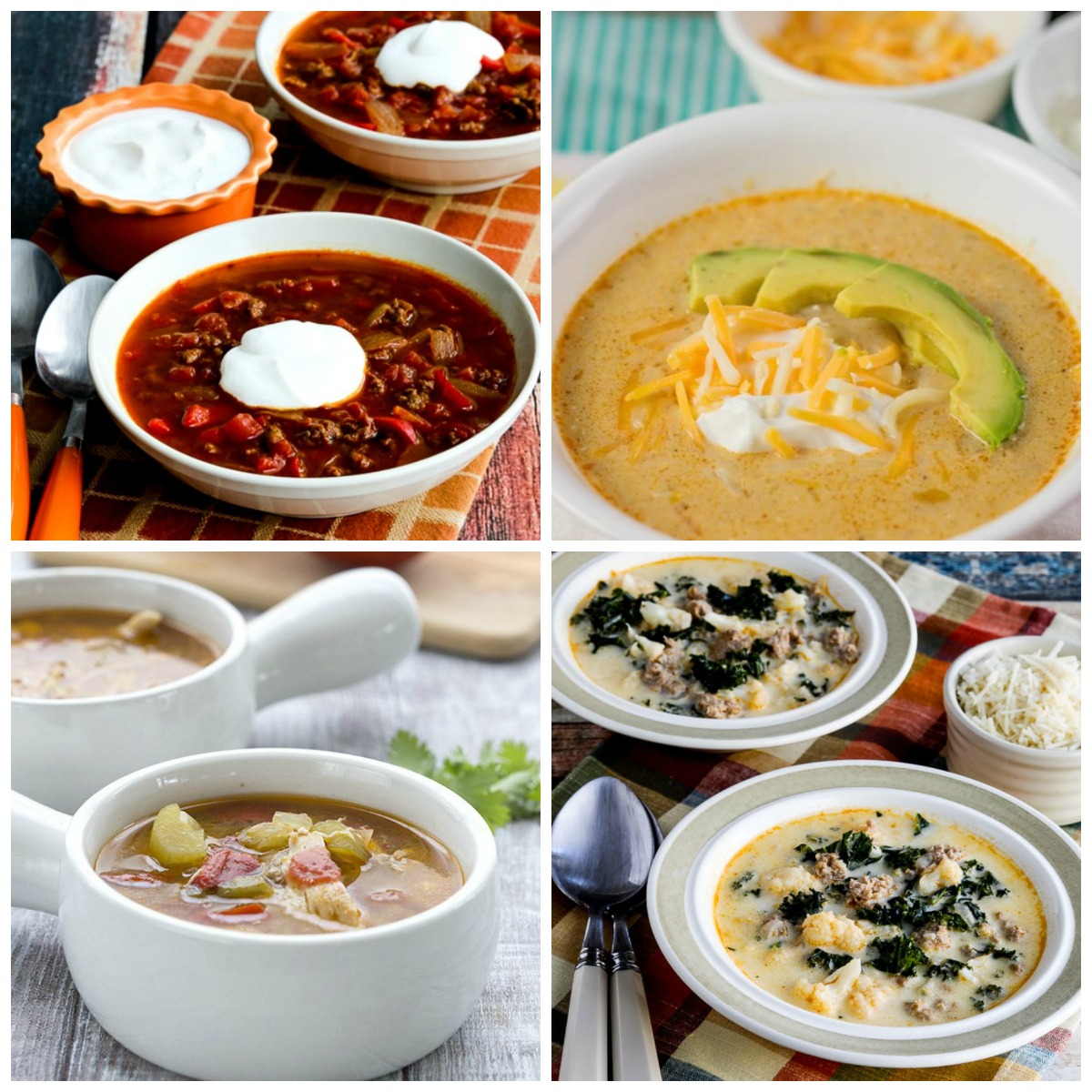 I know a lot of people need ideas to stick with a low-carb eating plan, so I want to remind you about this ultra-popular collection of 50 AMAZING Low Carb Instant Pot Soup Recipes! The Instant Pot can be such a life-saver when you’re trying to make healthy food!

And if you take a peek in my Instant Pot Archives on Kalyn’s Kitchen, it’s obvious that soup is one of my favorite things to make in the Instant Pot! When it’s dinner time and you’re wondering what’s for dinner, you can throw a few ingredients in the Instant Pot and before you know it you have a delicious soup! And there are enough low-carb Instant Pot Soups here to keep you in dinner ideas for months!

We visited blogs all over the web and checked out their Instant Pot soups to find all these amazing Low Carb Instant Pot Soups. As always, photos are copyrighted to the blog that posted the recipe; just click the recipe name under any photo to find the complete recipe on the original blog. 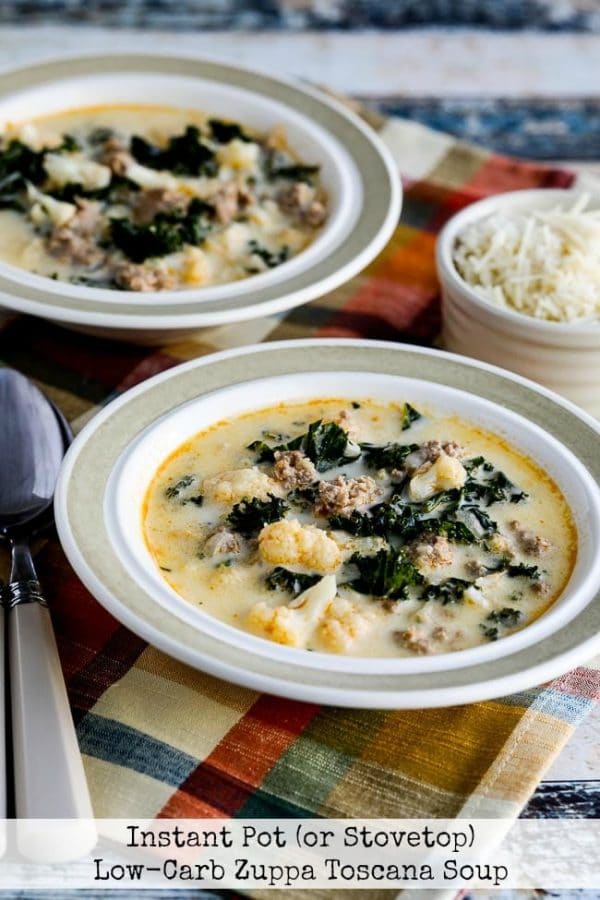 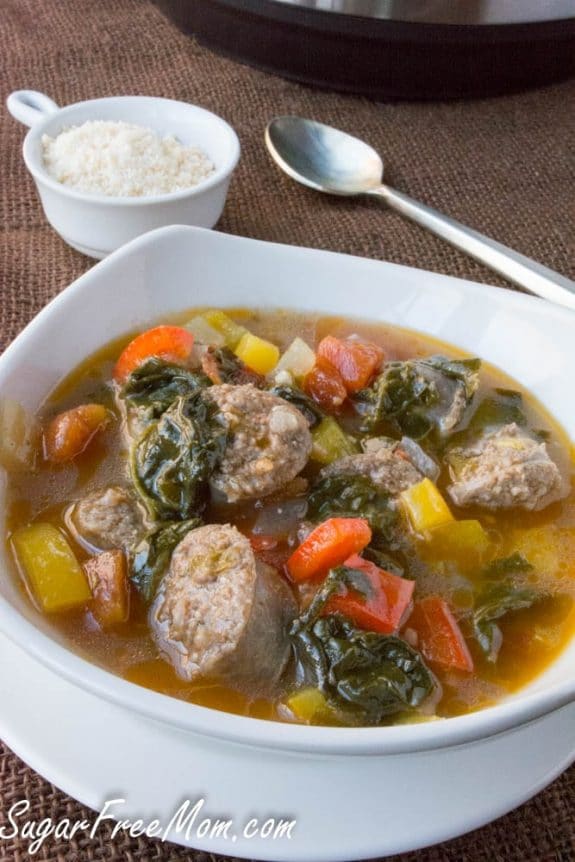 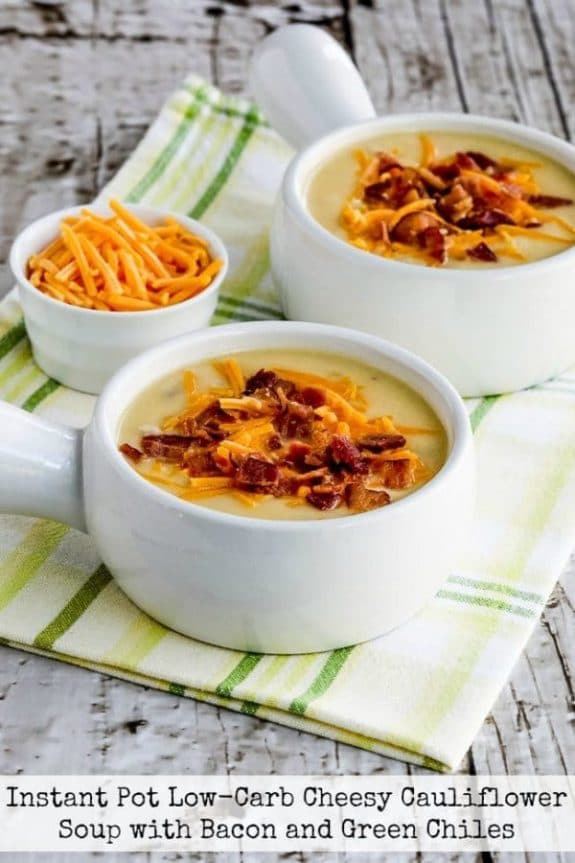 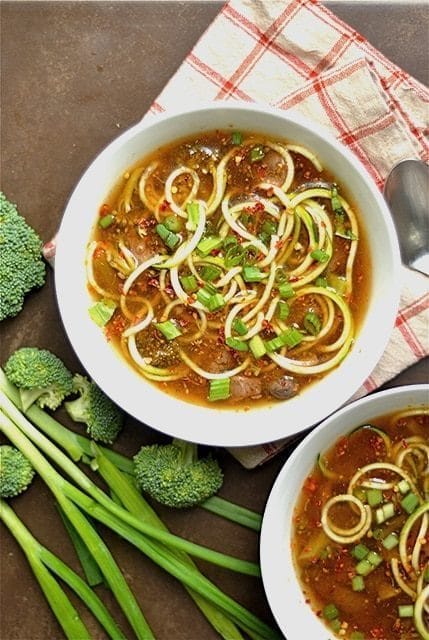 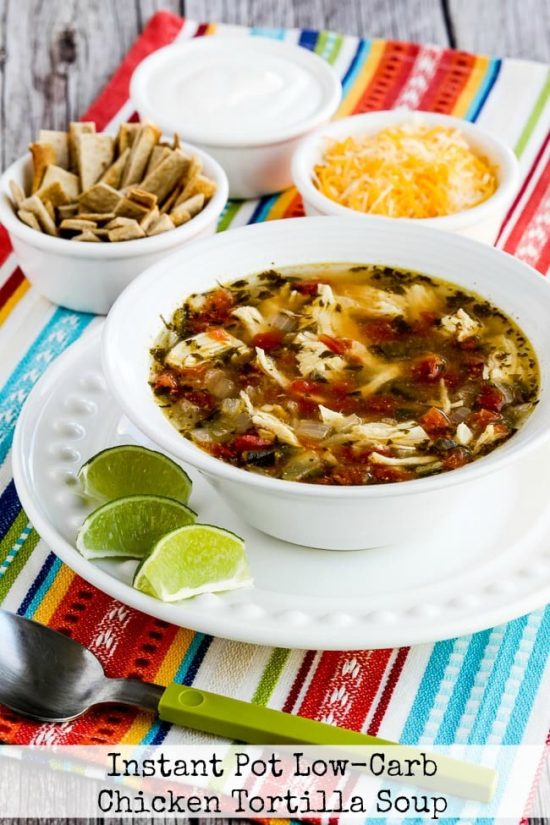 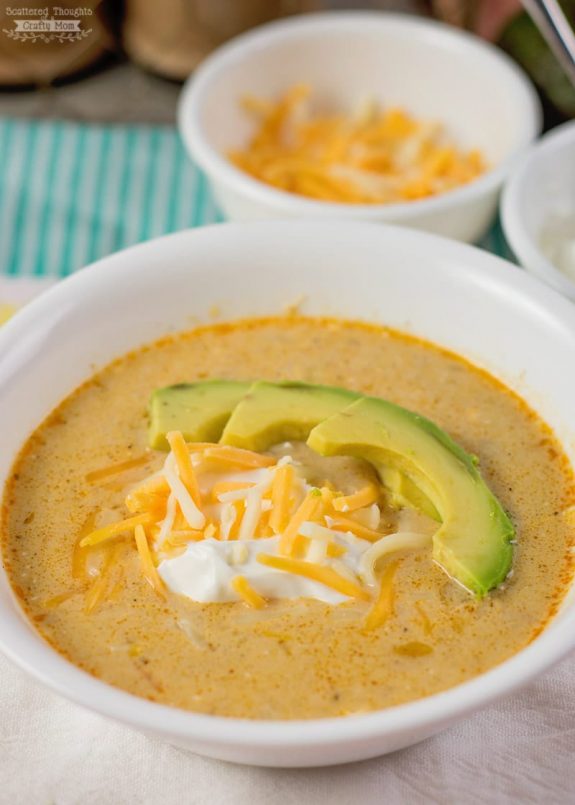 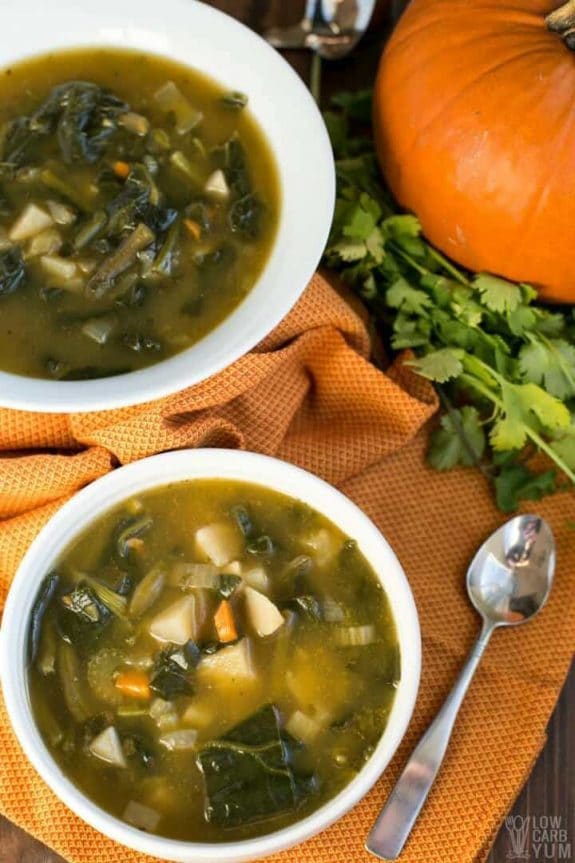 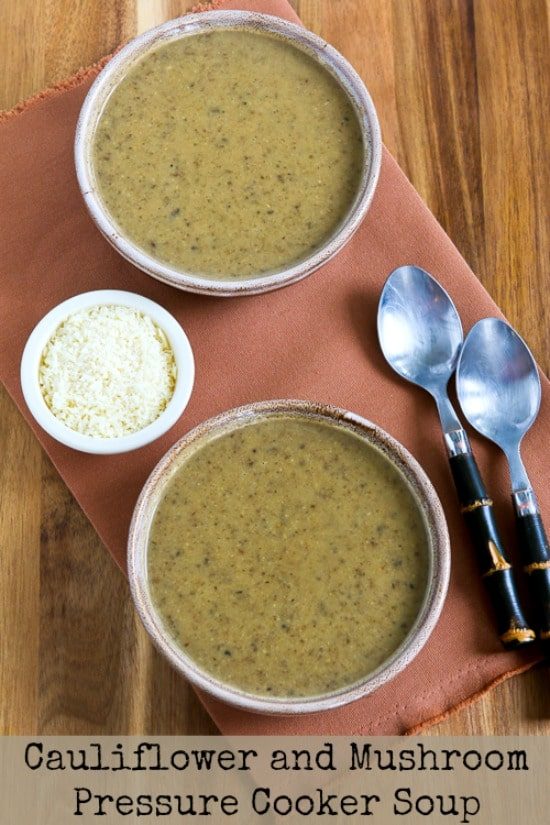 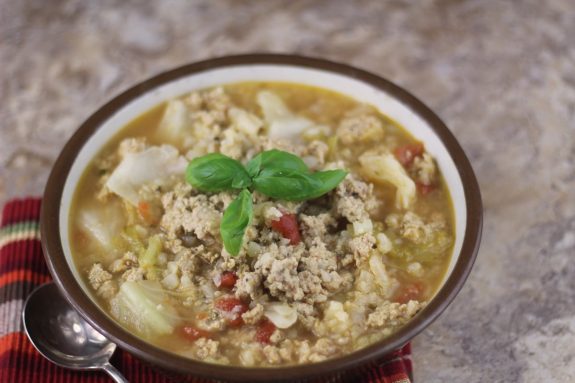 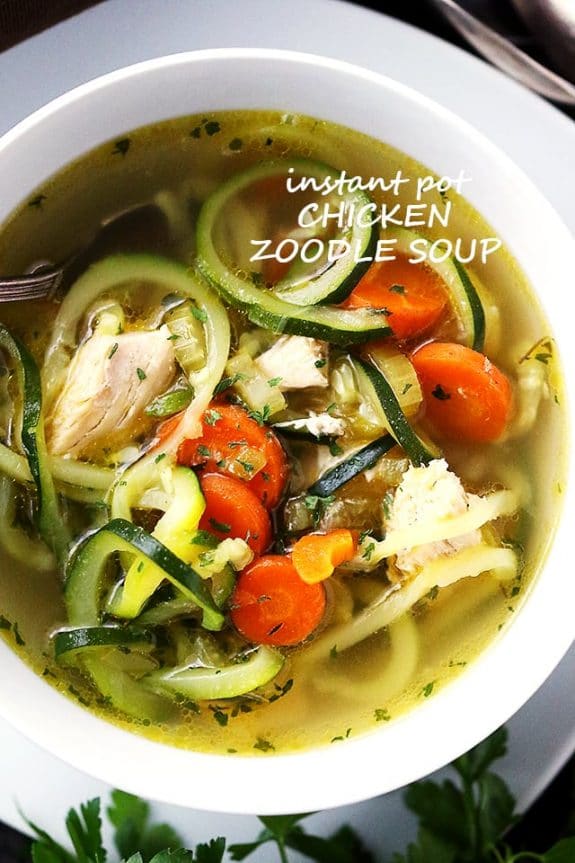 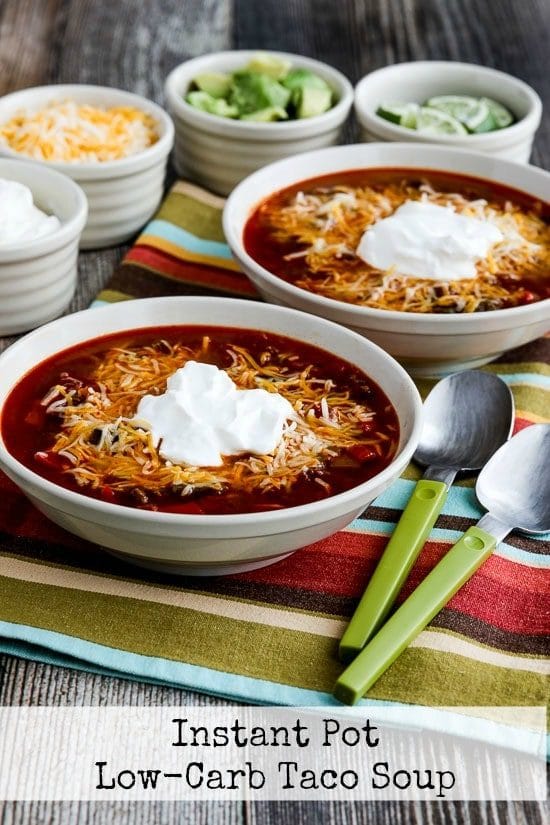 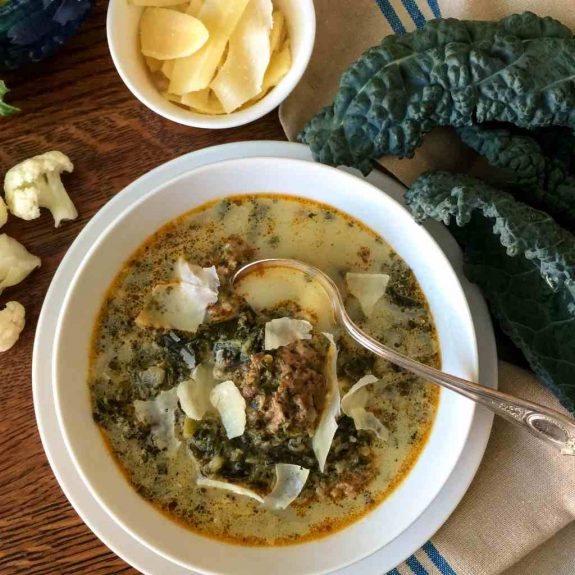 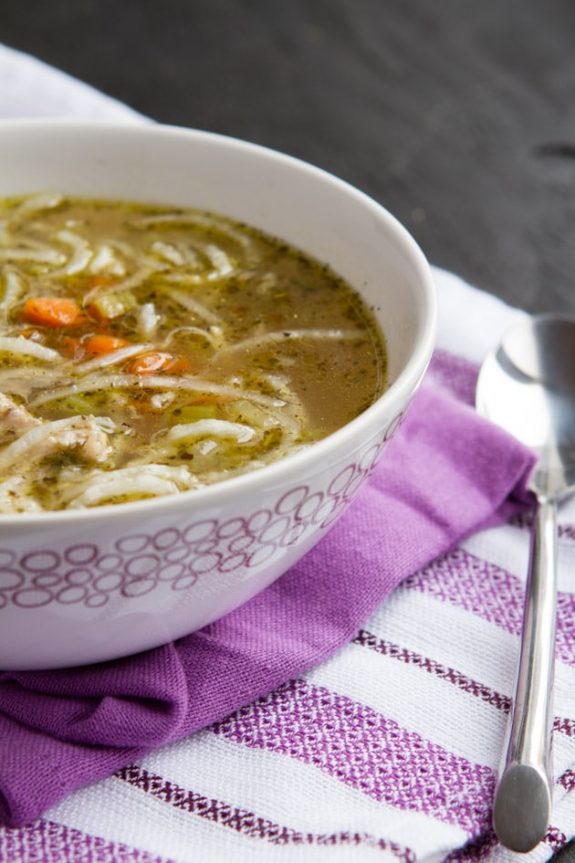 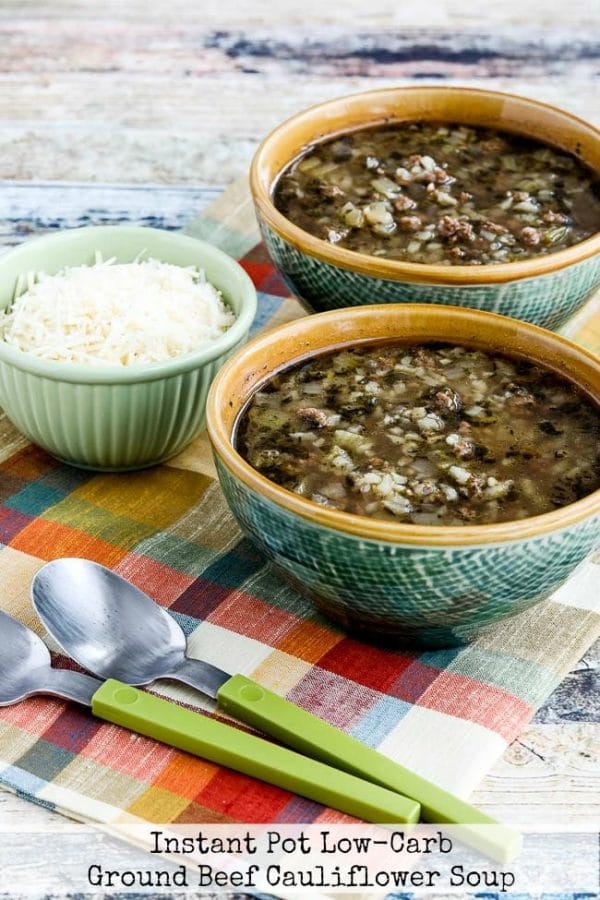 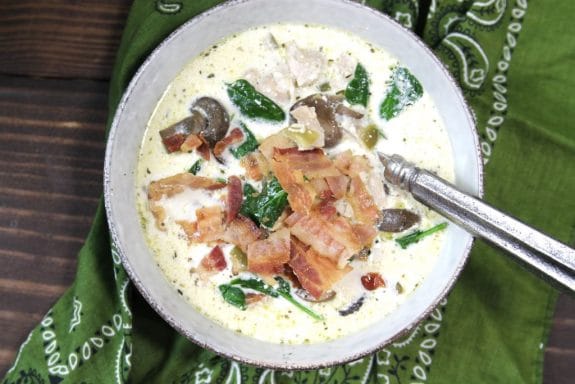 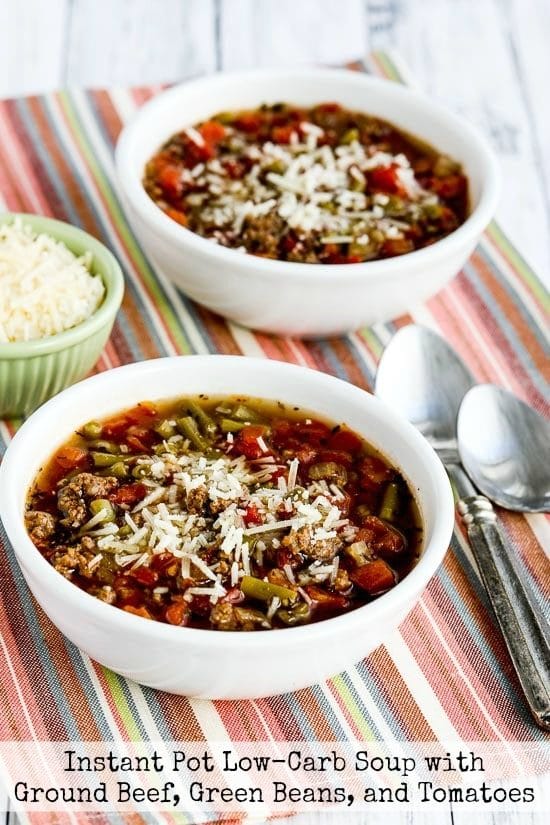 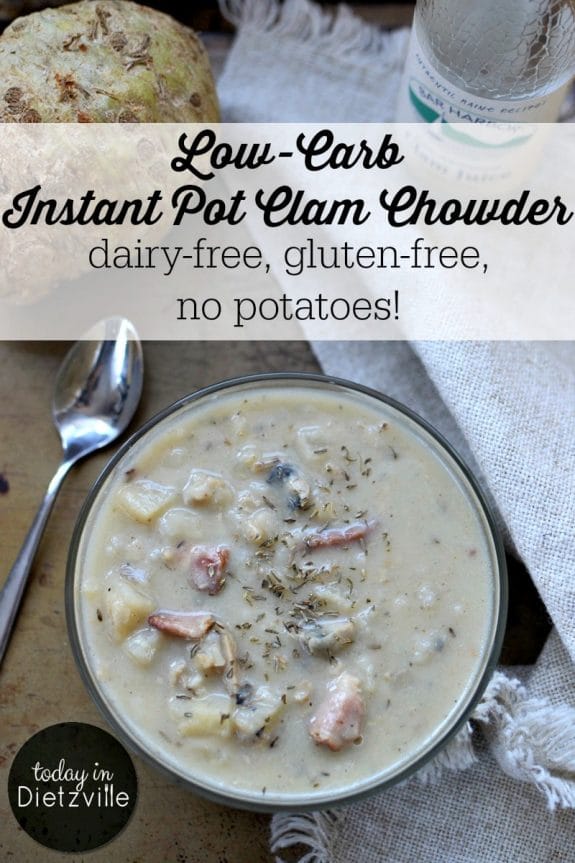 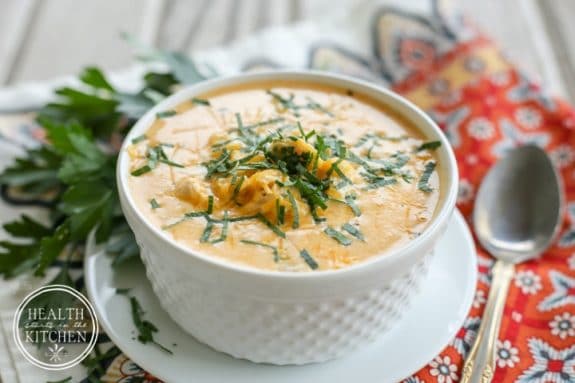 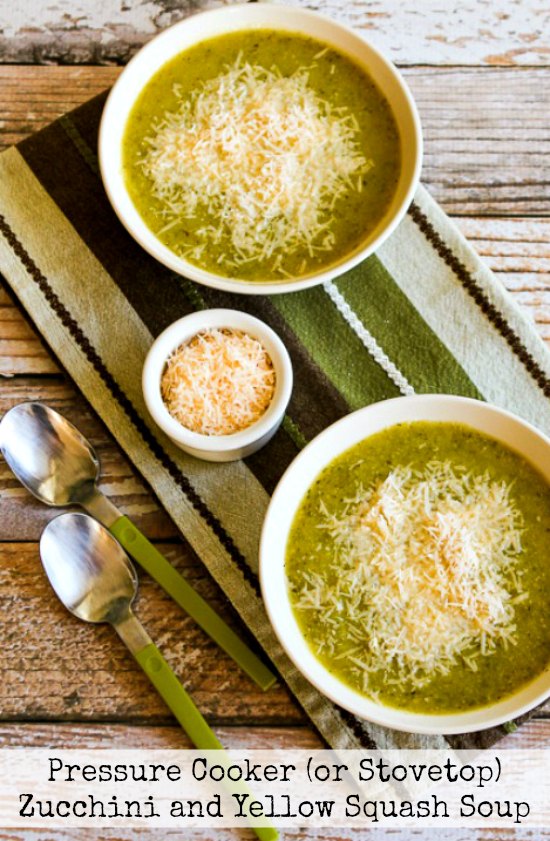 Instant Pot Chicken Soup from In the Kitchen with Kath 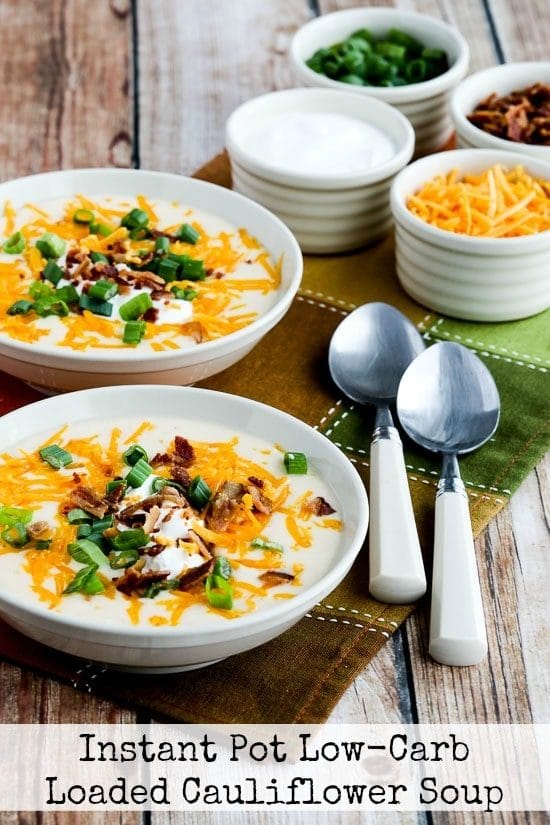 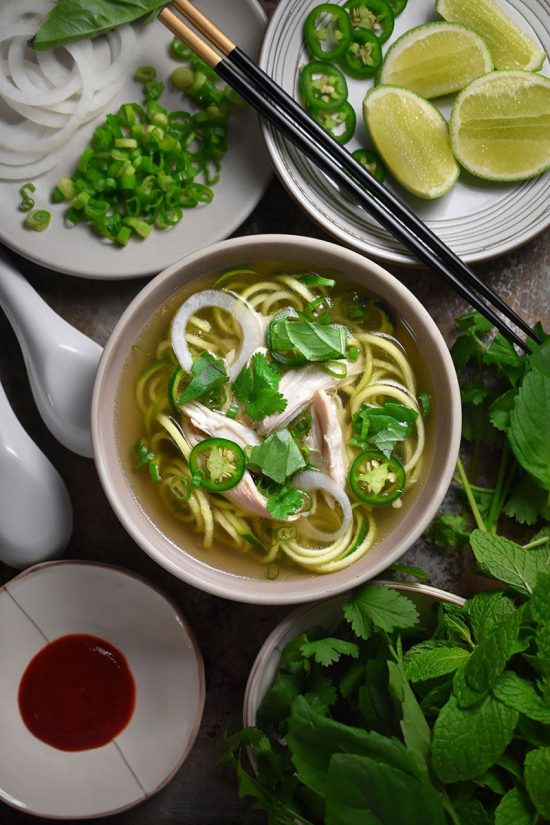 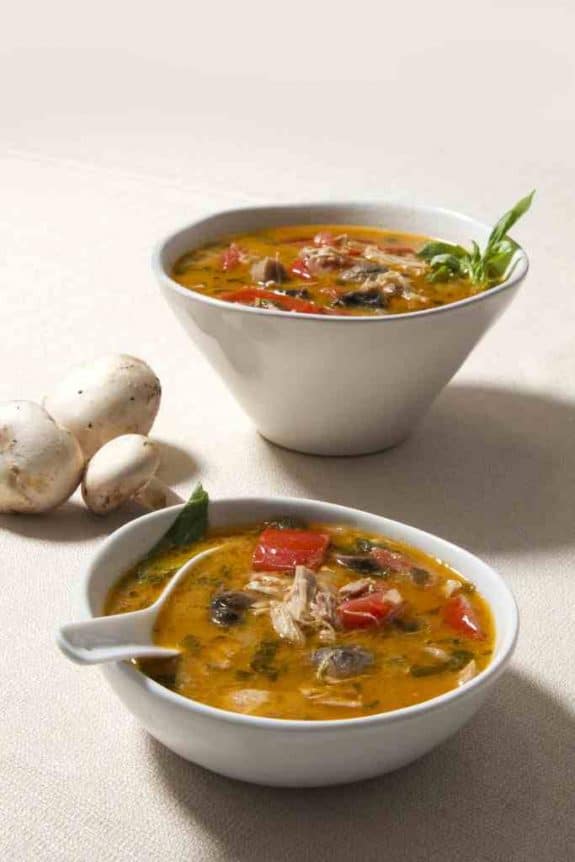 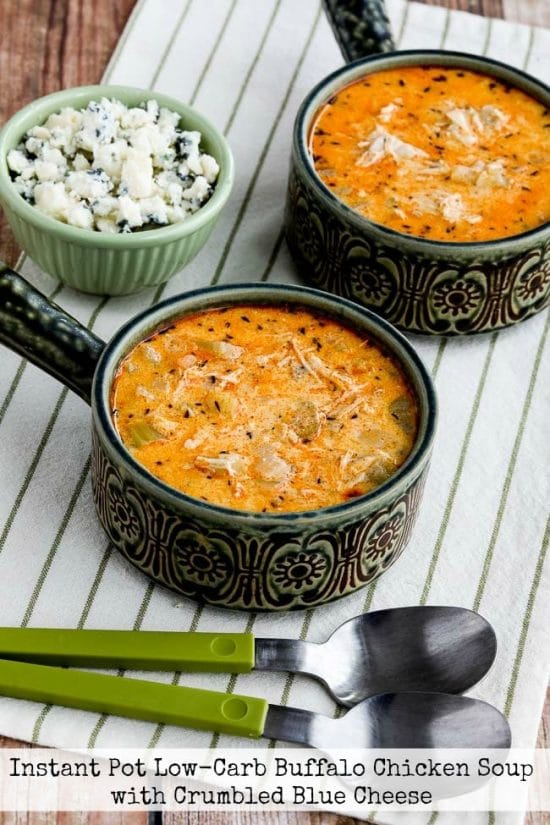 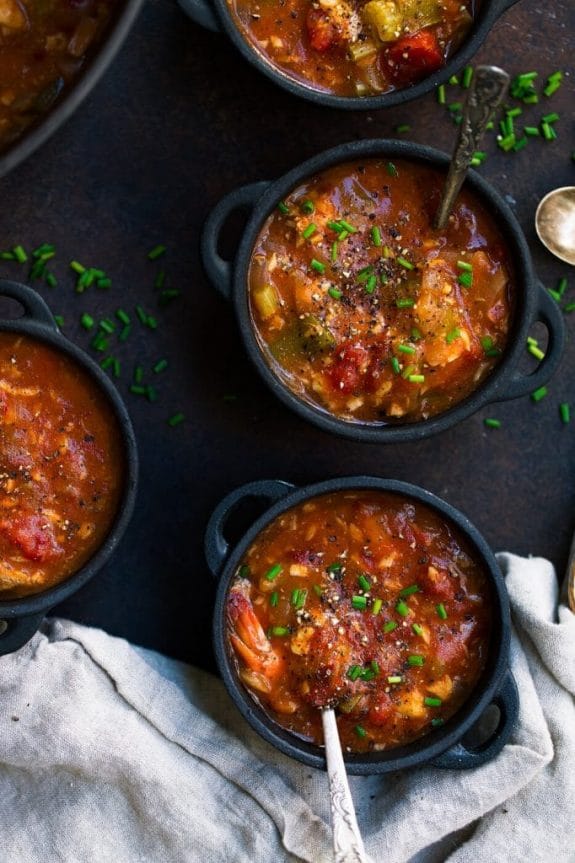 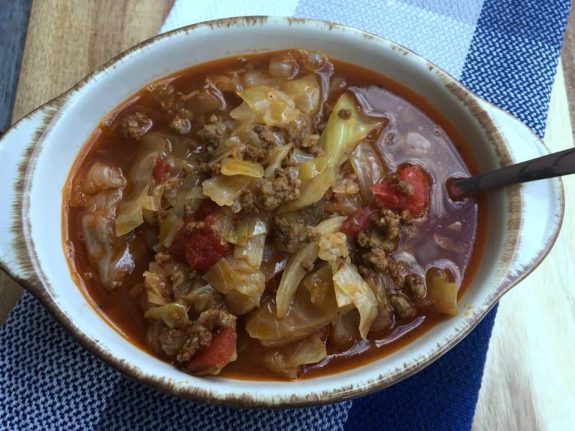 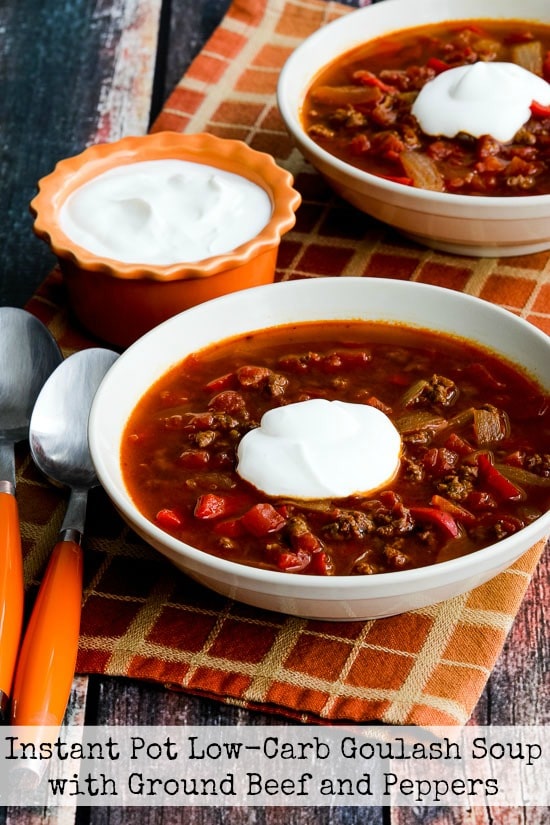 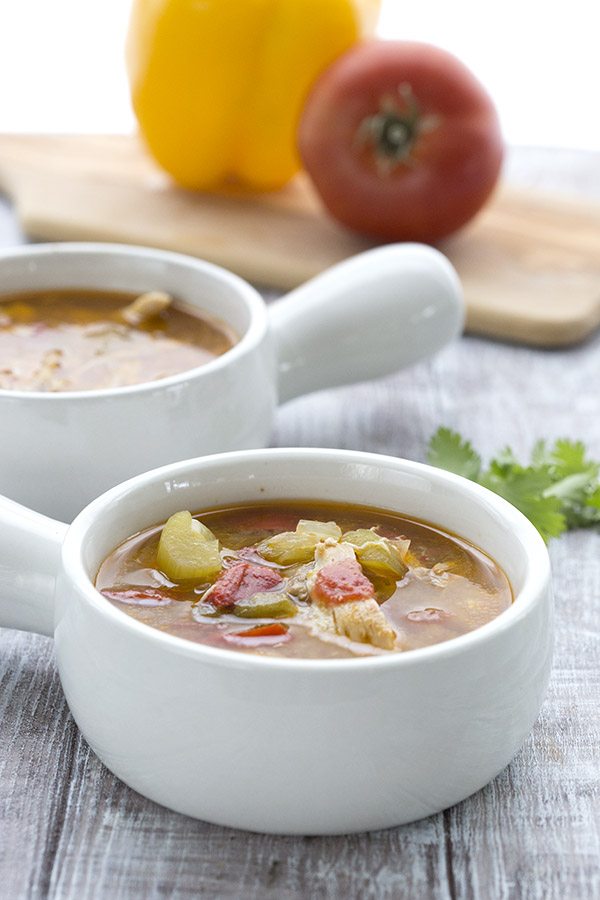 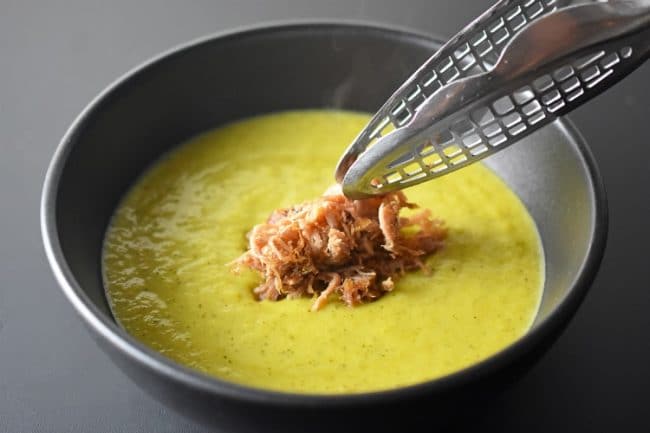