Here are some amazing and easy delicious Creamed Corn Recipes to make in the Slow Cooker or the Instant Pot! These recipes use frozen corn which makes them perfect for an easy side dish!

PIN the Creamed Corn Recipes to try some later! 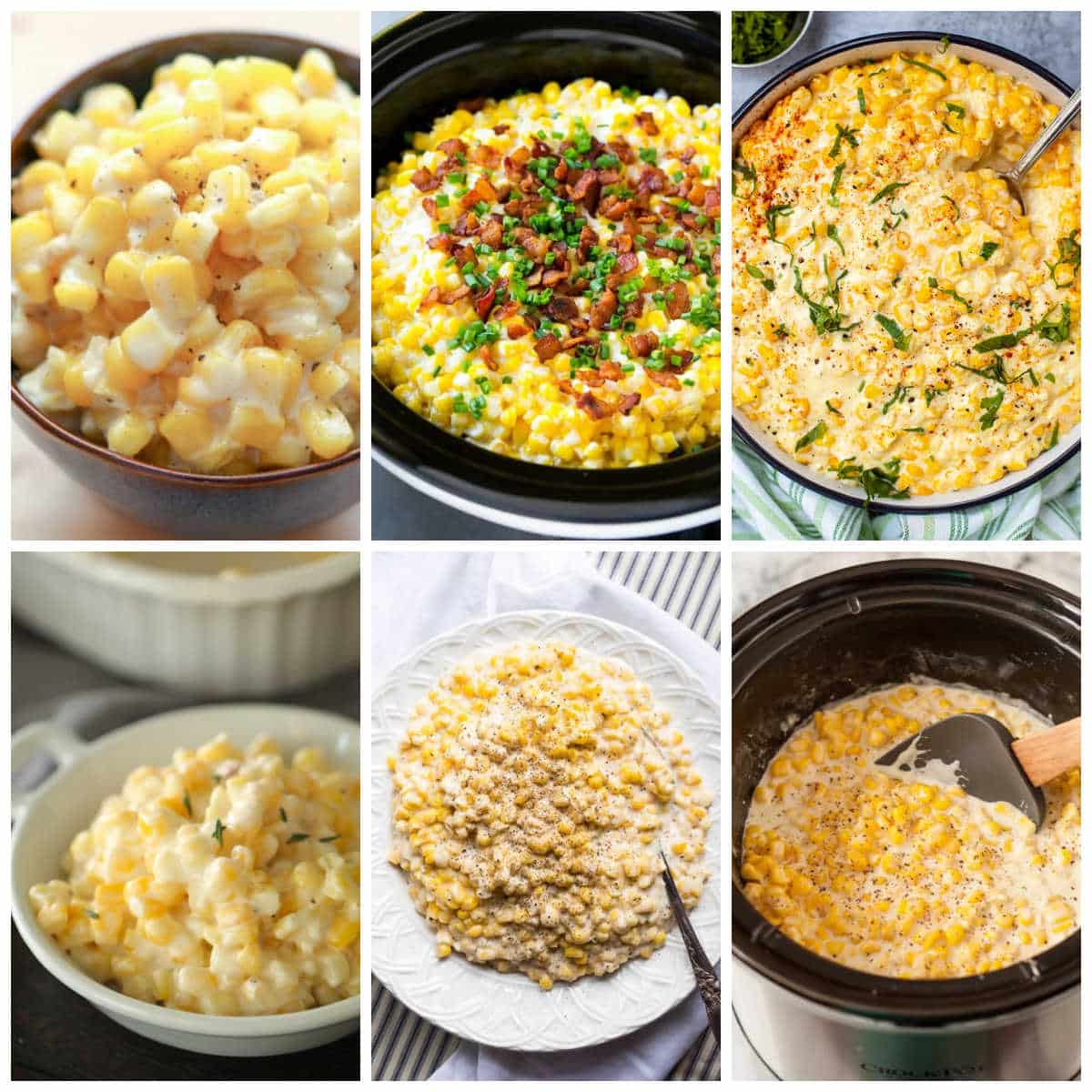 Creamed Corn for Thanksgiving is a tradition in many families, and there’s no doubt that creamed corn is a delicious idea for a holiday side dish. And these Slow Cooker or Instant Pot Creamed Corn Recipes are so easy and tasty and most of the recipes use frozen corn so you can have this for a favorite side dish any time of year!

We found more people using the slow cooker for creamed corn than the Instant Pot, but there are some options for both cooking methods here. And I bet creamed corn is going to be a popular side dish idea for most families! Would it be a hit on the Thanksgiving table at your house?

What is creamed corn?

Wikipedia says, “Creamed corn is a type of creamed vegetable dish made by combining pieces of whole sweetcorn with a soupy liquid of milky residue from pulped corn kernels scraped from the cob.” Some creamed corn recipes take it a step farther by adding cream, sour cream, or butter to the corn when it’s cooked.

Photos are copyrighted to the blog that posted the photo; just click the title under any photo to see the complete recipe on the original blog.

Check out 100 Thanksgiving Recipes That Don’t Need the Oven for lots more ideas to free up space on the stove or in the oven! 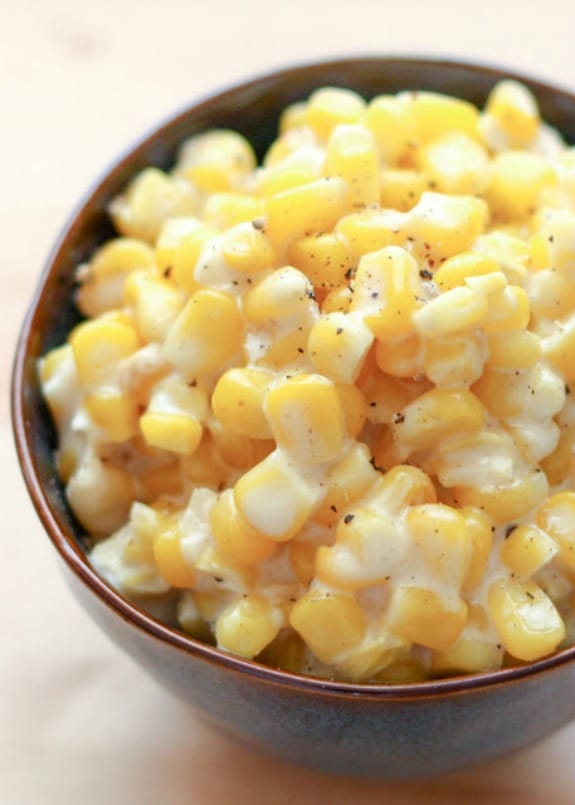 Mary from Barefeet in the Kitchen says this recipe for Rudy’s Slow Cooker Creamed Corn was something she hadn’t planned on for Thanksgiving last year, but once she made it, she just had to add it to the menu!  The recipe uses frozen corn,  and if you read the ingredients on her site I think you can imagine just how amazing this corn must be. 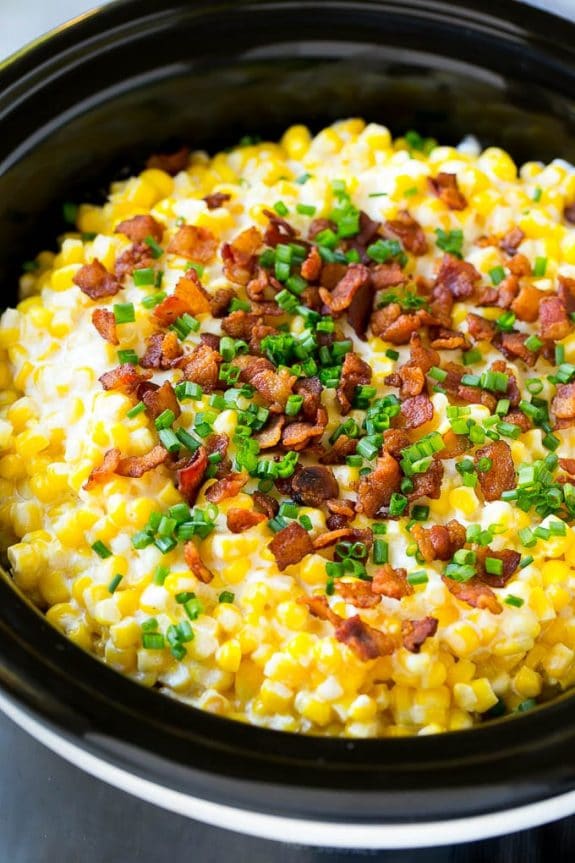 Slow Cooker Creamed Corn from Dinner at the Zoo also uses frozen corn with creamy additions, and this version adds bacon and chives on top! 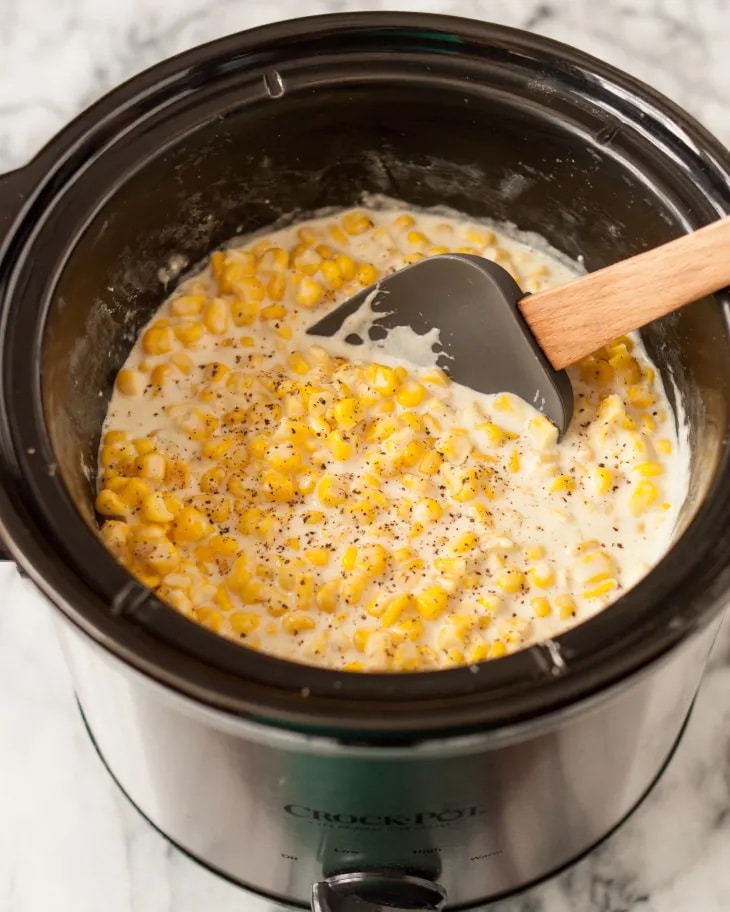 There are some good tips in the post on How to Make Slow Cooker Creamed Corn from The Kitchn! 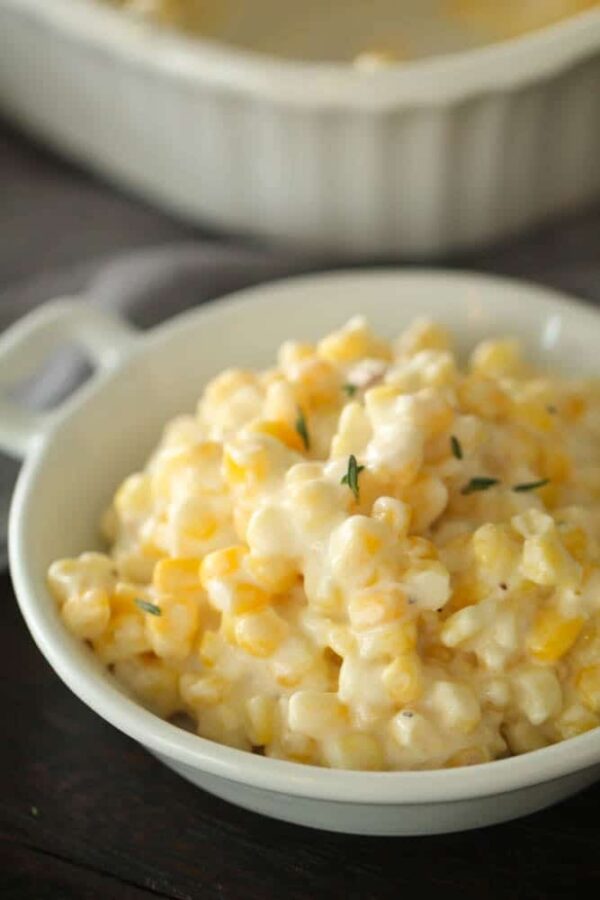 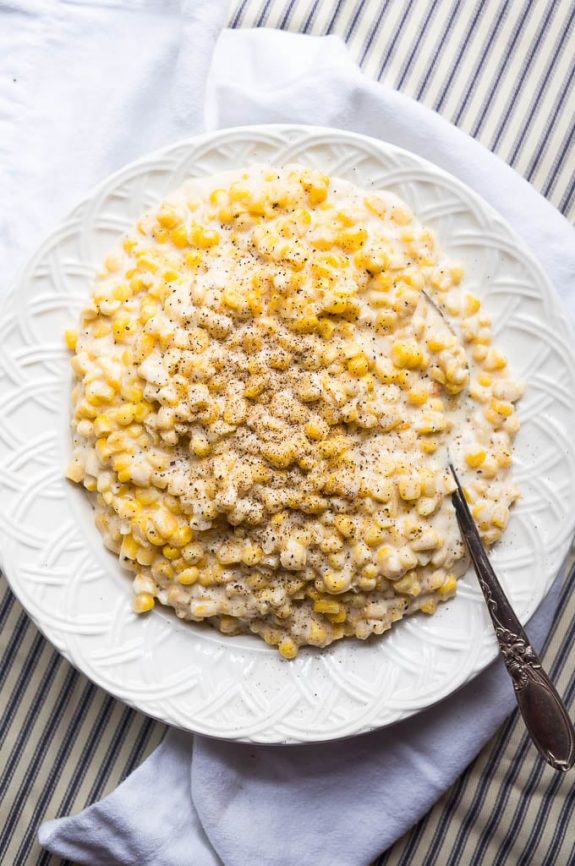 Pressure Cooker Creamed Corn from Kitschen Cat is an Instant Pot version of creamed corn that also uses frozen corn and has those creamy flavors you want in a Thanksgiving side dish! 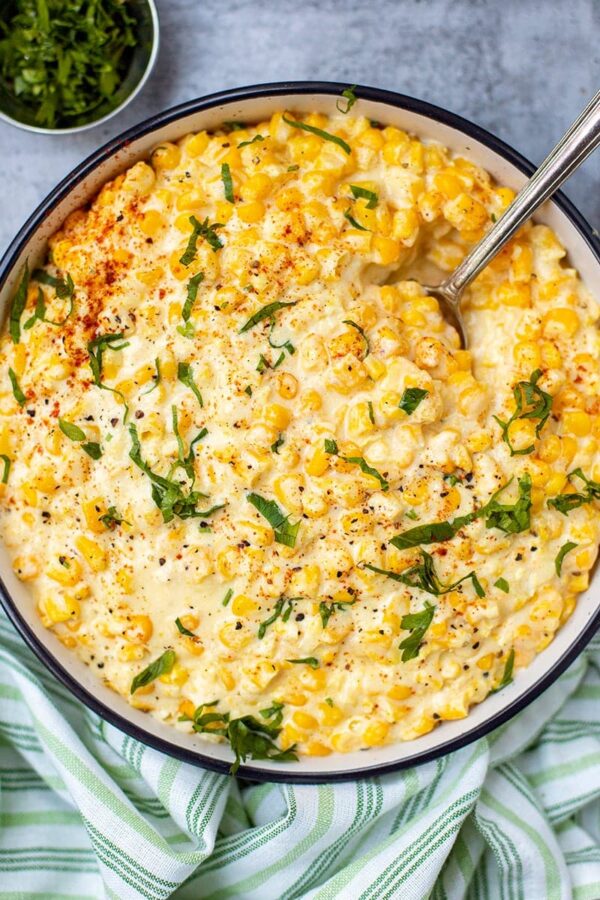 Don’t you think this Instant Pot Creamed Corn from Instant Pot Eats looks amazing for a special side dish!