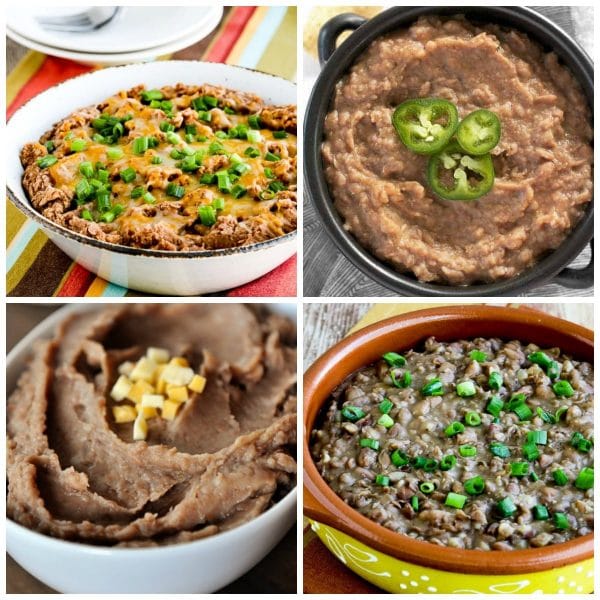 We’ve shared round-ups like The BEST Instant Pot Mexican Food Recipes and Ten Amazing Low-Carb Mexican Food Recipes to Make in the Instant Pot to help you plan your Mexican food menu. And for a Cinco de Mayo dinner you should definitely include one of the recipes from this updated collection of The BEST Slow Cooker or Instant Pot Refried Beans. You can pick which way you want to cook the refried beans, depending on what kind of day you’re having!

Each of these Slow Cooker or Instant Pot Refried Beans recipes is slightly different, so look them over and see which one fits your preferences for perfect refried beans. Then get some dried beans and make amazing refried beans for your family! All photos are copyrighted to the blogger that posted the recipe; just click the recipe name under any photo to see the complete recipe on the original site. 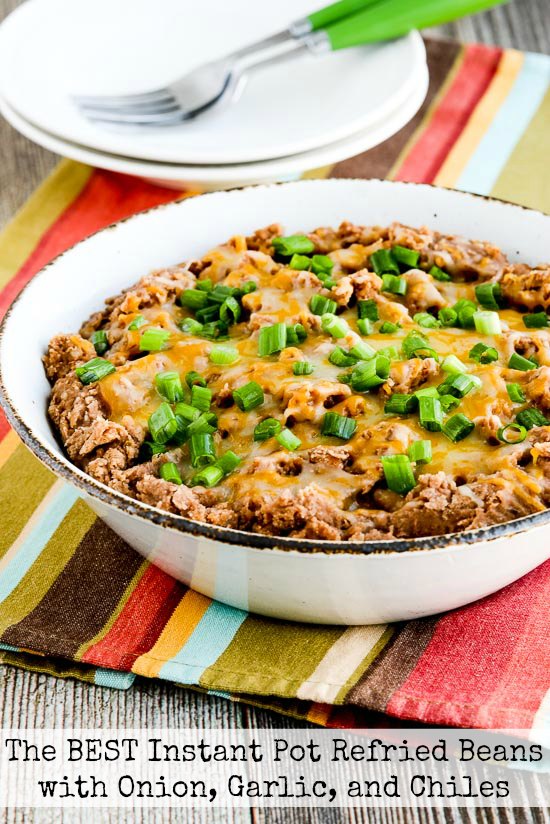 The BEST Instant Pot Refried Beans with Onion, Garlic, and Chiles from Kalyn’s Kitchen are my favorite refried beans that I’ve made over and over, and these beans really are the best! 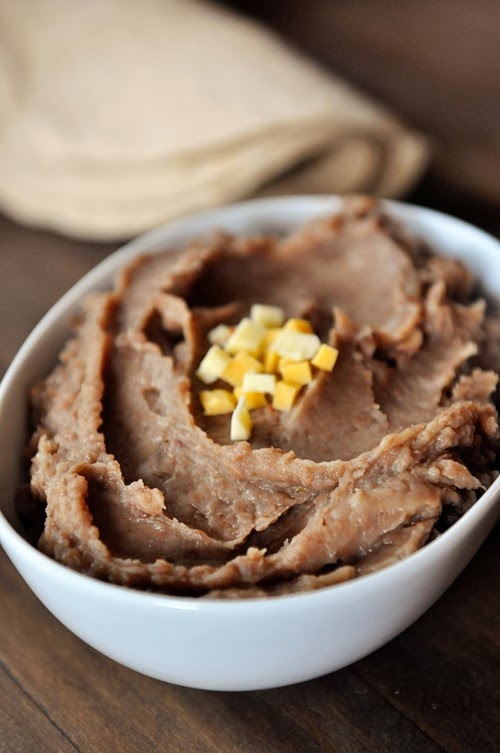 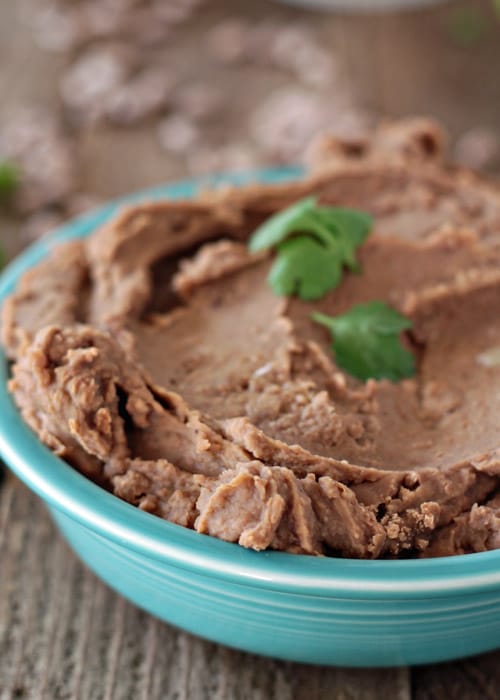 Kare from Kitchen Treaty tried this recipe for Easy Vegetarian Crock Pot Refried Beans without Lard seven times before she was satisfied with them, so you know this recipe has to be good! 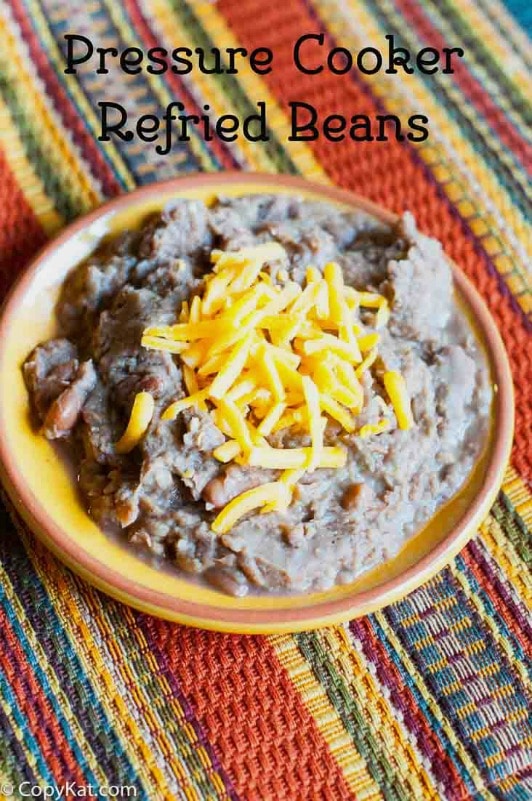 Stephanie says she uses her Instant Pot to make these Pressure Cooker Refried Beans from CopyKat Recipes, and these beans sound like they have great seasonings. 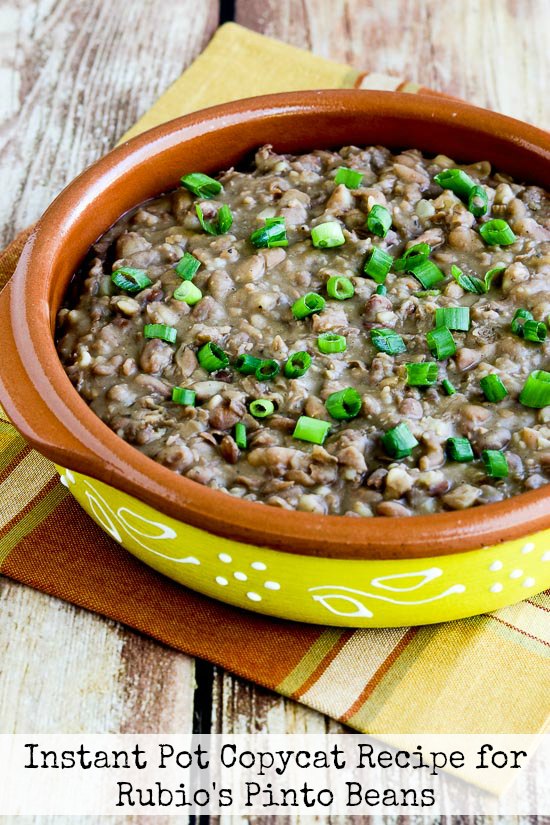 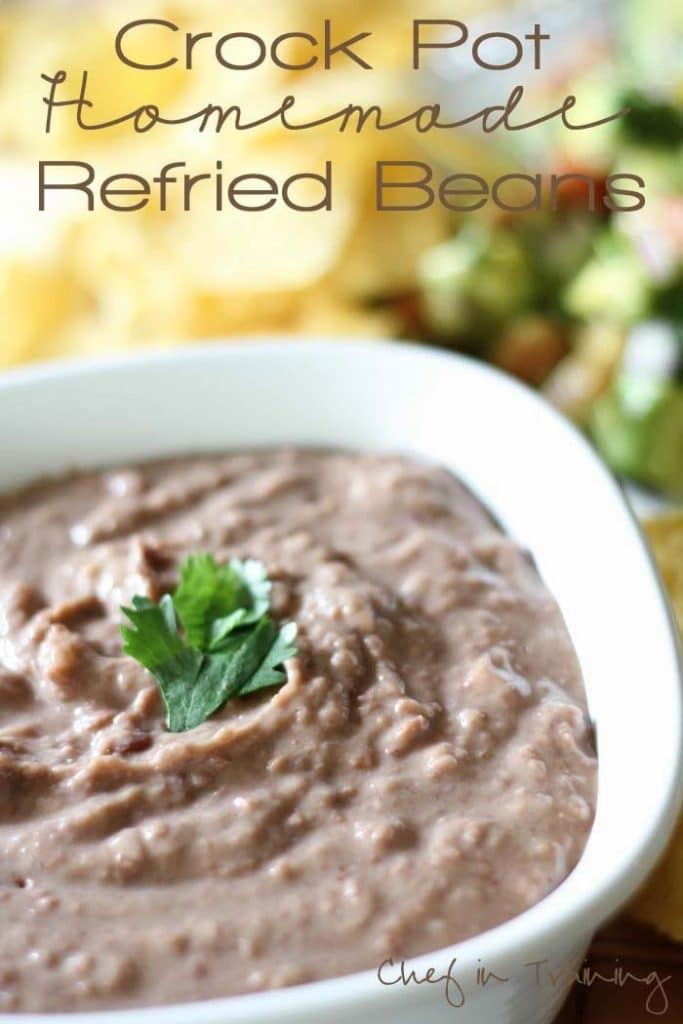 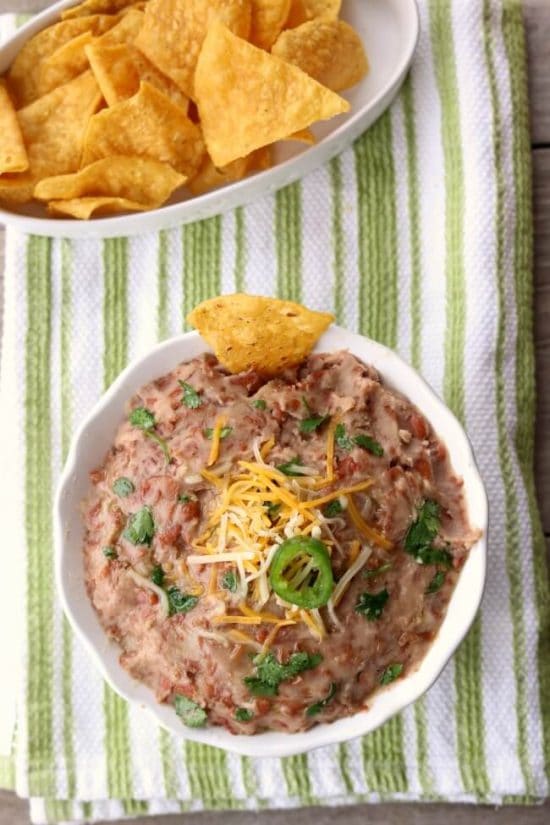 Karen from 365 Days of Slow + Pressure Cooking says she loves to make refried beans in the Instant Pot and her Instant Pot Refried Beans look great to me! 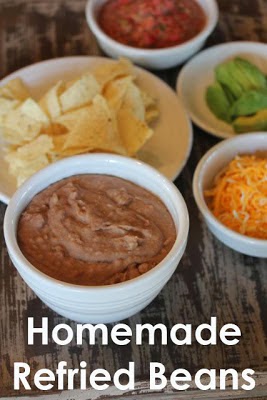 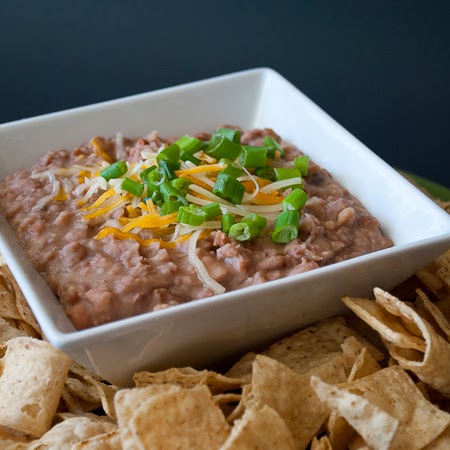 CrockPot Refried Beans from Real Mom Kitchen have no added fat and they start with dried unsoaked beans. 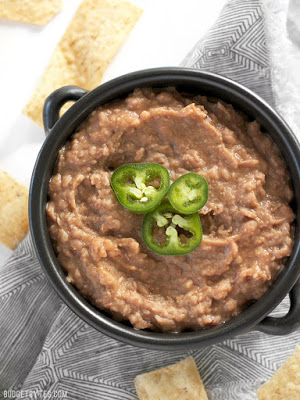 NOT Refried Beans from Budget Bytes are mashed right in the slow cooker, and these beans have jalapeno for a touch of spiciness. 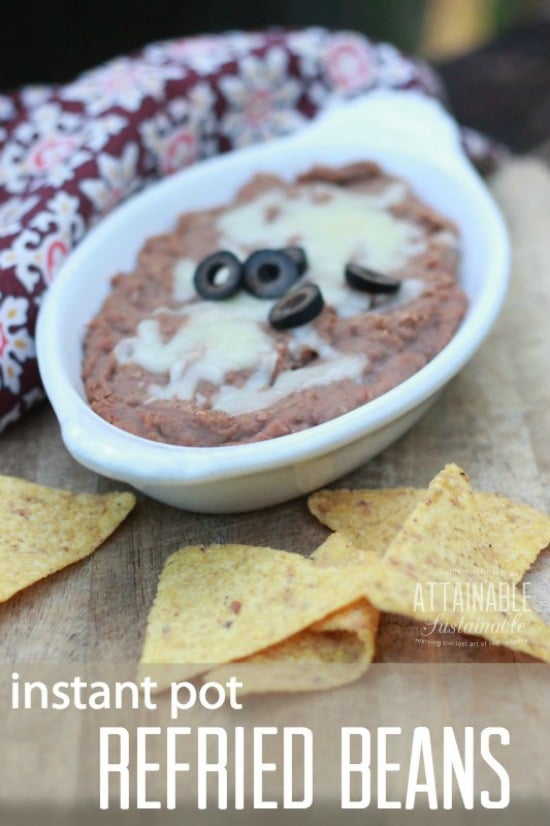 I think the Instant Pot Refried Beans from Attainable Sustainable look amazing, and there’s also a link in that post to Kris’ recipe for Slow Cooker Refried Beans if you want to check that out.

Check out The BEST Slow Cooker Mexican Food Recipes!
Use the Index for Beans and Legumes to see all the recipes using beans that have been featured on this site.