Using one of these Stuffing Recipes for the Slow Cooker or Instant Pot can really help free up oven space for a holiday meal! Have you tried making stuffing this way?

PIN the Stuffing Recipes to try some later! 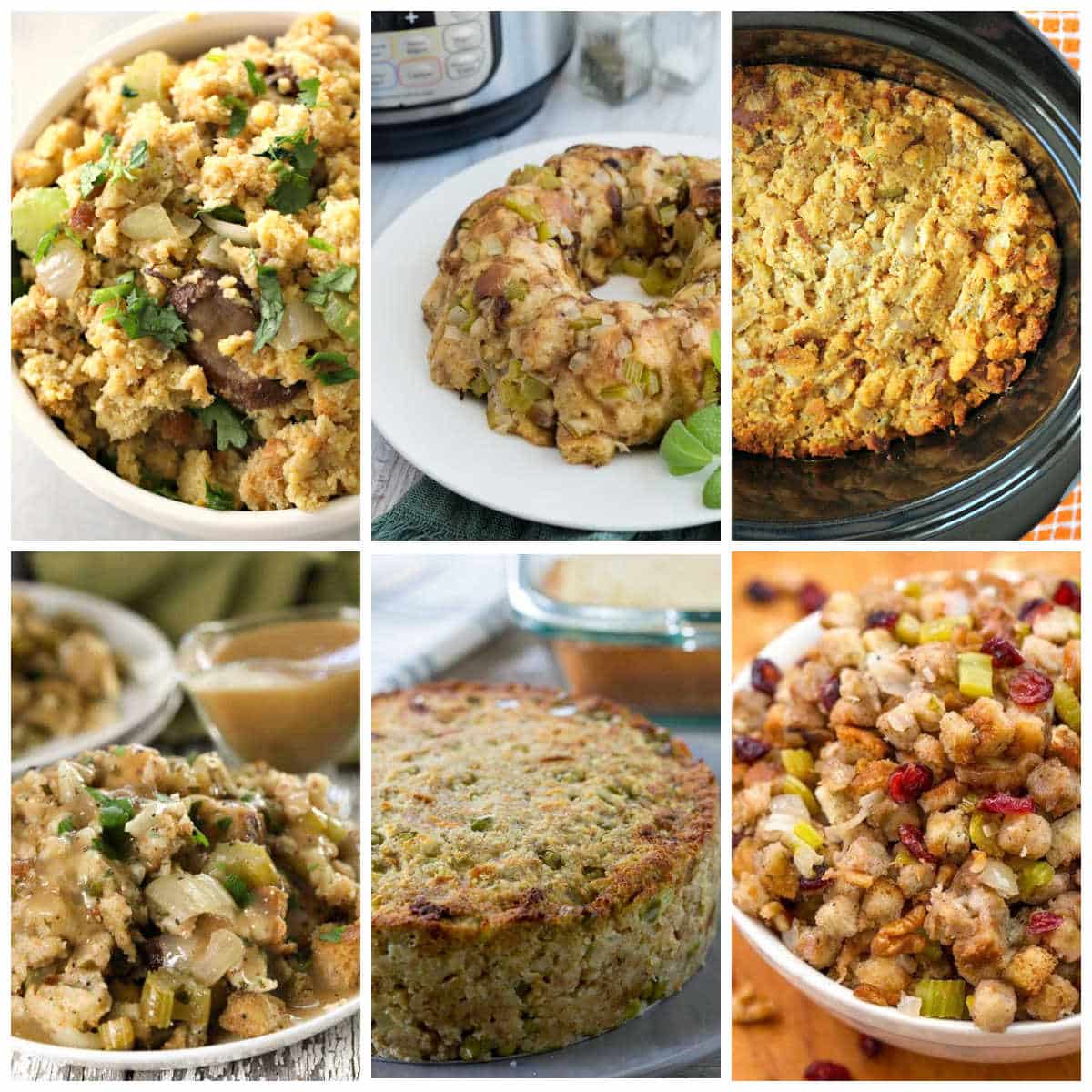 Thanksgiving is my favorite holiday, and I love using the slow cooker or the Instant Pot to free up oven space! And there are so many tasty stuffing ideas in this collection of Slow Cooker and Instant Pot Stuffing Recipes! What do you think about this idea as a way to make stuffing when there’s no room in the oven?

I was surprised at what a variety of Stuffing Recipes we found, and all them look delicious to make in either the slow cooker or the Instant Pot. If you want those crispy bits on the edges, I’d switch the stuffing to an uncovered pan and cook it at a high temperature in the oven for 15-20 minutes while you carve the turkey.

Just click any recipe title to see the complete recipe on the original site. All photos are copyrighted by the site that published the recipe.

Check out our HUGE collection of 100 Thanksgiving Recipes that Don’t Need the Oven for more ideas for using the Slow Cooker or the Instant Pot for Thanksgiving! 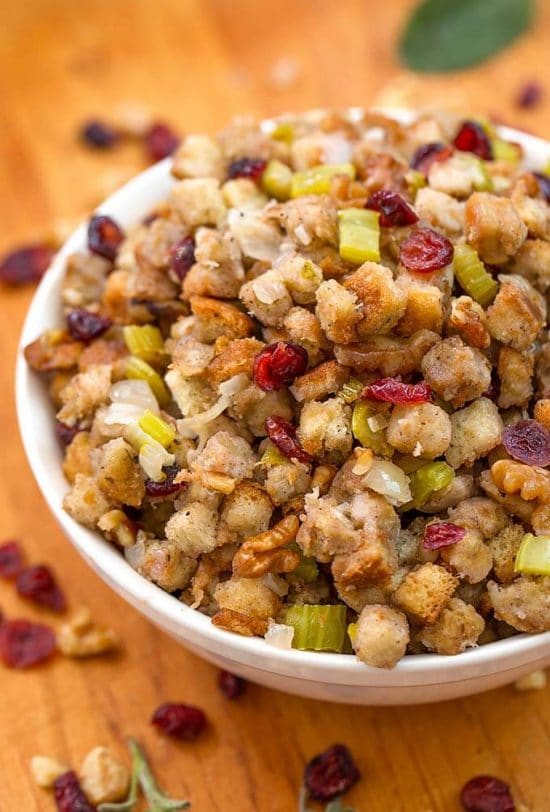 I love the addition of dried cranberries to this Instant Pot Stuffing from Simply Happy Foodie! 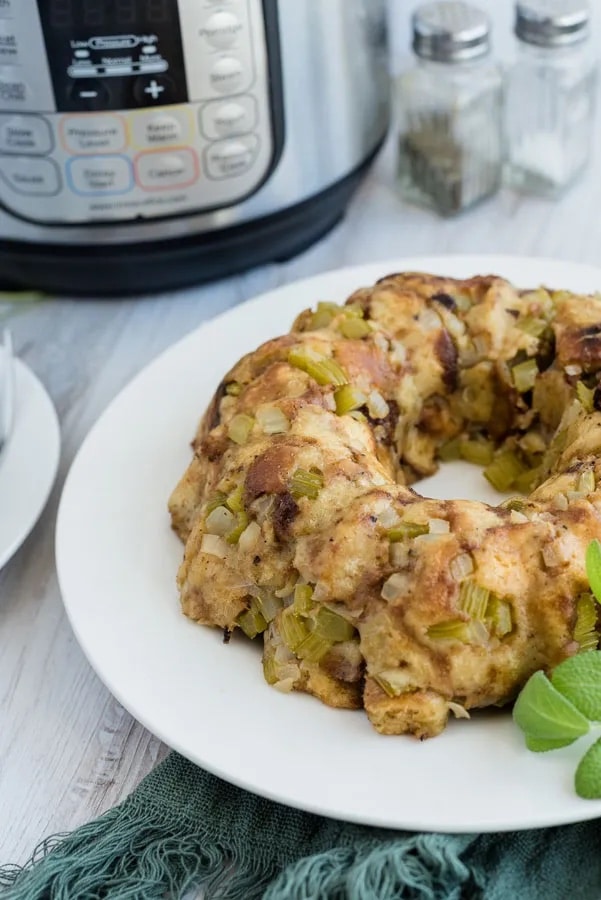 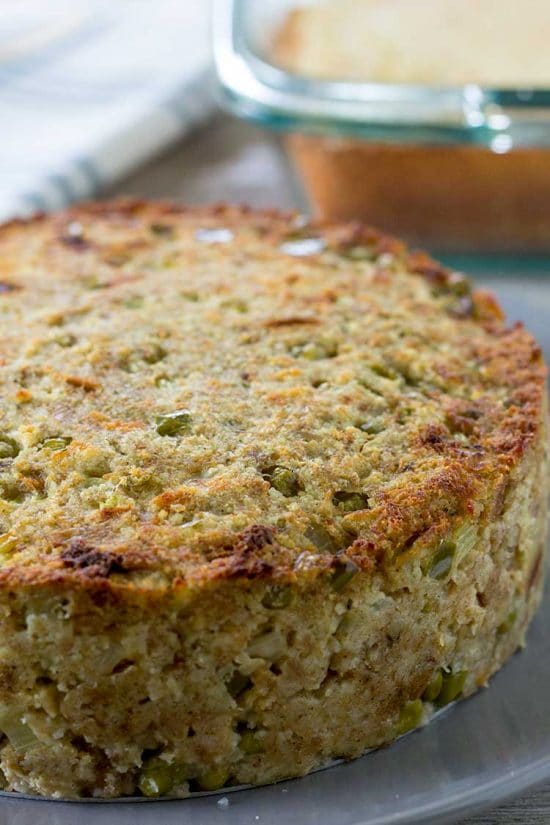 This delicious-looking Instant Pot Cornbread Stuffing from A Foodie Eats has a mixture of cornbread and bread stuffing with some interesting ingredients added! 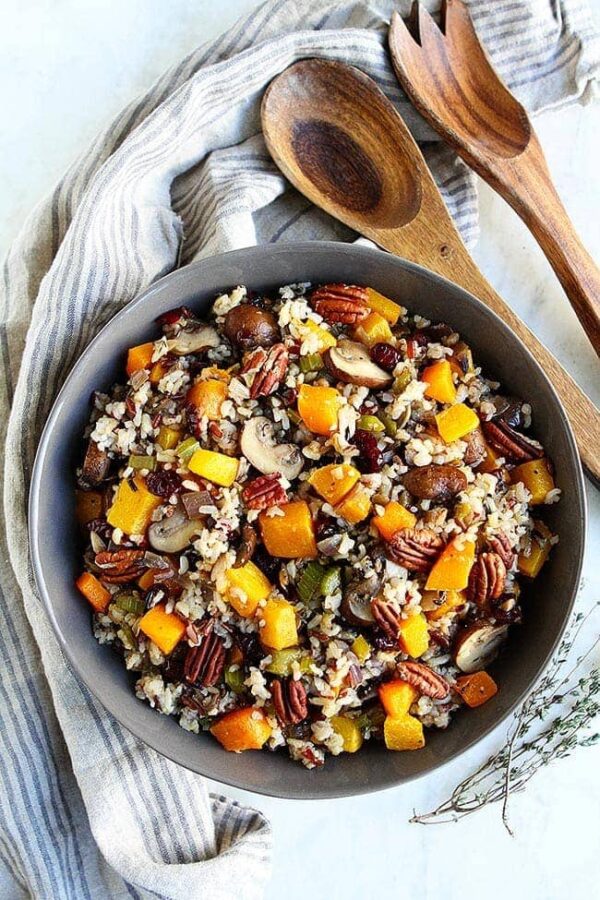 And I love the looks of this Wild Rice Stuffing from Two Peas and Their Pod that can be made in the Instant Pot! 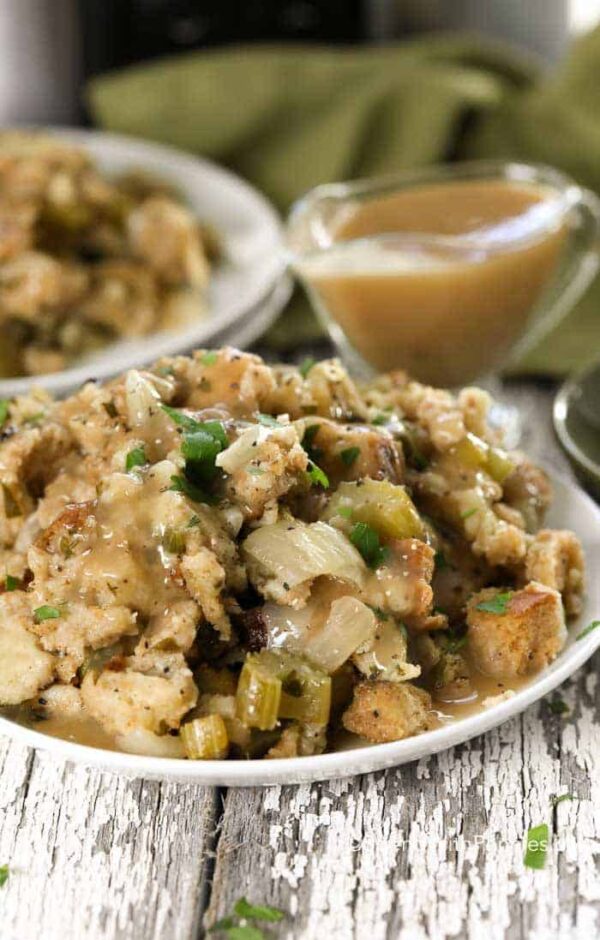 Crock Pot Stuffing from Spend with Pennies looks delicious, and Holly says this is an easy, make-ahead side dish. 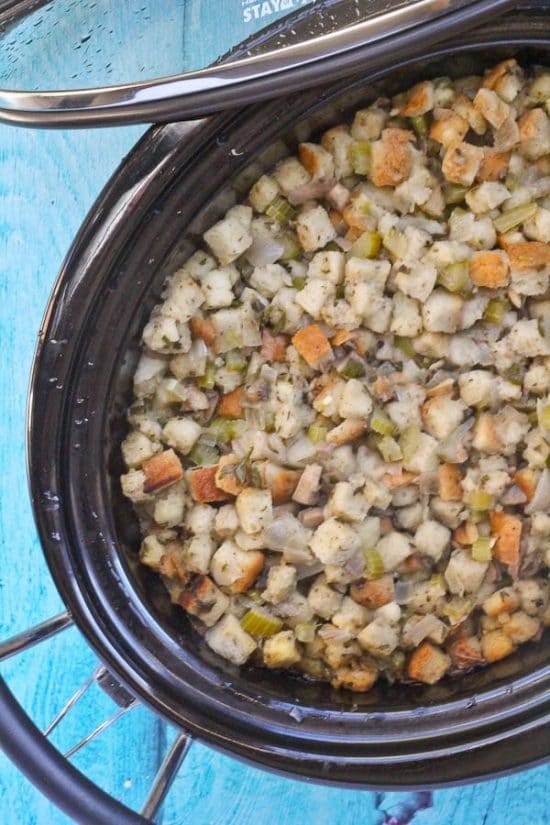 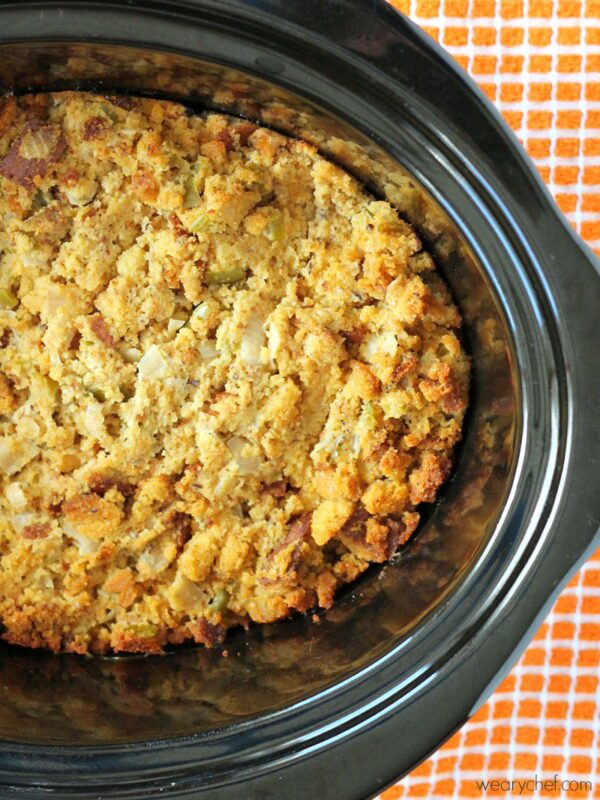 Slow Cooker Gluten-Free Cornbread Dressing from The Weary Chef is a great option for anyone who needs a stuffing that’s gluten-free! 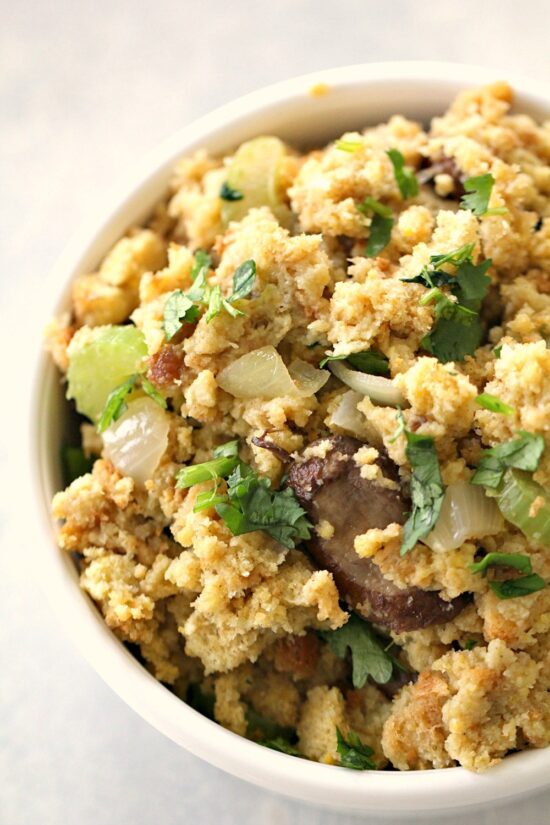 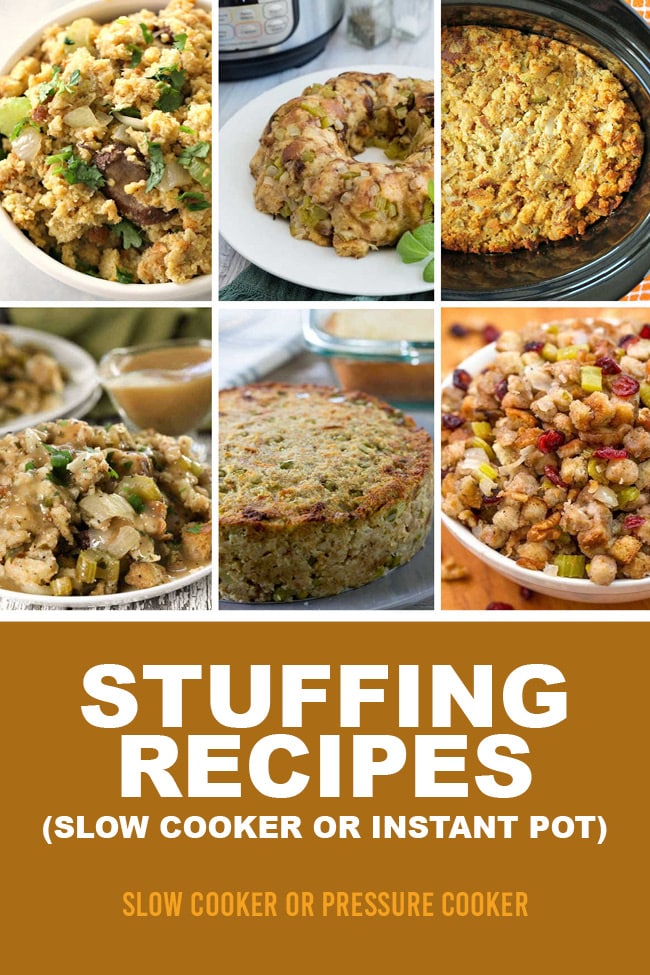