Here are Slow Cooker or Instant Pot Recipes for Cooking Corn, because corn is a family favorite side dish any time of year! 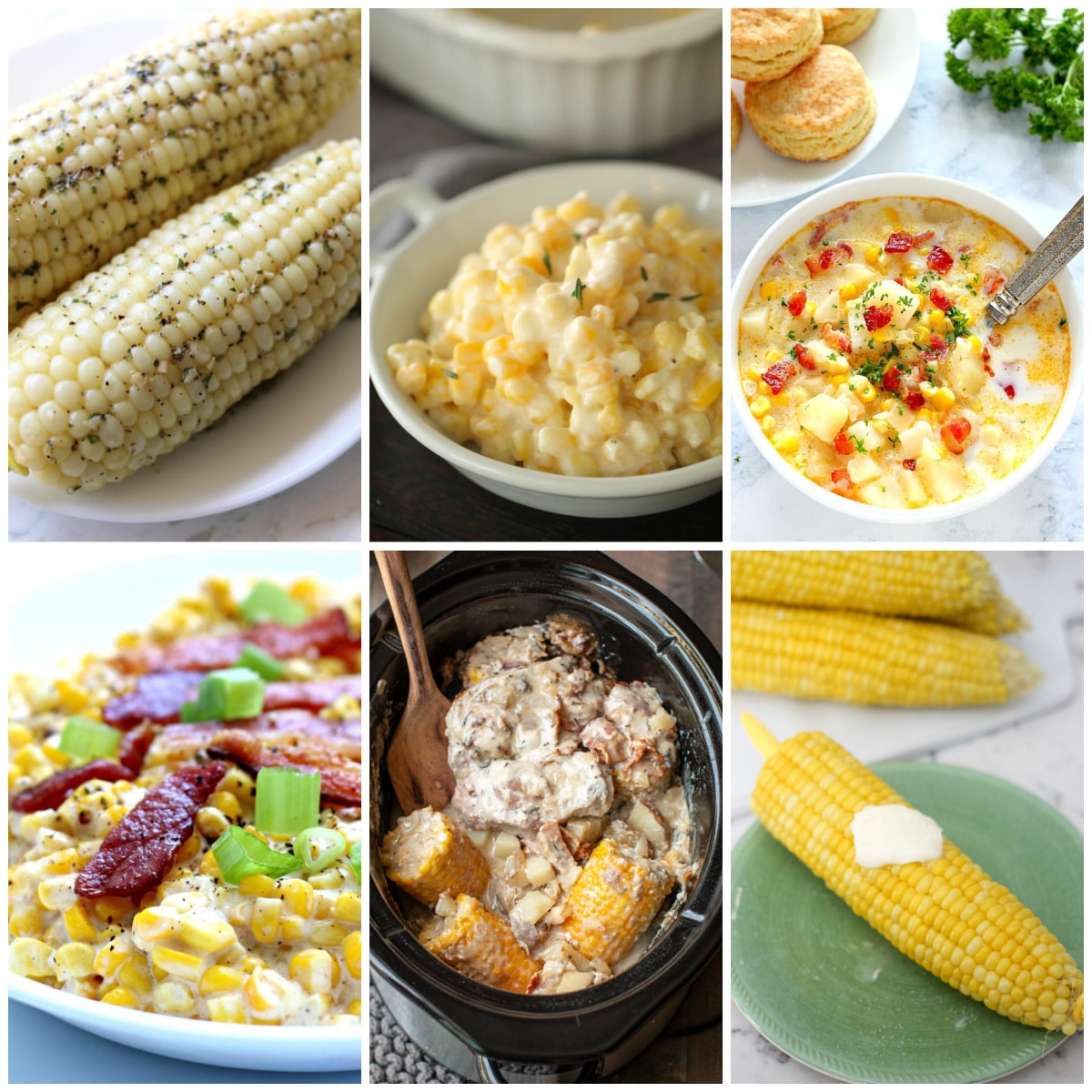 Corn is a vegetable that’s a favorite with kids, which is why many families serve it as a side dish all year long. So today we’re featuring Slow Cooker or Instant Pot Recipes for Cooking Corn! Check out the options and see which corn recipes are going to be a hit a your house!

You can make Slow Cooker or Instant Pot Corn on the Cob and your sweet summer corn can cook while you enjoy reading a book or relaxing with a tall glass of something cool. And when it’s not corn-on-the-cob season there are ideas here for delicious creamed corn or other corn dishes that the family is going to like.

All photos are copyrighted to the site that posted the recipe. Just click the recipe name under any photo to see the complete recipe on that site. 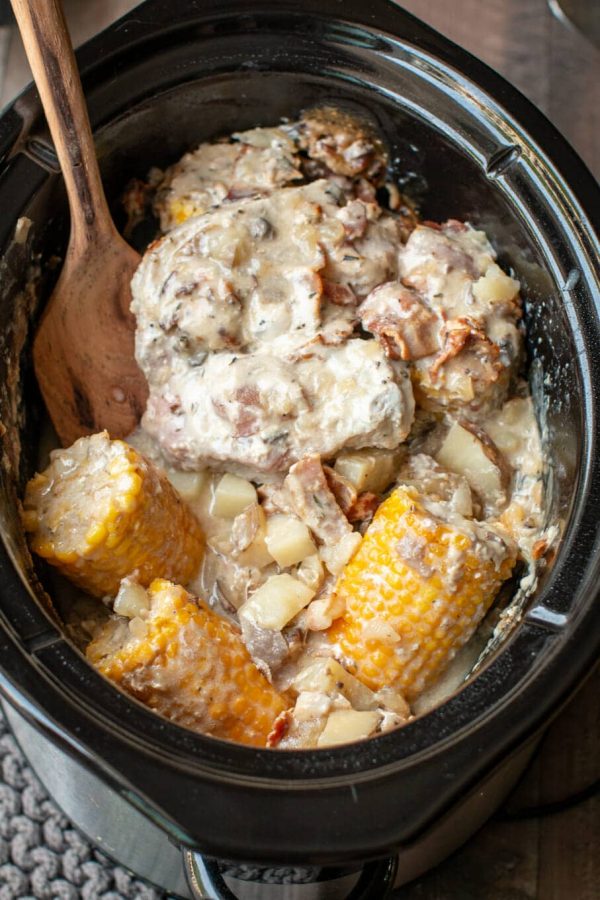 This Slow Cooker Pigs in a Corn Field from The Magical Slow Cooker is one of the most interesting corn recipes I found! This uses frozen corn on the cob that’s cooked with potatoes, pork chops, and bacon in a creamy sauce. Sarah says this is an easy, hearty meal! 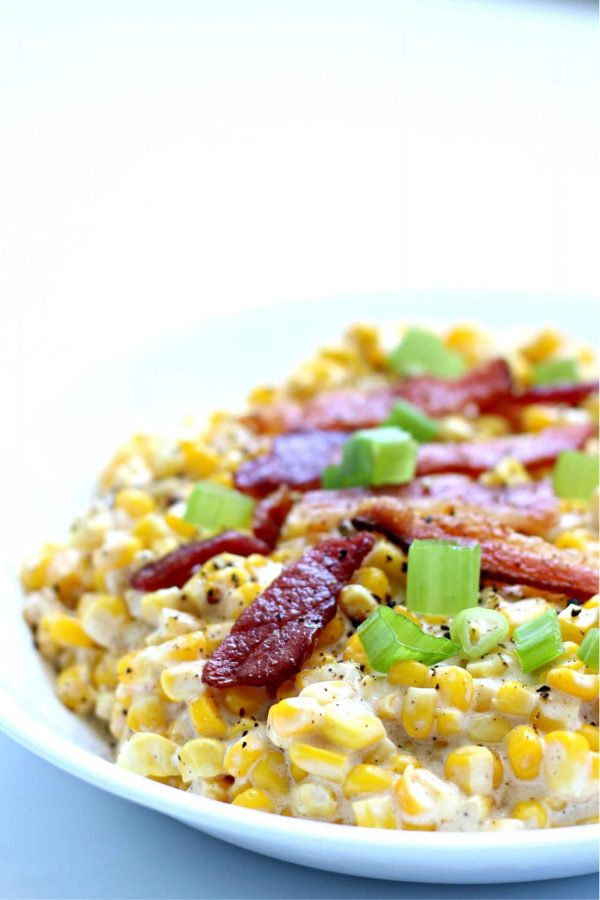 I don’t think you could go wrong with this Instant Pot Creamed Corn with Bacon from 365 Days of Slow + Pressure Cooking, and the recipe has slow cooker instructions as well. 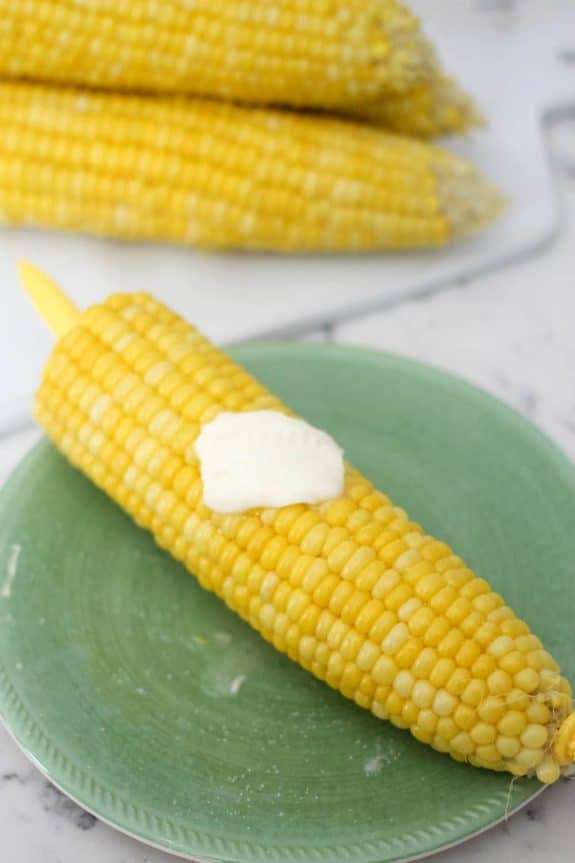 Instant Pot Corn On The Cob (In Husk With Peeling Hack) from Domestic Superhero is cooked with the husk on and tells you how to remove the husk in an instant. And when fresh corn is in season you just have to make corn on the cob, right? 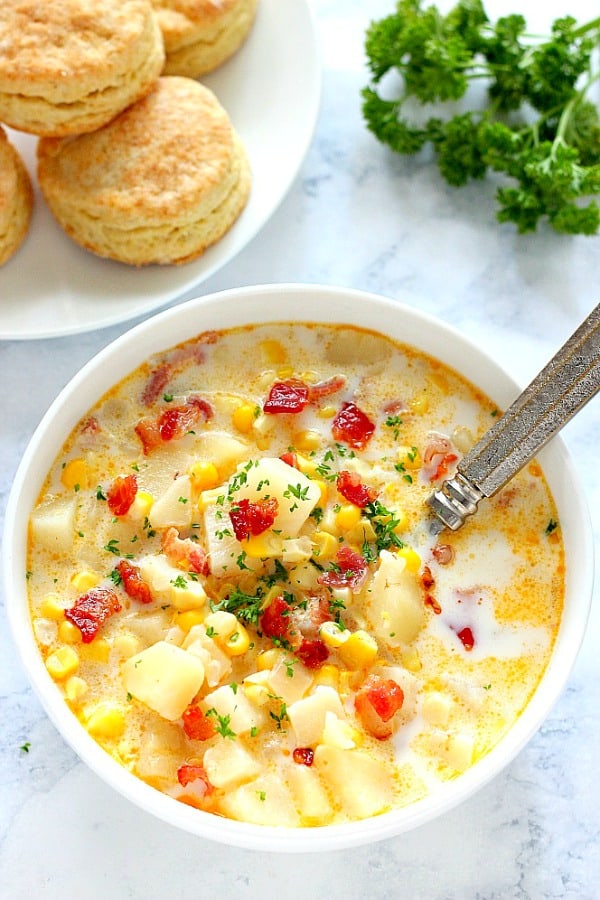 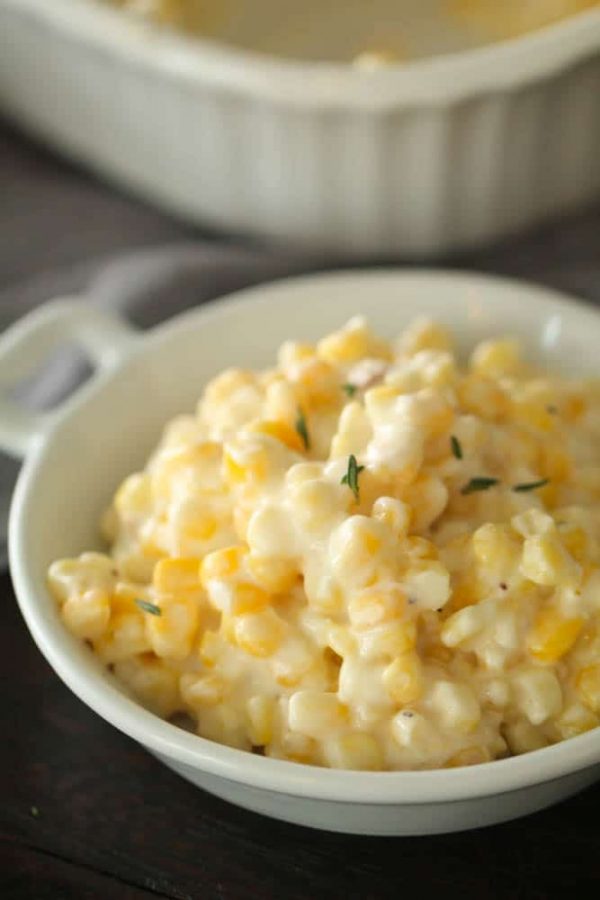 Slow Cooker Creamed Corn from Six Sisters’ Stuff is going to be so tasty when you want an easy side dish you don’t have to watch! 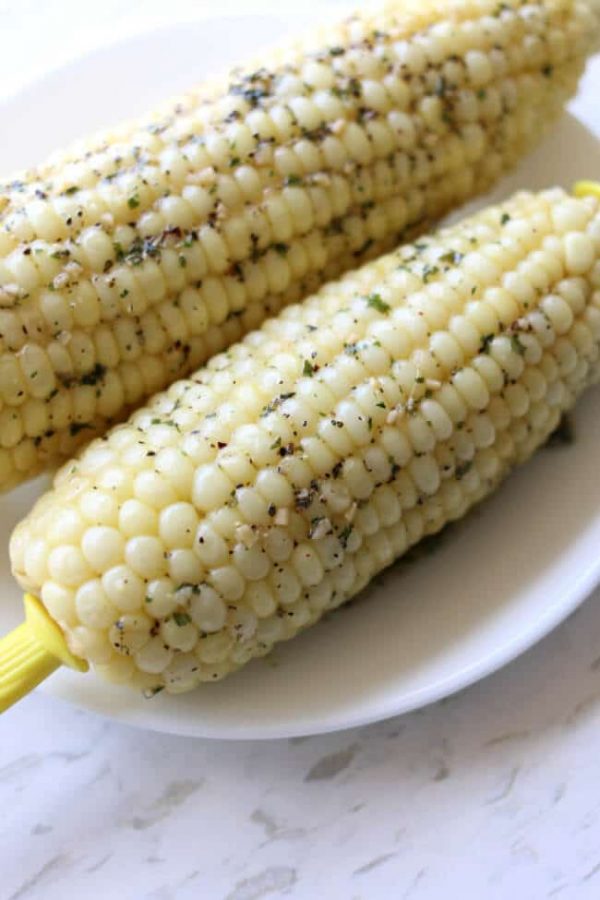 Instant Pot Garlic Butter Corn on the Cob from 365 Days of Slow + Pressure Cooking is cook on a trivet and perfectly seasoned!

More Tasty Vegetables in the Slow Cooker or Instant Pot:

Use Vegetables to see all the slow cooker or Instant Pot vegetable recipes featured on this site.