Check out These Slow Cooker Cranberry Sauce Recipes for delicious ideas that free up space on the stove and also free up the cook! 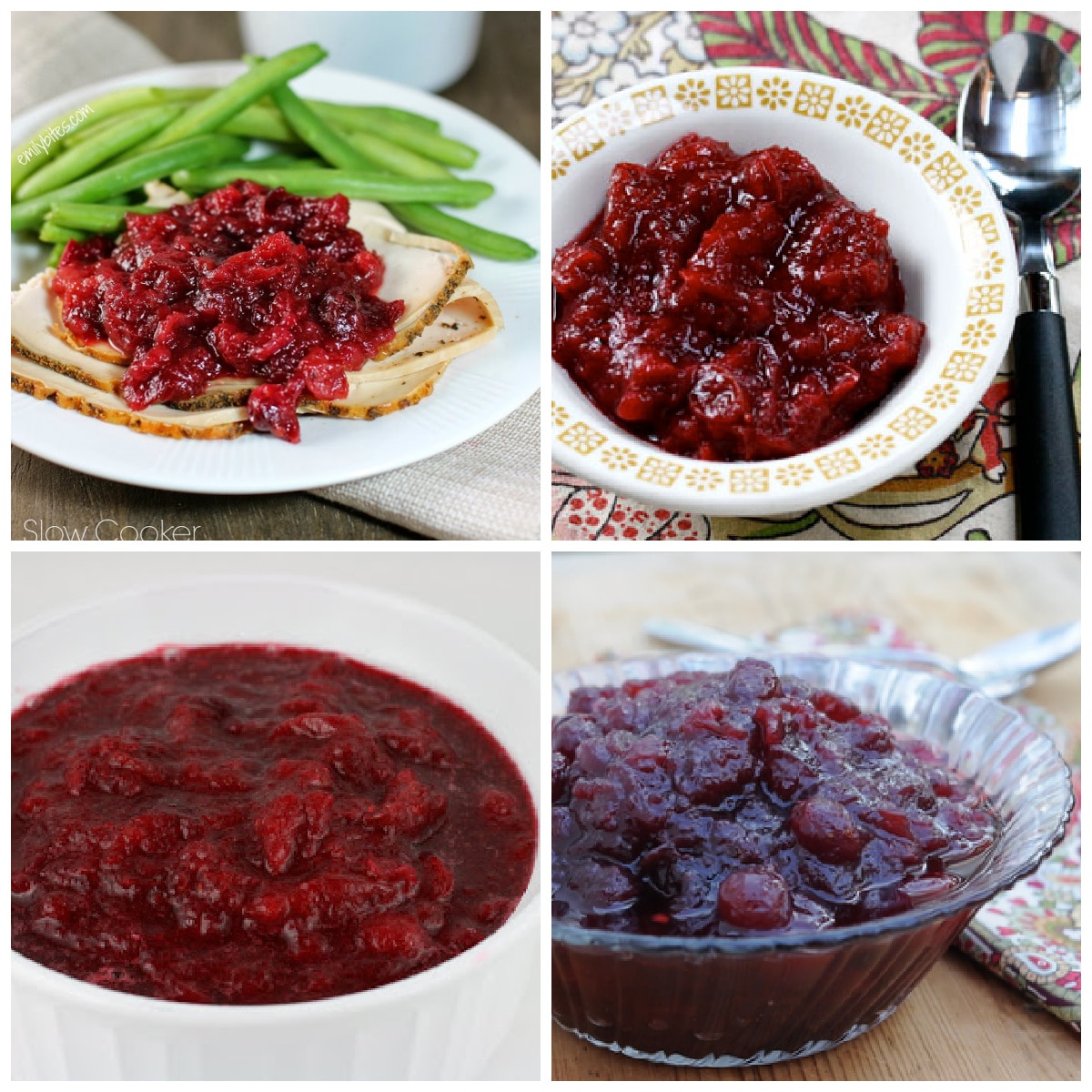 Even though I’m guessing many people will be having a smaller Thanksgiving dinner with immediate family members this year, I think traditional foods are still going to be important. So today I want to give a shout-out for Slow Cooker Cranberry Sauce Recipes. Making cranberry sauce in the slow cooker is so easy and it makes the house smell good. And it’s the perfect way to control the amount of sugar, or use your preferred sweetener and make a lower-sugar cranberry sauce if you prefer. And don’t you agree that these slow cooker cranberry sauce recipes all look delicious!

I’ll be recommending Slow Cooker or Instant Pot Thanksgiving Recipes all month. You can check out that post for more ideas for using the slow cooker or the Instant Pot to help with Thanksgiving, no matter what size crowd you’re cooking for!

All photos are copyrighted by the blogger who posted the recipe. Just click the recipe title under each photo to see that recipe on the original blog. 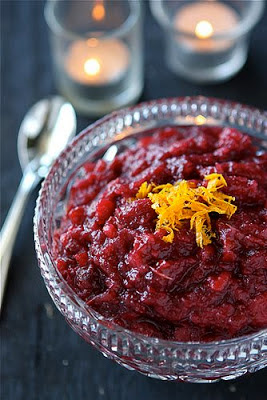 First up, the gorgeous Crockpot Apple and Cranberry Sauce with Orange and Crystallized Ginger from Cookin’ Canuck shown above.   This sauce cooks for eight hours in the slow cooker, so you might want to cook it overnight and then warm it up in the slow cooker on Thanksgiving day. 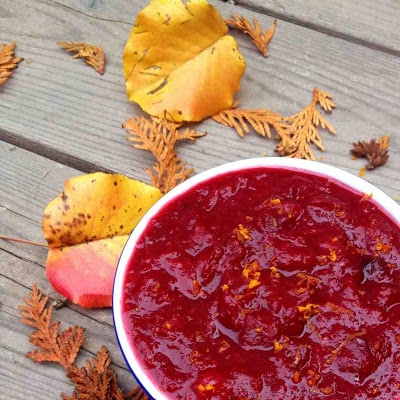 A slightly different sauce that also features orange and ginger flavors is the Slow Cooker Cranberry Sauce from The Lemon Bowl.  For this recipe whole cranberries cook in the slow cooker with water, orange juice, sugar, orange zest, and grated ginger. 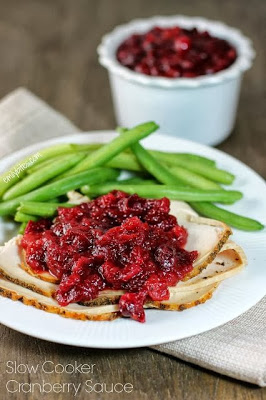 The Slow Cooker Cranberry Sauce from Emily Bites includes Weight Watchers information for anyone who wants it. 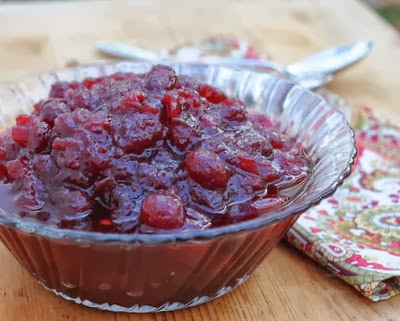 At Kitchen Parade you’ll find a recipe for Slow Cooker Whole Cranberry Sauce that was sent by a reader, and Alanna confirms it’s a winner! 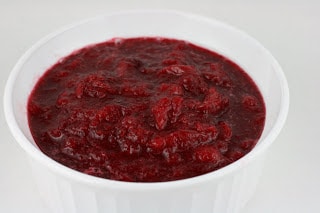 At A Year of Slow Cooking I found a slightly different version of Slow Cooker Homemade Cranberry Sauce that starts with fresh or frozen whole cranberries.  This recipe has a touch of cinnamon. 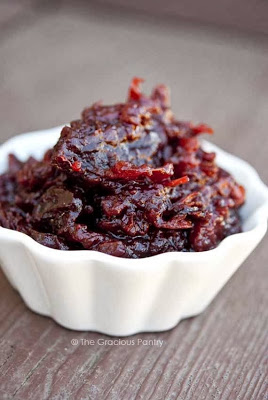 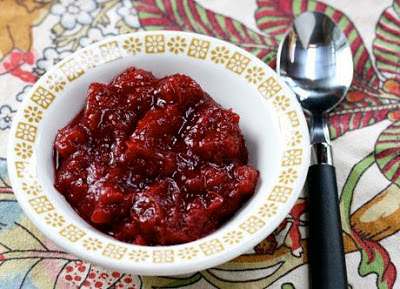 For anyone who wants cranberry sauce without added sugar, this Sugar-Free Slow Cooker Cranberry Sauce from The Perfect Pantry has whole cranberries cooked in no-sugar added apple juice or apple cider, and is sweetened with Splenda or another sweetener of your choice. 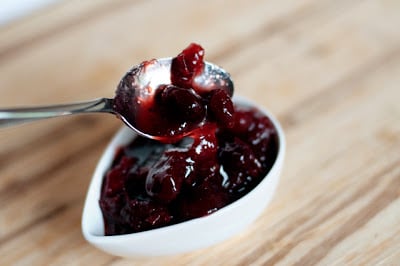 At Heather’s Dish, Heather says she started making CrockPot Holiday Cranberry Sauce to help with scheduling on Thanksgiving, and that sounds like a good reason to me! 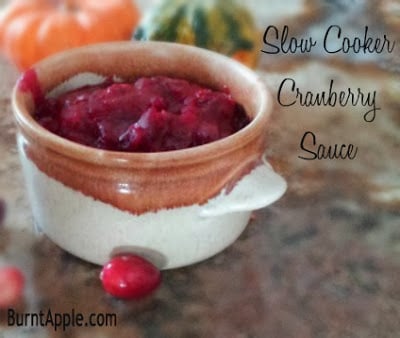 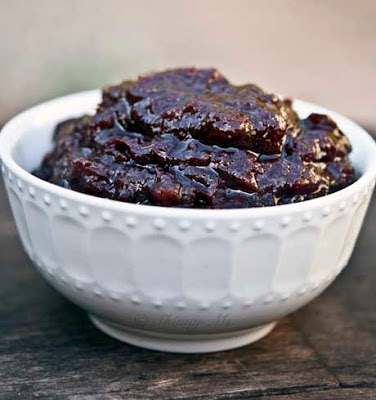 And one more slightly different idea for Slow Cooker Cranberry Sauce from Skinny Ms.  This one has orange juice, cinnamon, and is sweetened with honey.

If you’ve made cranberry sauce in the slow cooker, tell us in the comments about how that went!