When you can’t go to New Orleans, make one of these Amazing Slow Cooker New Orleans Red Beans and Rice Recipes in the slow cooker! This is one of my all-time favorite slow cooker meals!

PIN the Slow Cooker Red Beans and Rice Recipes to try them later!

As soon as Mardi Gras season comes around every year I start craving New Orleans Red Beans and Rice, the iconic Creole dish that I first tasted when I went to New Orleans almost 20 years ago.

I do want to share a caution for anyone who’s using dried red kidney beans for one of these recipes.  To be safe, red kidney beans should be pre-soaked, drained, and then boiled in fresh water for 10 minutes before cooking in the slow cooker.  Read more here about potential toxins from red kidney beans. This doesn’t apply to smaller varieties of red beans. (Thanks to Stephanie from A Year of Slow Cooking for this tip.)

Photos are copyrighted to the blog that originally posted the recipe; click the recipe link below any photo to get the complete recipe on each site.

This Slow Cooker Louisiana-Style Red Beans and Rice from Kalyn’s Kitchen is a favorite I’ve been making for years and years.  The recipe can be made with ham or sausage, take your pick. 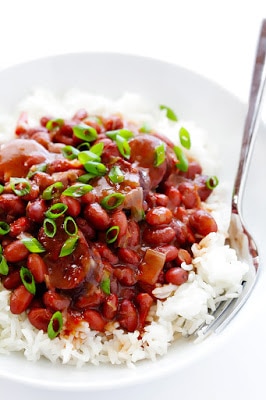 Crock-Pot Red Beans and Rice from Gimme Some Oven has Andouille sausage and Creole Seasoning.

For a slightly different take on this dish, Slow Cooker Red Beans and Rice Soup from Kalyn’s Kitchen is a soupier version of my original recipe that uses chicken Andouille sausage, but you can use other types of sausage if you can’t find that.

Slow Cooker New Orleans Style Red Beans and Rice from The Weary Chef is adapted from Emeril’s recipe and this recipe mashes some of the beans. 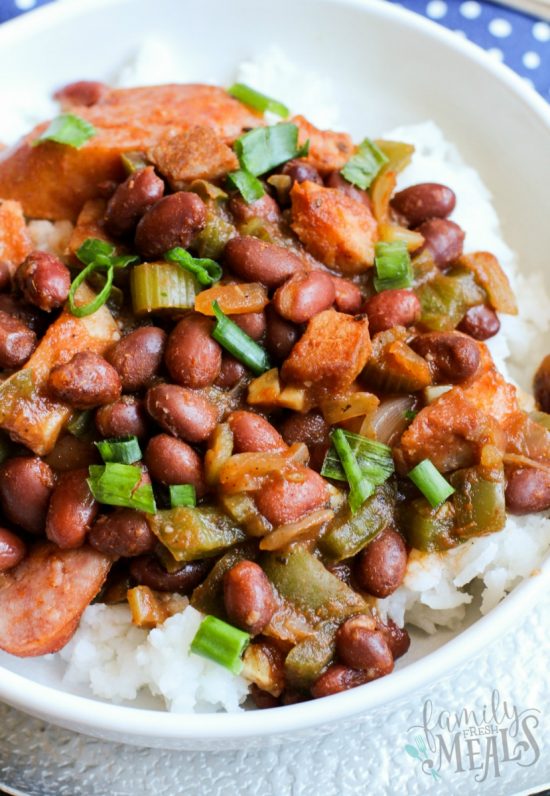 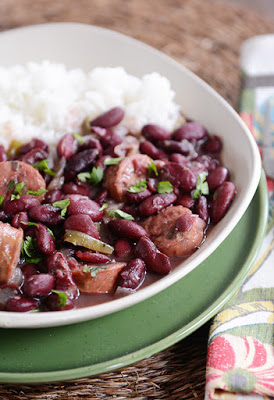 Mel says this Slow Cooker Red Beans and Rice from Mel’s Kitchen Cafe was so delicious her husband could not stop talking about it! 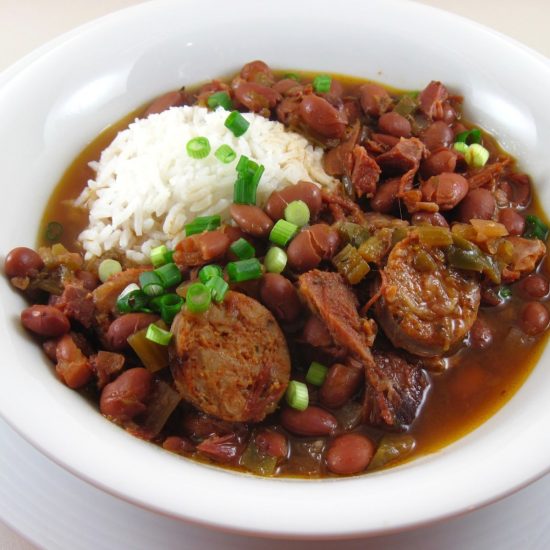 Slow Cooker Red Beans and Rice from In the Kitchen with Kath can cook all day while you’re at work.  When you get home, add the sausage and cook some rice and dinner is ready! 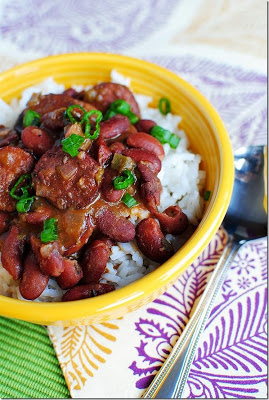 Lighter CrockPot Red Beans and Rice from Iowa Girl Eats is a bit lower in fat and calories.

More Red Beans and Rice in the Slow Cooker: