Check out these Slow Cooker Baked Beans Recipes and then use your slow cooker to make delicious baked beans for a tasty side dish!

PIN the slow cooker baked beans to try some later! 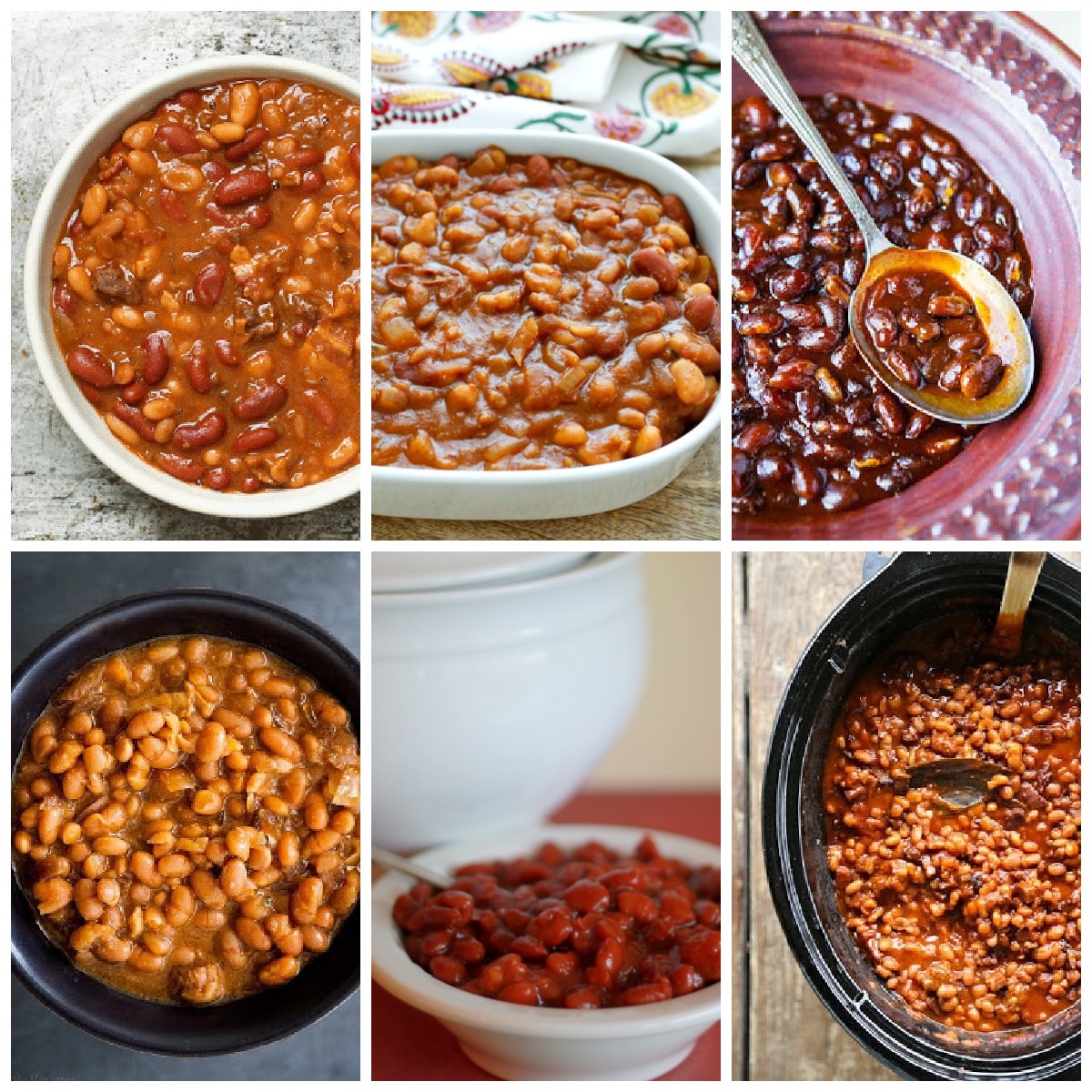 The arrival of summer means grilling and eating outside, and that always makes me happy! And if you love summer food, this collection of Slow Cooker Baked Beans recipes from food bloggers around the web just might get you in the mood for baked beans.

Of course Baked Beans are one of the classic side dishes to accompany grilled meat, and they’re also perfect to take to a party any time of year. And when it’s hot outside you’re going to love how using the slow cooker will let you make fantastic “baked” beans without heating up the house.

What kinds of baked beans recipes are featured here?

Each blogger’s version of baked beans is just a little different; there are beans with bacon and meatless beans, spicy beans and sweet beans, recipes with one kind of beans and those with several types, and just about every other variation you can imagine. We’re giving 18 different options for baked beans, so sure to check after the photos for links to even more amazing baked beans recipe!

Want Baked Beans made in the Instant Pot?

You can also make Instant Pot Baked Beans if you prefer that method. No matter how you cook them, I bet the family will enjoy some of these baked beans for a summer meal!

Just click any recipe title to see the entire recipe on the original blog. All photos are copyrighted to the blogger who originally posted the recipe. 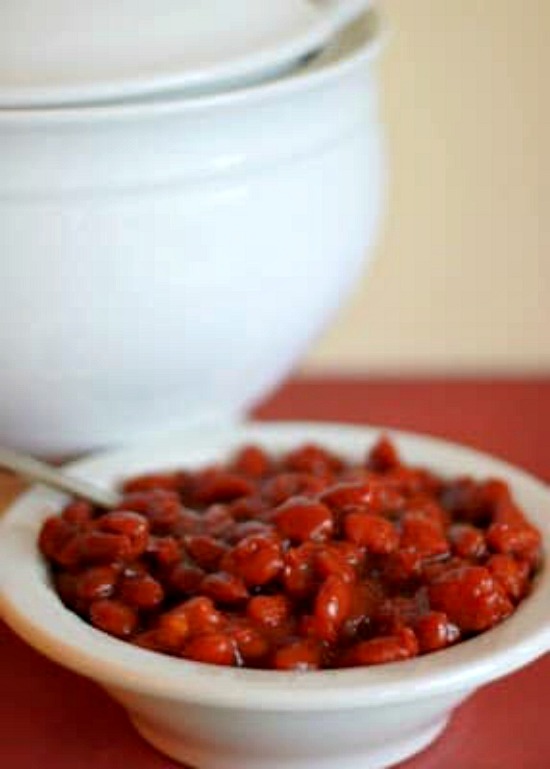 Slow Cooker Vegetarian Maple-Sriracha Baked Beans from Kitchen Treaty start with dried pinto beans simmered on the stove, then drained and cooked in the slow cooker all day on low with Sriracha and other seasonings.

The BEST Slow Cooker Baked Beans from Barefeet in the Kitchen have beef and pork, and all the traditional baked beans flavors everyone loves. 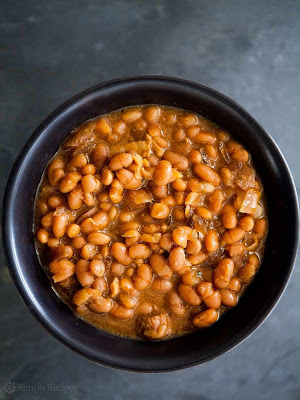 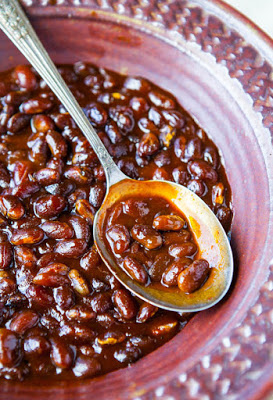 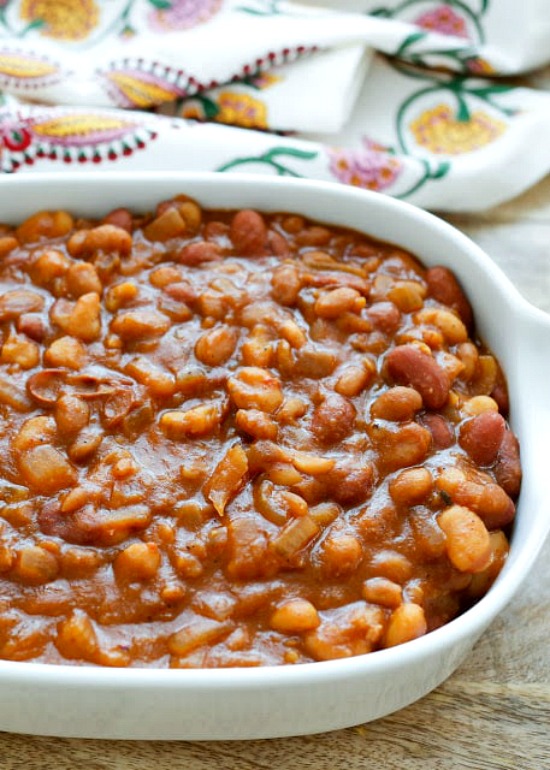 Slow Cooker Mexican Baked Beans from Barefeet in the Kitchen use three kinds of beans and a generous amount of Cholula Hot Sauce adds spicy flavor.

Slow Cooker Baked Beans from Six Sisters’ Stuff have BACON, which is something I bet a lot of you might like! 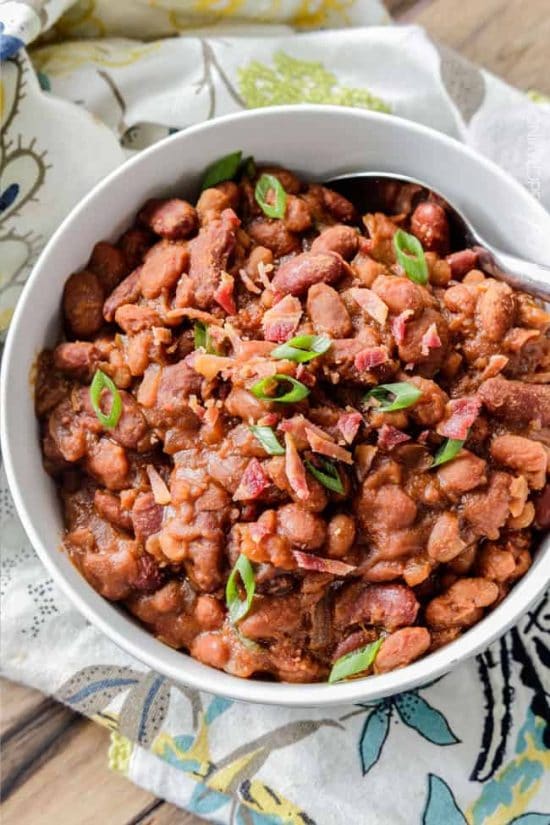 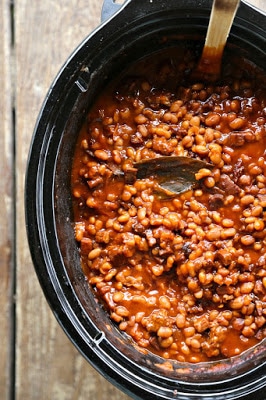