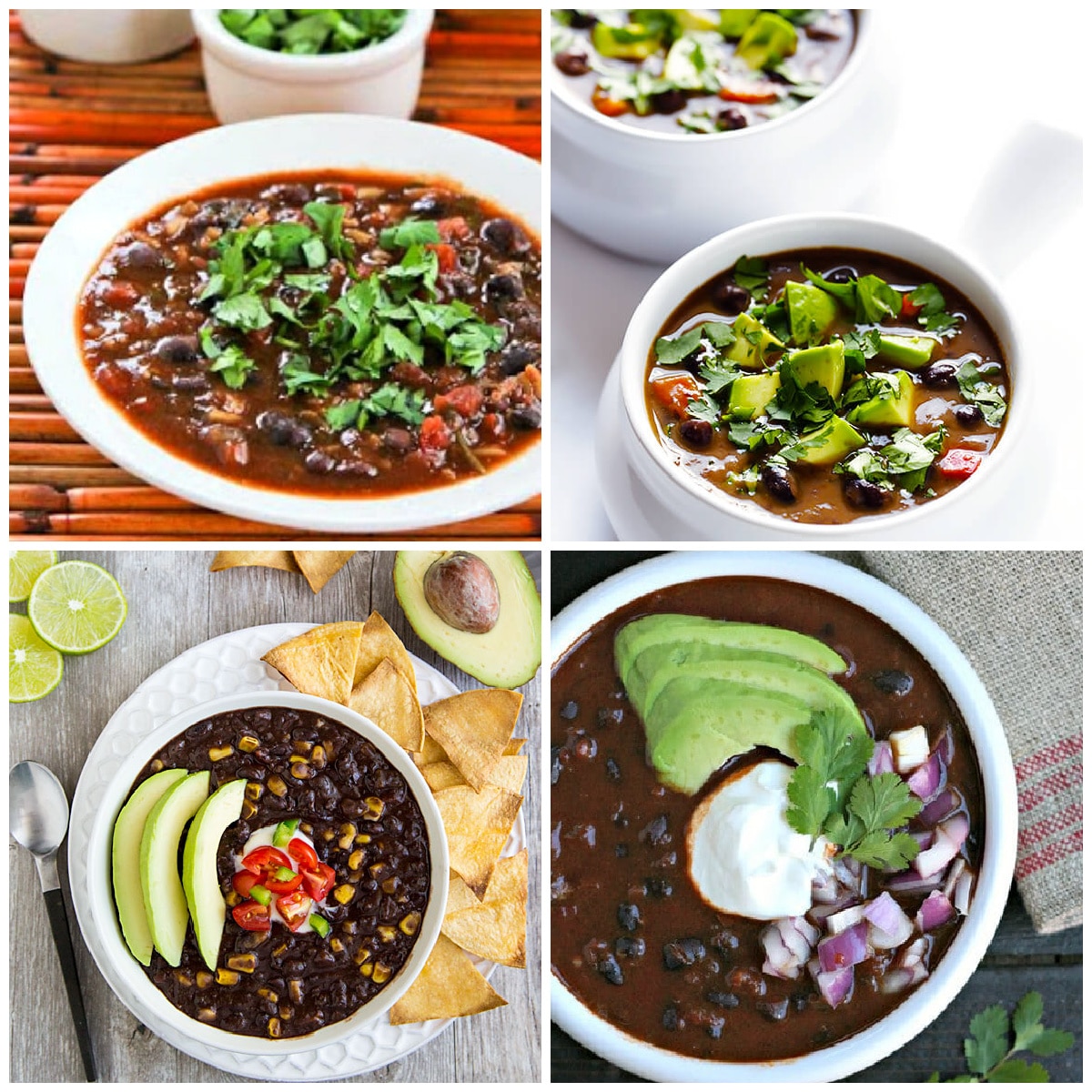 One of these Slow Cooker and Instant Pot Black Bean Soup Recipes can help with dinner on those busy evenings where you’re rushed for time but need to have dinner for the family. Black Bean Soup is often a favorite, and these soups are going to be a hit with most people! Are you a black bean soup fan?

All photos are copyrighted to the site that posted the recipe. Just click the recipe name under any photo to see the complete recipe on that site. 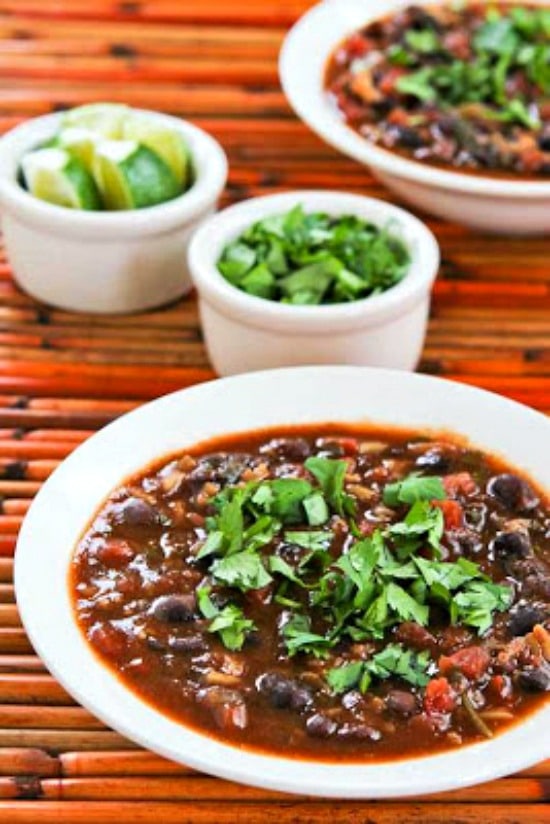 This vegetarian Slow Cooker Black Bean and Rice Soup from Kalyn’s Kitchen is a favorite recipe I’ve made many times for my annual soup party! And this uses canned black beans to make it easy. 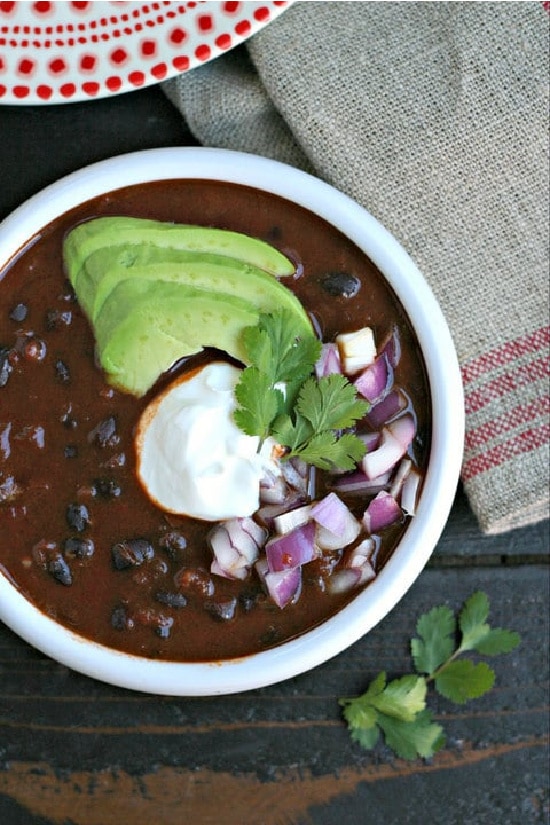 Instant Pot Black Bean Soup with Tomatoes from Everyday Maven looks delicious, and Alyssa says this soup is “a cross between black bean soup, tomato soup, and chili.”  I like the sound of that; what do you think? 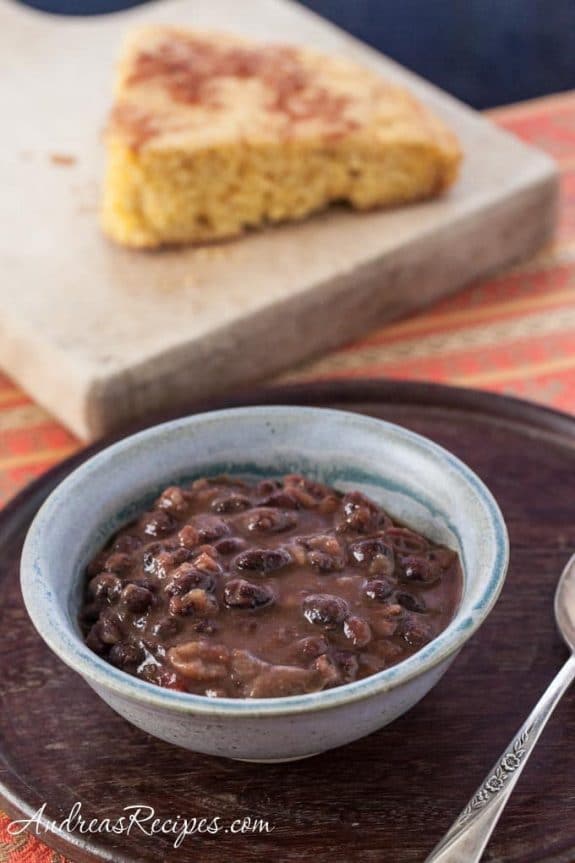 Slow Cooker Black Bean Soup with Five Peppers and Ham from Andrea’s Recipes has a hambone thrown in to give an added boost in flavor. This one cooks all day and is ready for a delicious dinner! 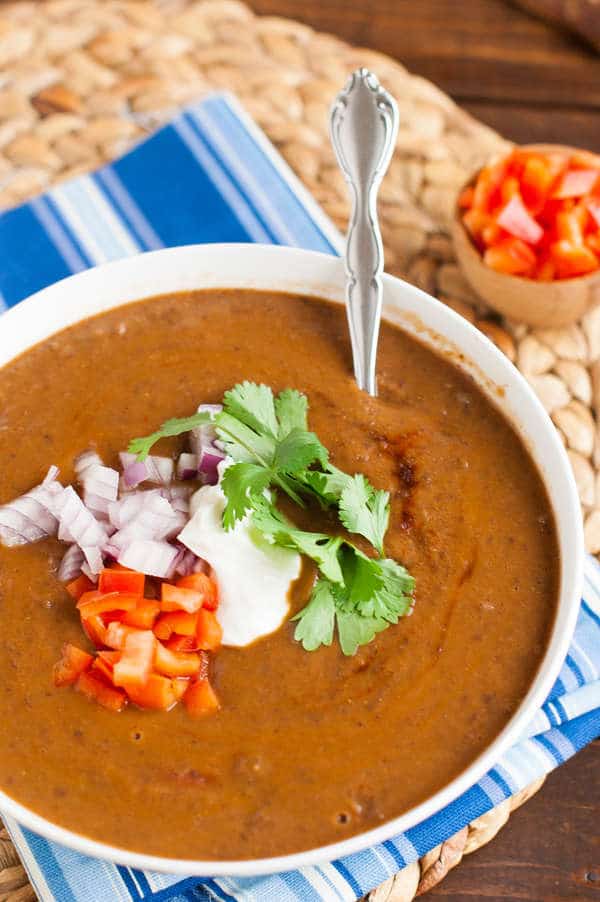 No-Soak Instant Pot Black Bean Soup from My Natural Family starts with dried black beans, and this tasty soup is vegan and gluten-free! And Rebecca says the kids will eat it! 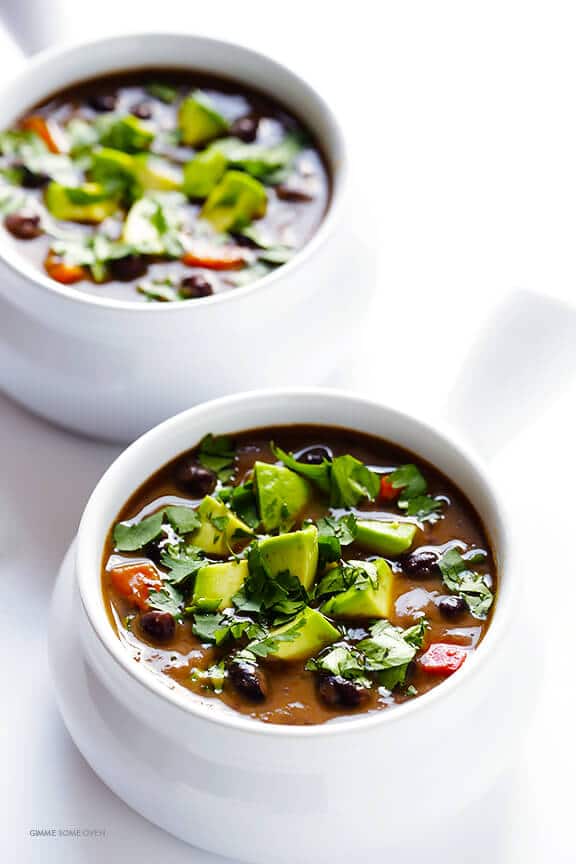 Slow Cooker Black Bean Soup from Gimme Some Oven looks delicious and I love the idea of serving the soup with chunks of avocado! This is a vegetarian soup with a rainbow of veggies adding color and flavor! 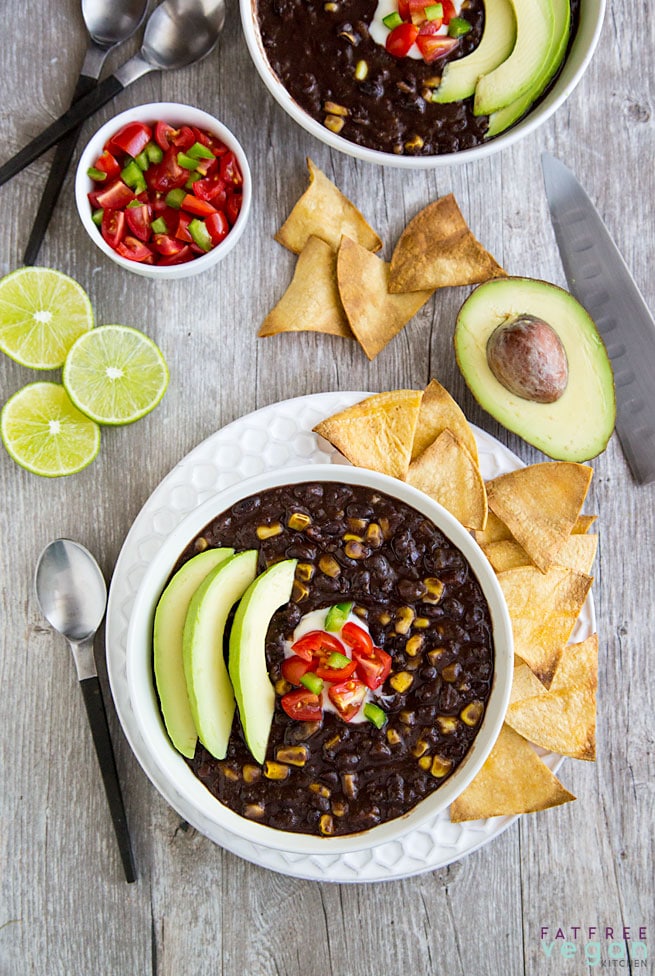 Simple Instant Pot Black Bean Soup from Fat Free Vegan Kitchen is vegan of course, and Susan says this delicious-looking soup is easy to get into the Instant Pot!