Any of these Instant Pot or Slow Cooker Holiday Ham Recipes will be a perfect main dish for a holiday dinner! But ham is also easy enough to make for a main dish any day of the year! 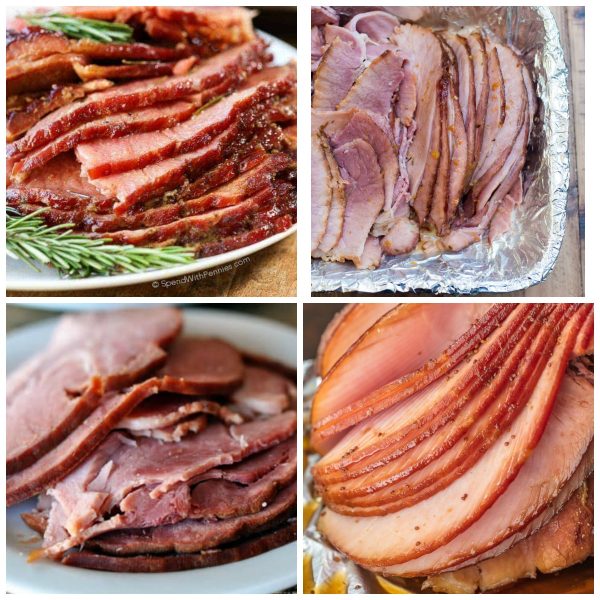 Ham is a popular main dish for a holiday meal, and many people make ham for Christmas or Easter dinner. Of course you can buy ham that just needs to be heated, and those expensive holiday hams are usually good. But why not use one of these 20 different Instant Pot or Slow Cooker Holiday Ham Recipes to make a holiday ham dinner at home?

What kinds of ham recipes are featured here?

We’re giving you so many different options here for tasty holiday ham, including ham recipes with honey, mustard, citrus flavors, peach flavors, Sriracha, apple cider, brown sugar, maple, pineapple, and more. Be sure to scroll down past the photos to see all your options for a tasty ham dinner.

Just click any recipe title to see the complete recipe on the original site. All photos are copyrighted to the site that posted the recipe.

If you happen to end up with some leftover ham, there’s a great collection of Recipes Using Leftover Ham over at Kalyn’s Kitchen! And you might also like Deviled Ham Spread, which is my personal favorite to make with leftover ham! 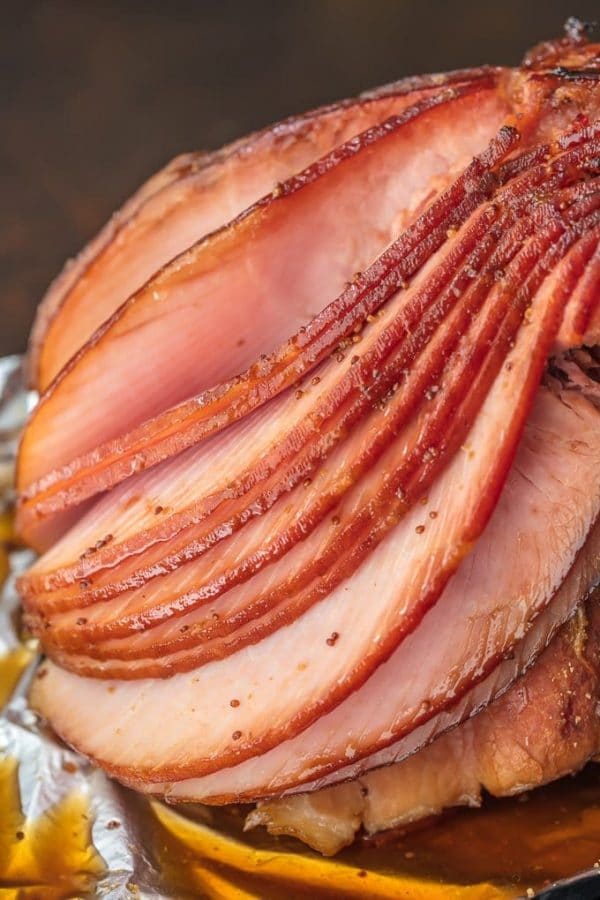 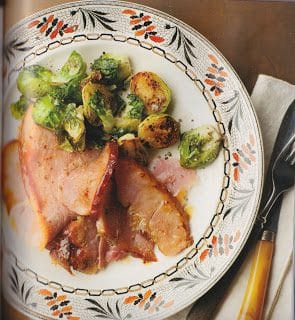 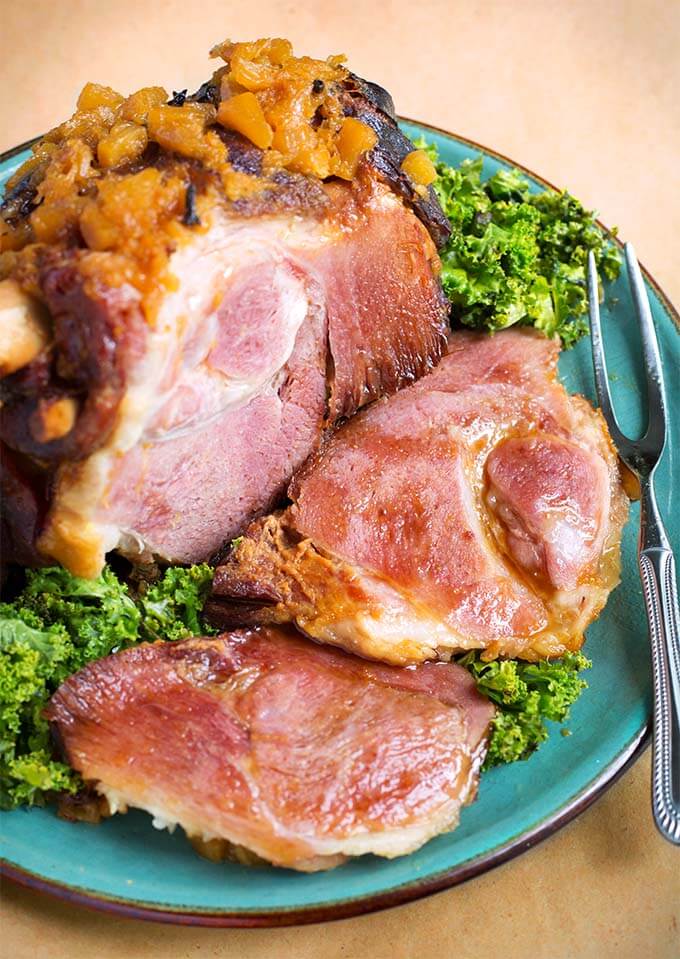 Instant Pot Bone-In Ham from Simply Happy Foodie will turn out juicy and flavorful, and you’ll have a ham bone to make something like Split Pea Soup! 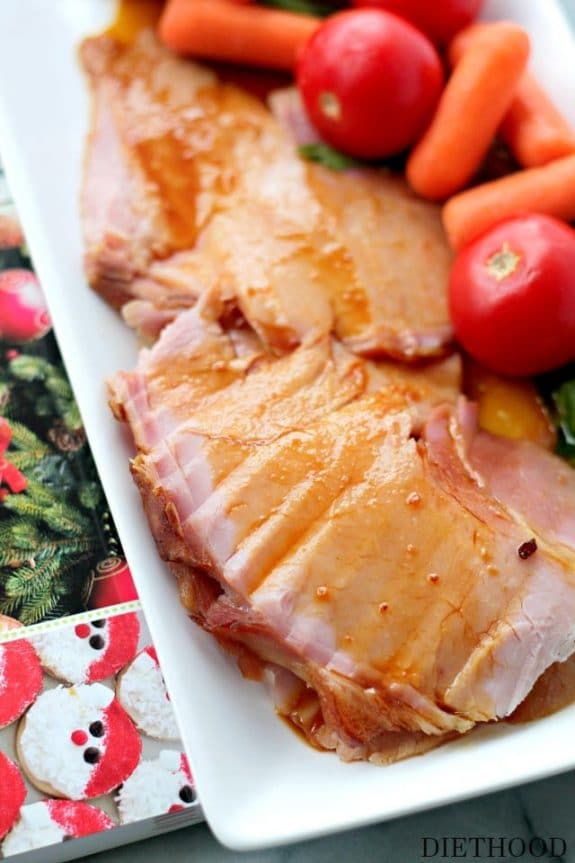 Slow Cooker Honey-Mustard Glazed Ham from Diethood will be a hit with everyone who likes honey-mustard flavors with ham! 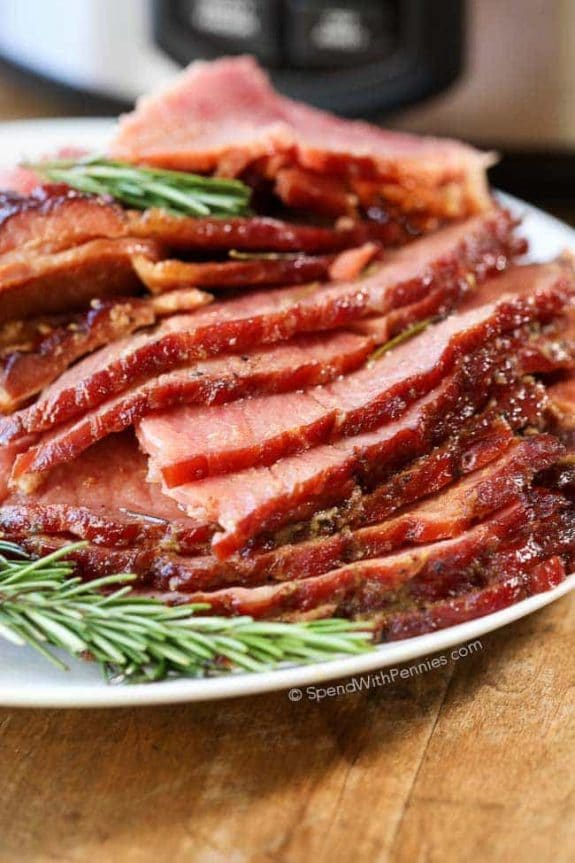 Crock Pot Ham from Spend With Pennies is with brown sugar and jelly and the slow cooker does all the work! 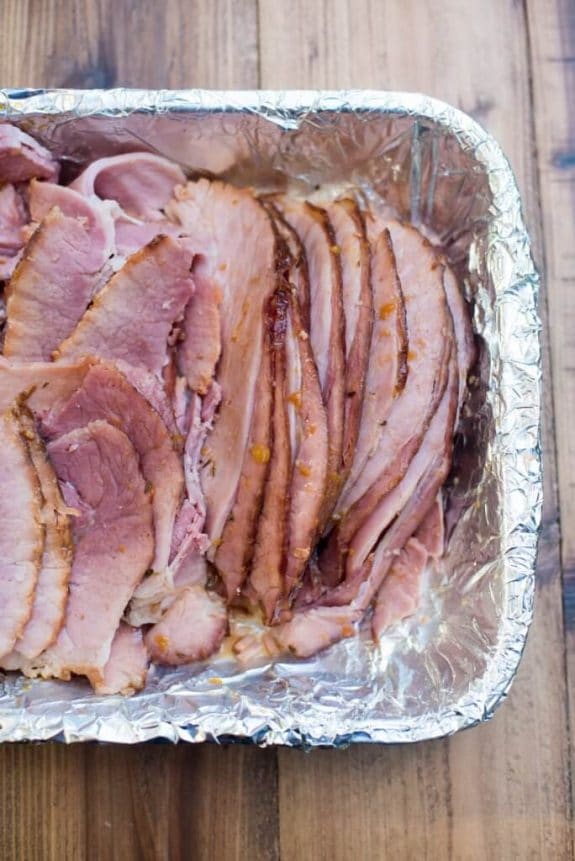 Slow Cooker Ham with Peach Thyme Glaze from Valeries’s Kitchen is a perfect way to add that extra something to a spiral-cut ham. 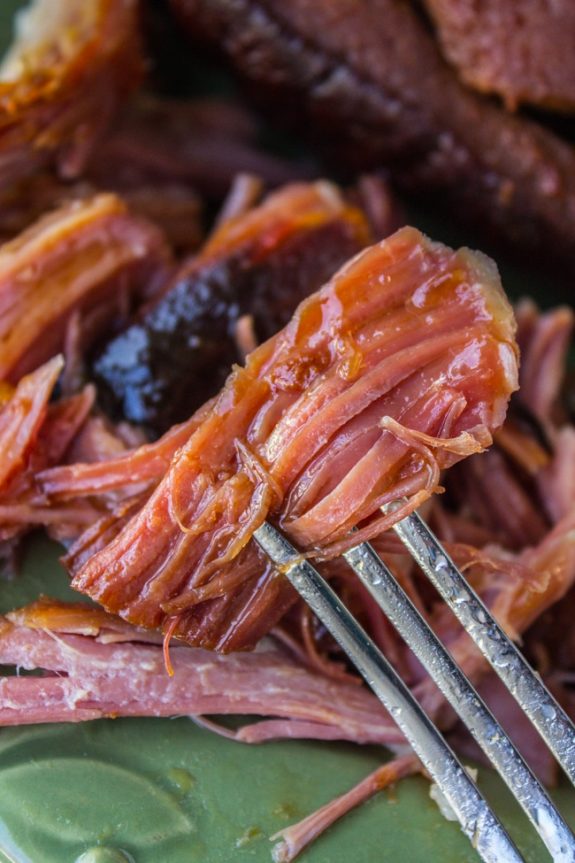 Slow Cooker Easy Sriracha Ham from The Food Charlatan is a great 3-ingredient recipe for people who are Sriracha fans! 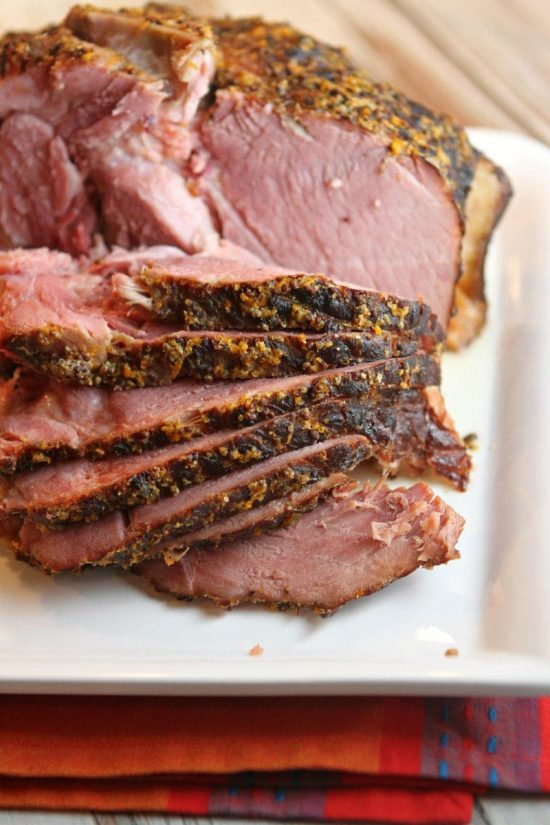 Slow Cooker Cider Ham from Recipe Girl is easy and Lori says this turns out tender and delicious! 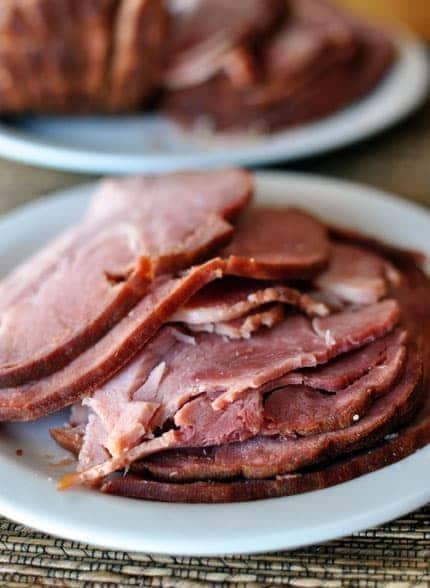 Slow Cooker Maple Brown Sugar Ham from Mel’s Kitchen Cafe produces a ham with those classic maple and brown sugar flavors that are so good on ham! 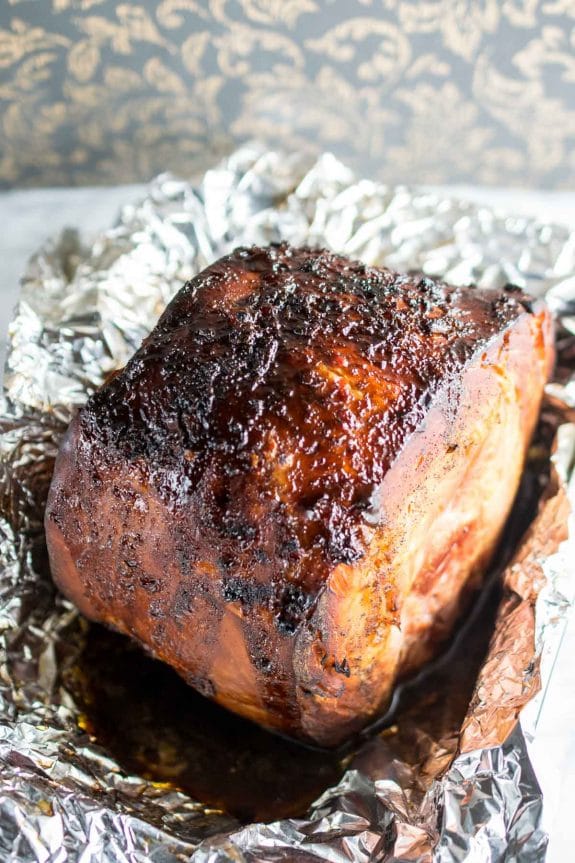 And this Instant Pot Pineapple & Chili Ham from Every Nook and Cranny sounds like a fun way to add so much flavor to ham!

More Ham in the Instant Pot or Slow Cooker: 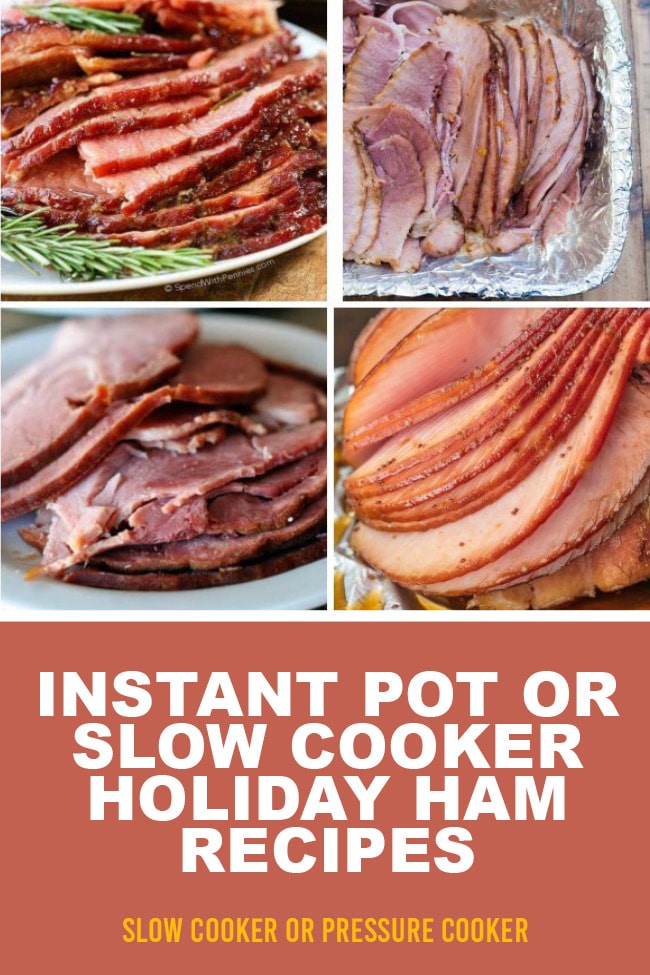