For everyone like me who LOVES Split Pea Soup, these Instant Pot or Slow Cooker Split Pea Soup Recipes are a perfect idea for dinner! 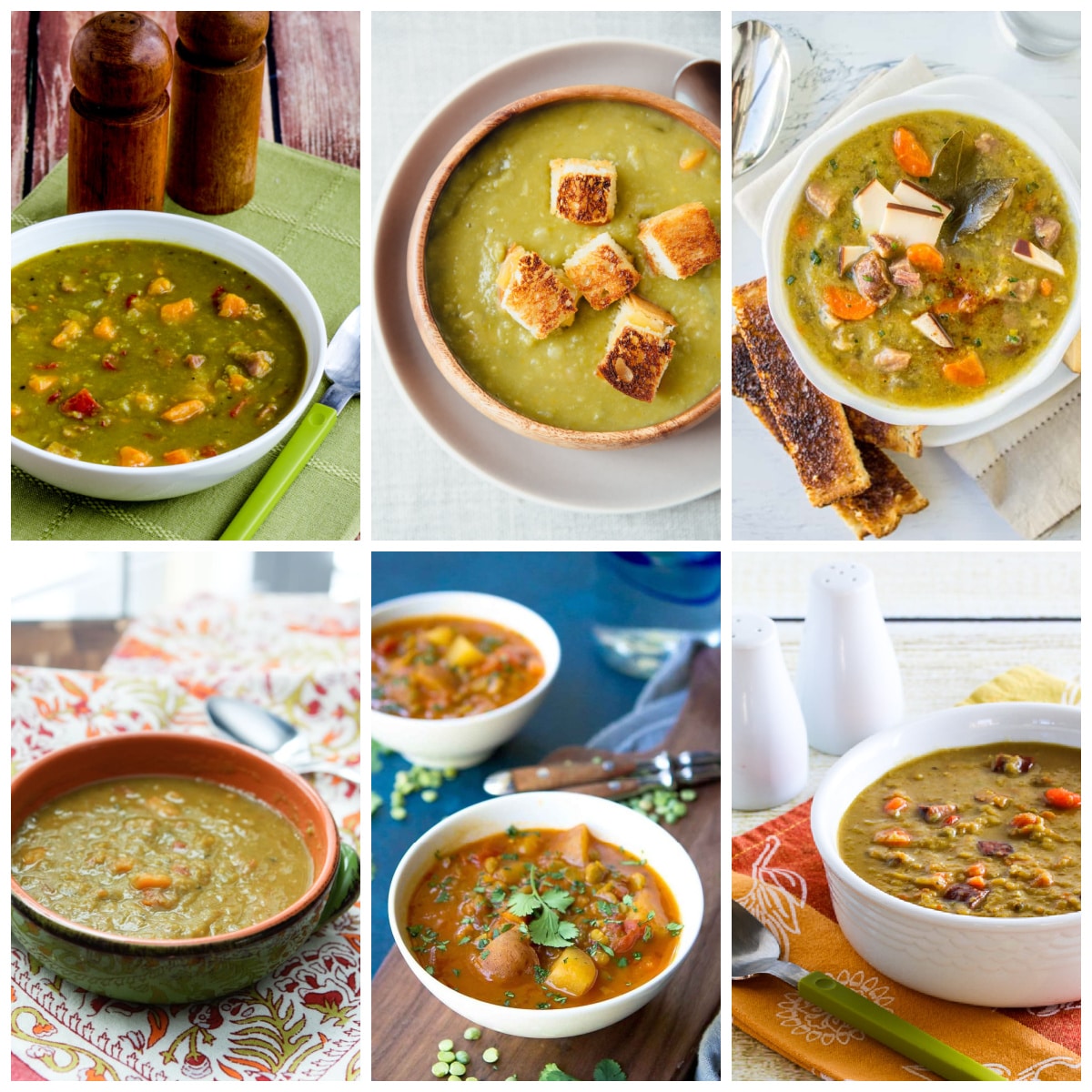 Fall is here and it’s time to make soup, so here’s a great collection of 16 different Instant Pot or Slow Cooker Split Pea Soup Recipes! Legumes like split peas and lentils cook up perfectly in the slow cooker or the Instant Pot, and they’re inexpensive, tasty, and versatile enough to use with a variety of ingredients. And Split Pea Soup may not be known for its looks, but it’s warm and comforting when the weather gets cold.

What kind of split pea soups will you find here?

In this collection of Split Pea Soup Recipes there are split peas cooked with ham, beef sausage, chicken sausage, bacon, and chorizo, and also vegetarian and vegan split pea soups with additions such as cauliflower, coconut milk, cumin, and smoked paprika. I found some fun new ones as well, including a couple with cheese which I think goes so well with soup like this.

Just click any recipe title to see the complete recipe on the original site. All photos are copyrighted to the blog that originally posted the recipe.

Use Soup or Stew Recipes to see all the Soups!
The BEST Instant Pot Soup Recipes
Cook-All-Day Slow Cooker Soups 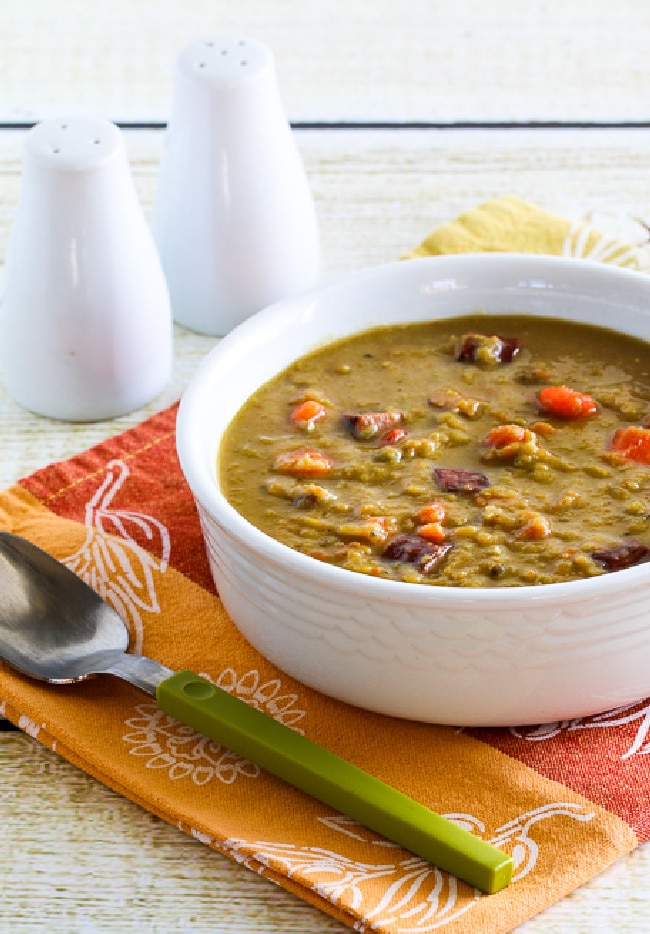 Slow Cooker Split Pea Soup from Kalyn’s Kitchen can be made with any kind of chicken or turkey sausage, and there are also options for using other types of meat. 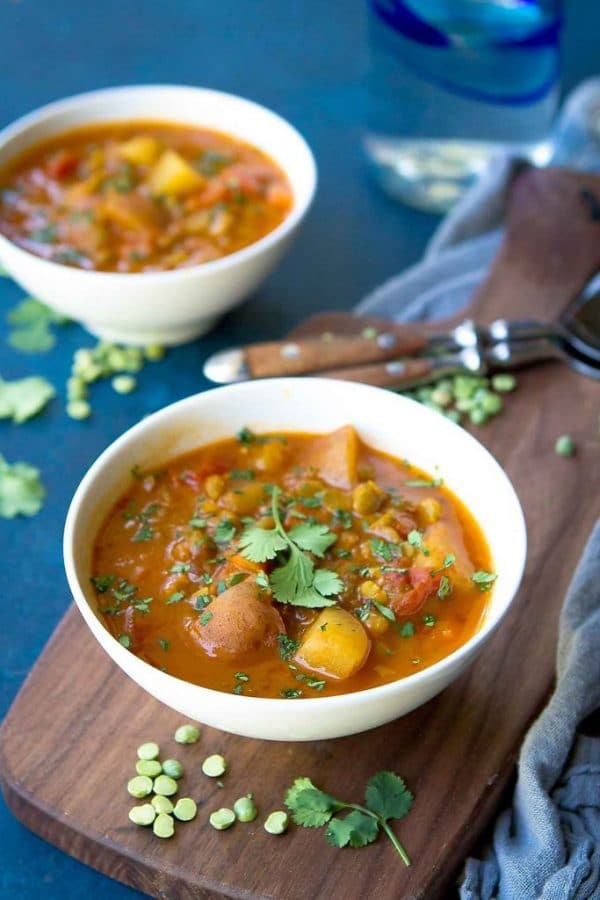 Southwestern Instant Pot Split Pea Soup with Potatoes from Cookin’ Canuck has those spicy Southwestern flavors so many people love. 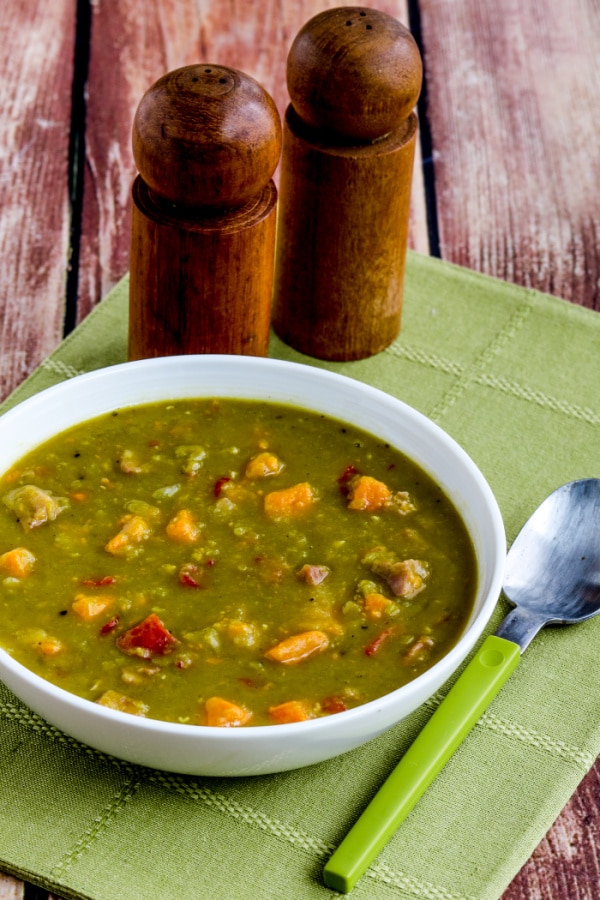 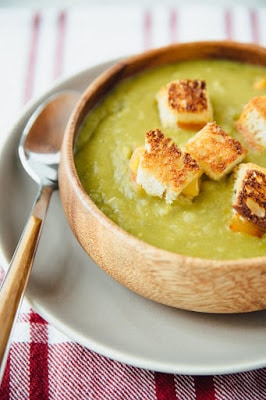 Slow Cooker Vegetarian Split Pea Soup from The Kitchn has amazing-sounding grilled cheese croutons! Don’t you love the sound of that? 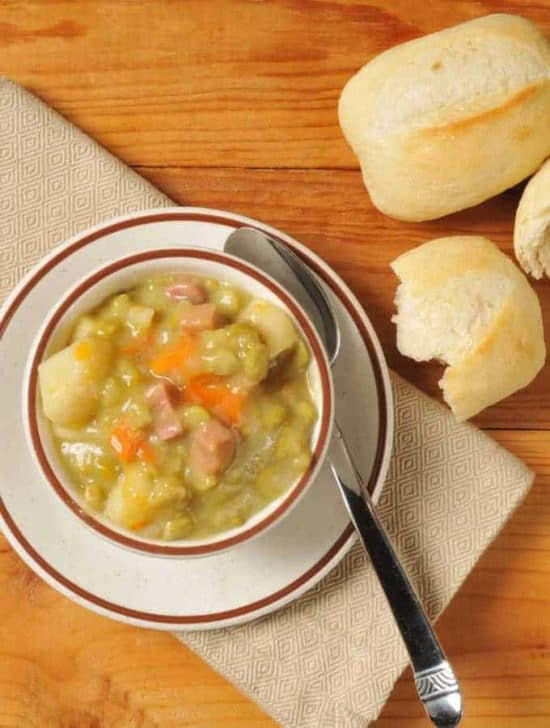 Crock Pot or Instant Pot Split Pea Soup with Ham from Two Sleevers sounds tasty, and this soup is a great way to use leftover ham! 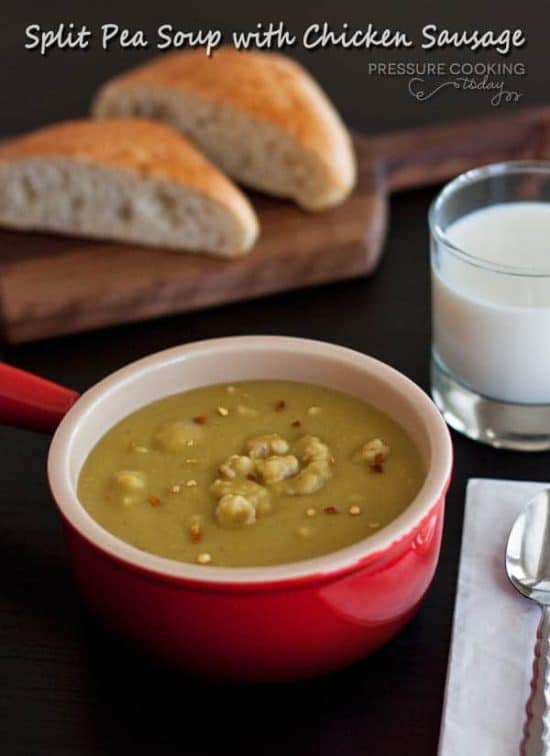 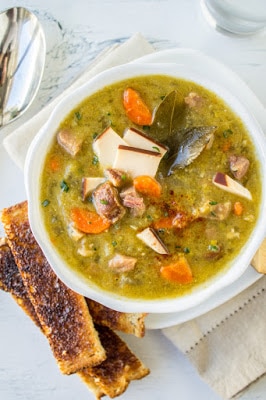 Slow Cooker split Pea Soup with Smoked Gouda from The Food Charlatan sounds amazing, and who wouldn’t want Smoked Gouda in their soup? 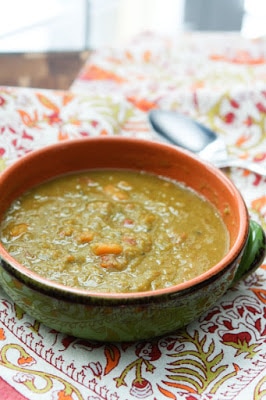 Slow Cooker Split Pea Soup from Aggie’s Kitchen is a classic recipe that will taste great on a cold day! 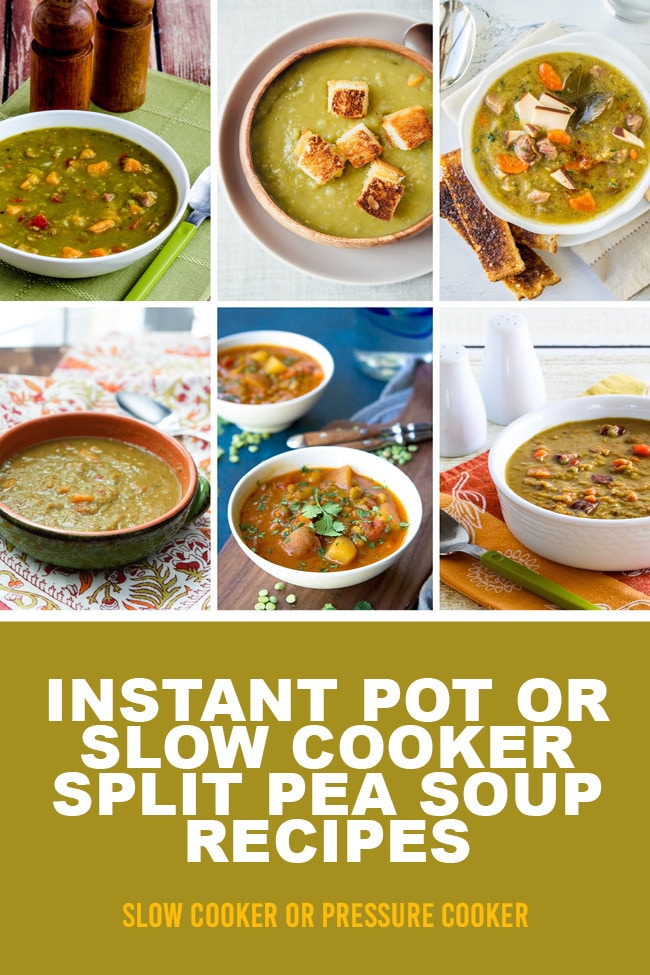