These Slow Cooker Ribs Recipes are perfect for an easy dinner, and I bet ribs would be a popular menu item in most families! And there are options here besides barbecued ribs, and even a few low-carb ribs recipes in the slow cooker! 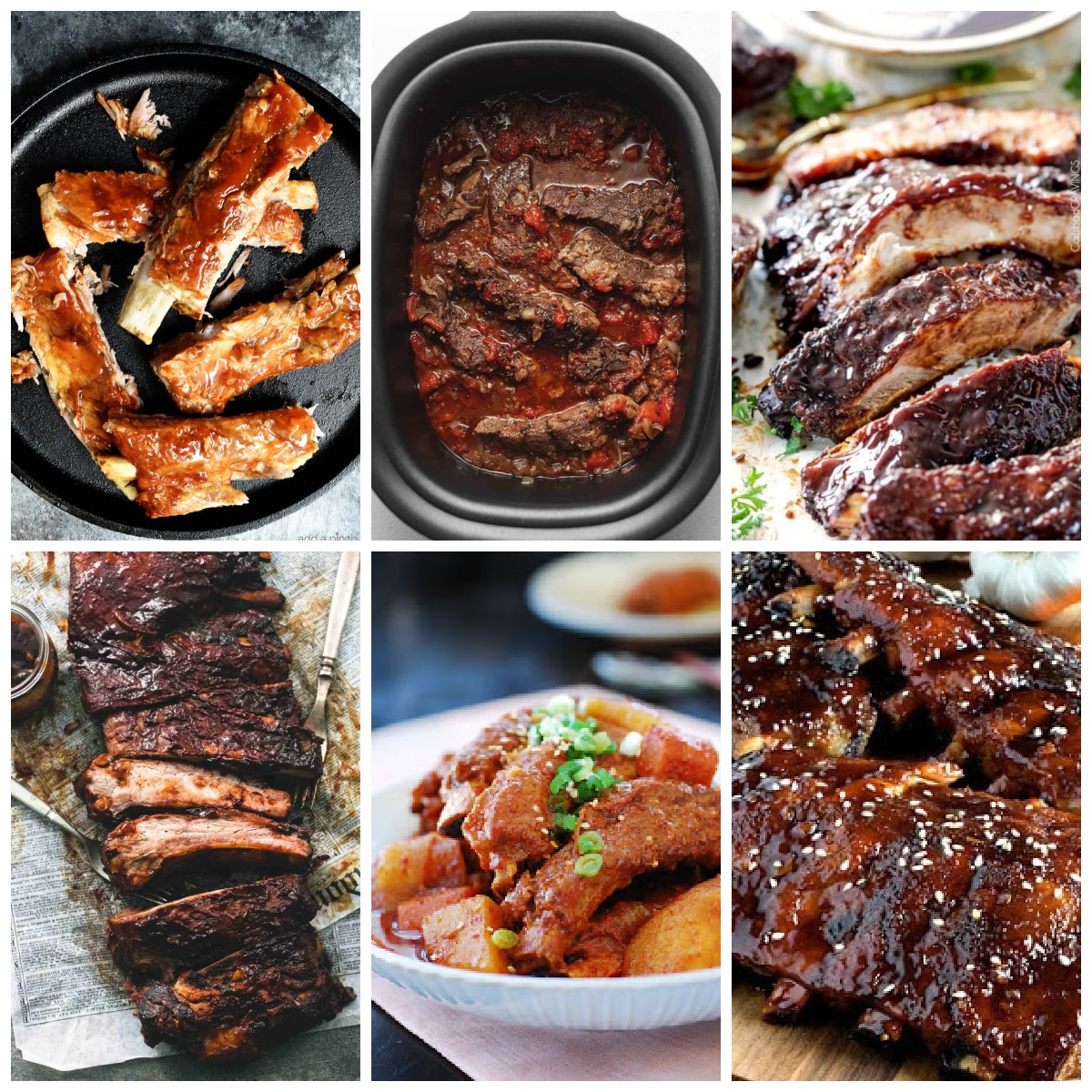 This collection of Slow Cooker Ribs Recipes features ribs recipes of every kind to give you lots of options for an easy crockpot meal featuring ribs! We’re sharing 18 different found so many great ribs recipes so we didn’t share all the photos, but be sure to scroll down to see all the different options featured here for ribs in the slow cooker!

Some people may think of ribs as exclusively a summer dish, and of course making ribs in the slow cooker in the summer keeps your house cool. But this collection also features braised short ribs, which are definitely a cool-weather dish as well, and there are enough different ideas here for slow cooker ribs that you could enjoy ribs all year long. Hopefully you can find a couple of ribs recipes here you’d like to try.

What kinds of slow cooker ribs are featured here?

This round-up features slow cooker ribs that are spicy, sweet, smokey, Asian flavored, garlicky, peppery, fruity, soy-glazed, honey-sweetened, balsamic, and of course there are ribs with barbecue sauce. And there are even some ribs here that are low-carb! And if you’re wanting a barbecue sauce with less sugar than some of these recipe you might like my Low-Sugar Barbecue Sauce. Enjoy!

Want Ribs made in the Instant Pot?

This site also has a great round-up of Instant Pot Ribs Recipes, so check it out if you prefer that method!

How do you get the complete Recipe?

Just click any recipe name to see the complete recipe on the original site. All photos are copyrighted to the blogger that posted the recipe. 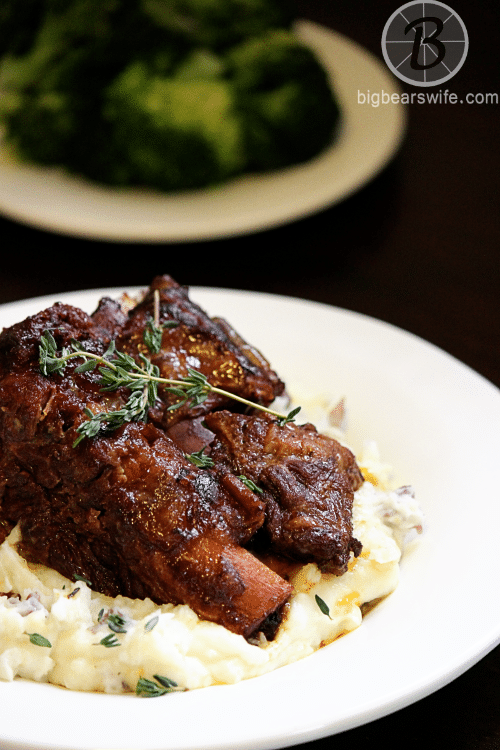 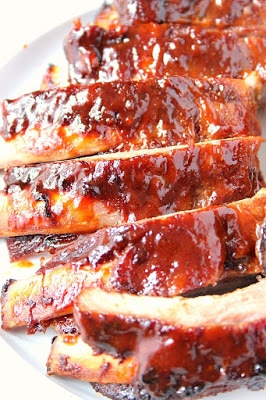 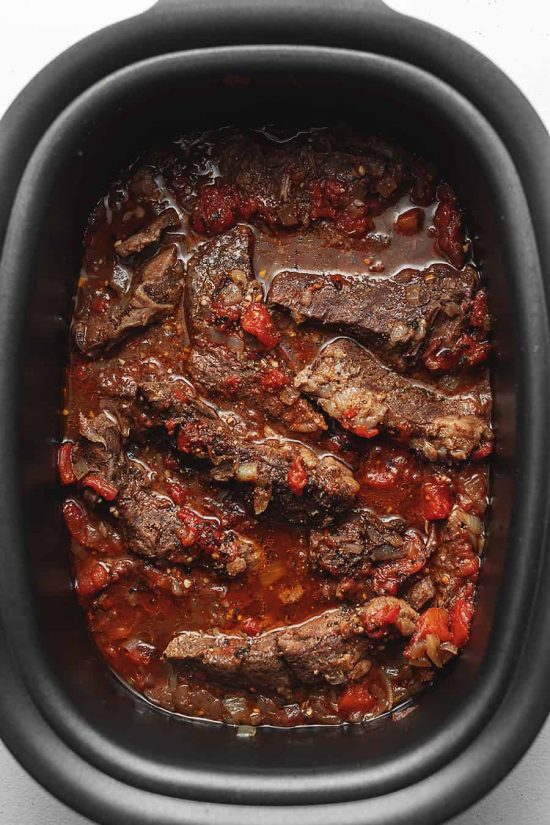 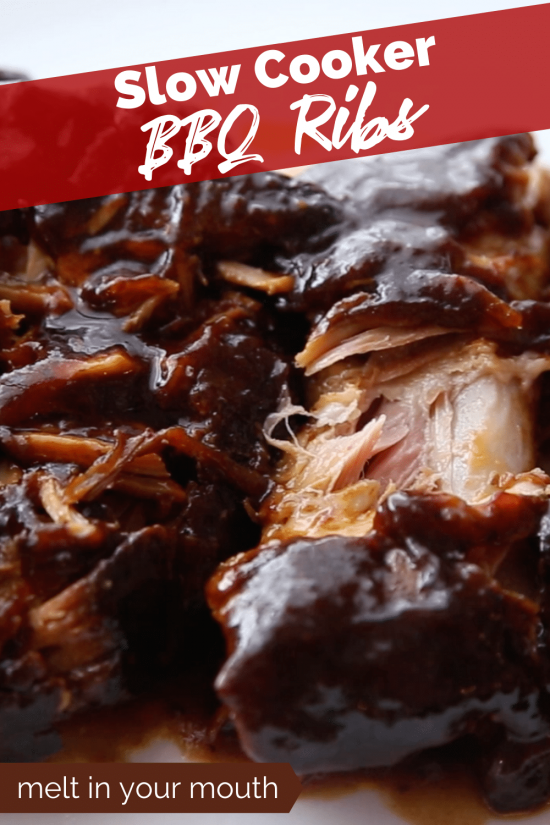 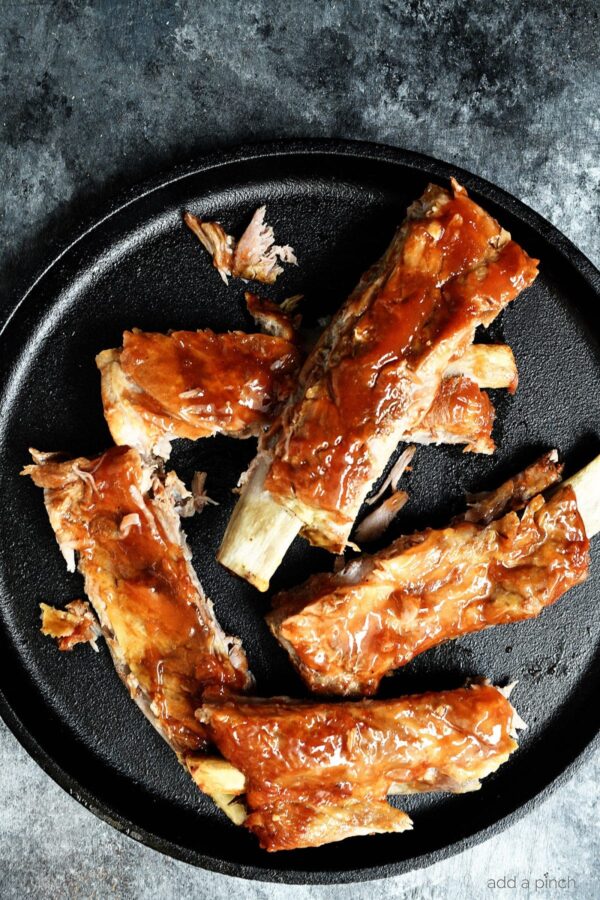 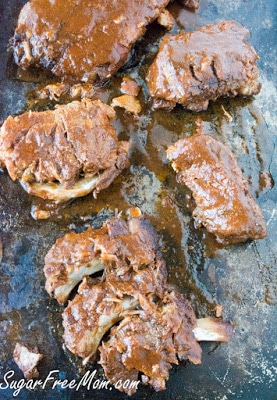 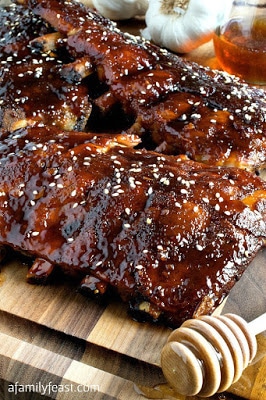 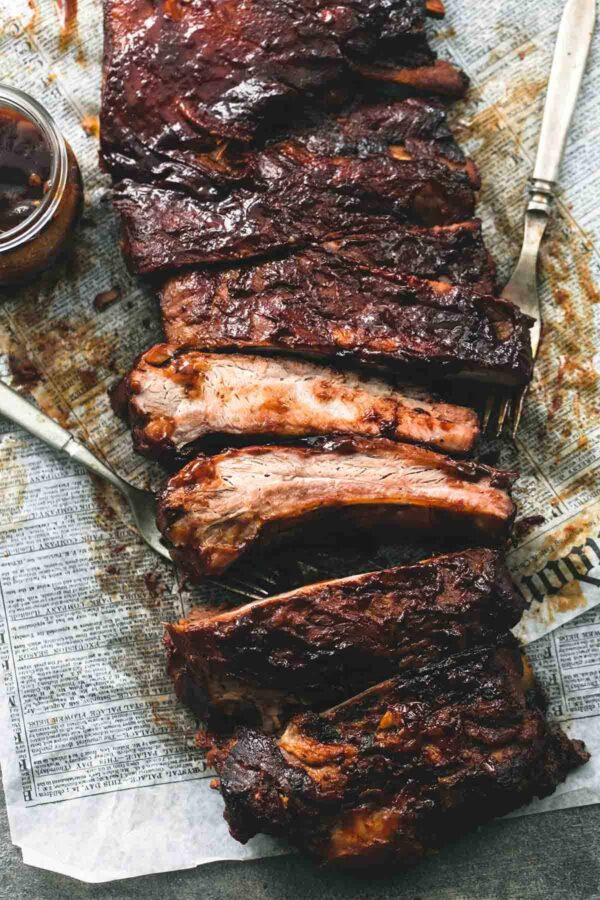 More Ribs in the Slow Cooker: 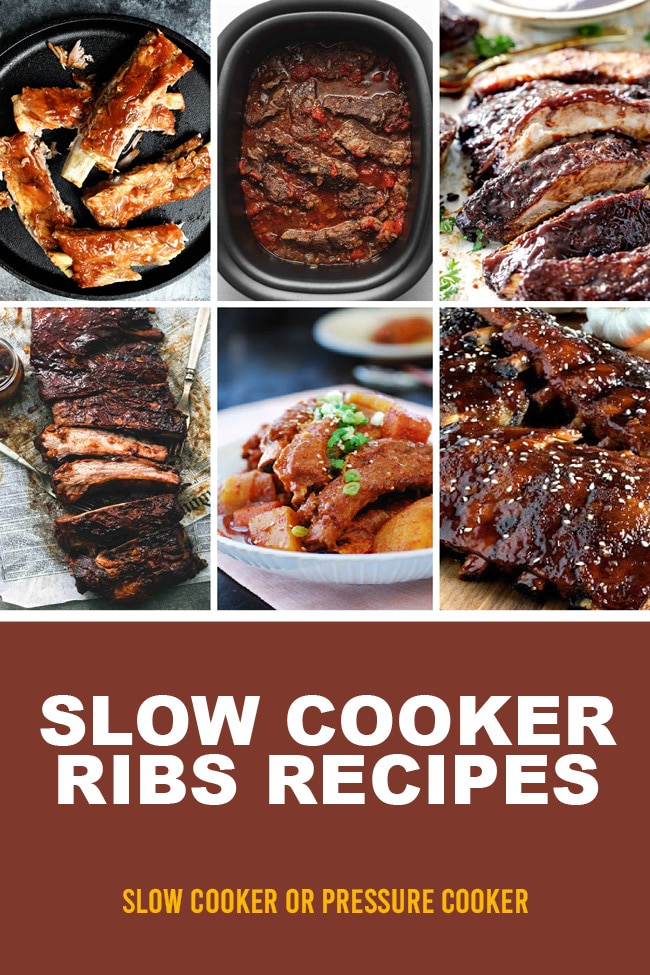