This post has delicious and easy to make French Onion Soup Recipes using the slow cooker or the Instant Pot! And there’s also a bonus section with other recipes that have the amazing French Onion flavors.

Pin the French Onion Soup Recipes to try some later! 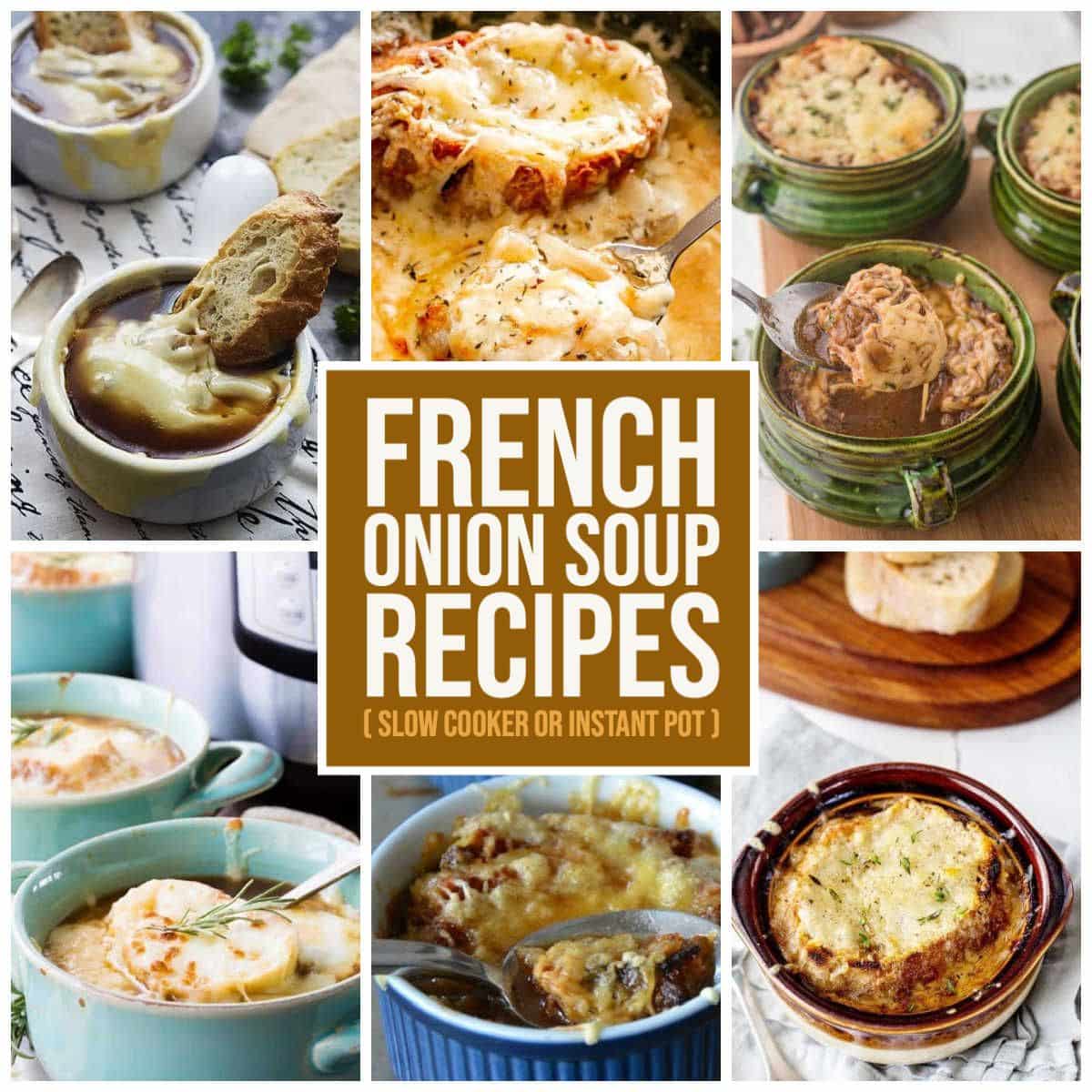 During college I worked at a now-closed Salt Lake City restaurant called Le Parisien, and I still have happy memories of the French Onion Soup they served there, something I ate pretty much every time I worked! This round-up has amazing-looking French Onion Soup Recipes so you can make this restaurant-favorite dish at home using the slow cooker or the Instant Pot!

And if you’re a fan of those tasty French Onion flavors, check out the bonus recipes at the end for some other dishes besides soup that have the flavors that you love in French Onion Soup!

What kind of recipes will you find here?

There are classic from-scratch French Onion Soup recipes here and some using canned soup or packets of French Onion Soup mix, so take your choice on that. And because so many people love those flavors in soup, we’re also sharing some tasty-looking recipes with French Onion Flavors!

Just click any recipe title to see the complete recipe on the original site, and enjoy! All photos are copyrighted to the blogger who posted the recipe. 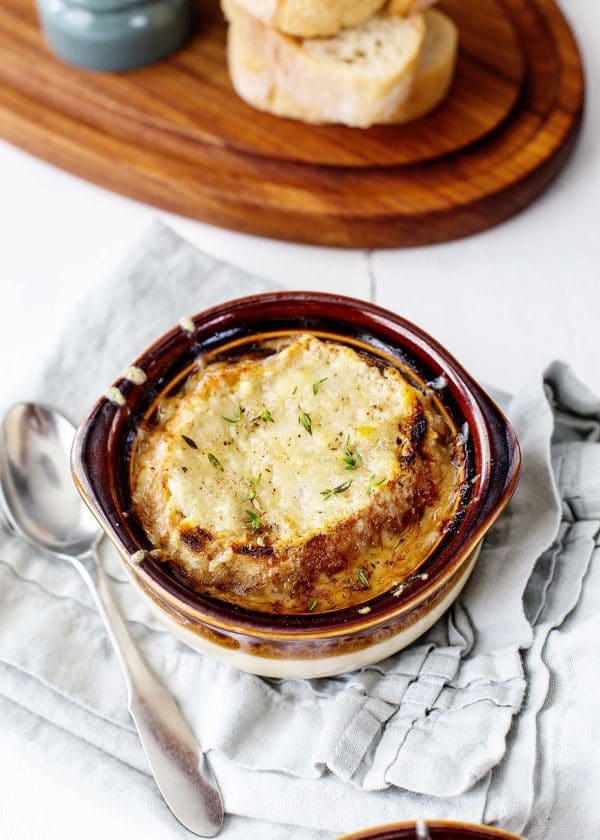 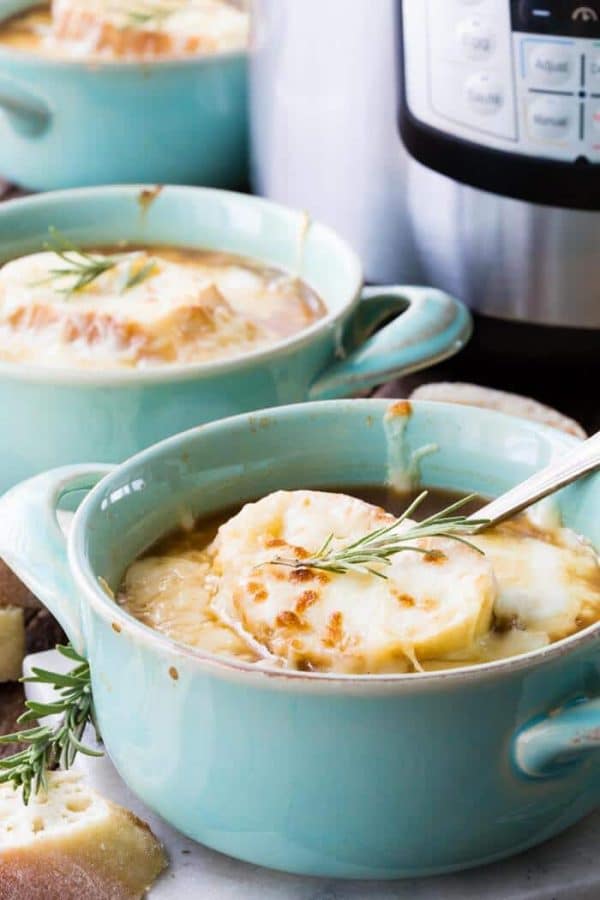 Instant Pot French Onion Soup from Eazy Peazy Meals can also be made in a slow cooker, this soup sounds easy! 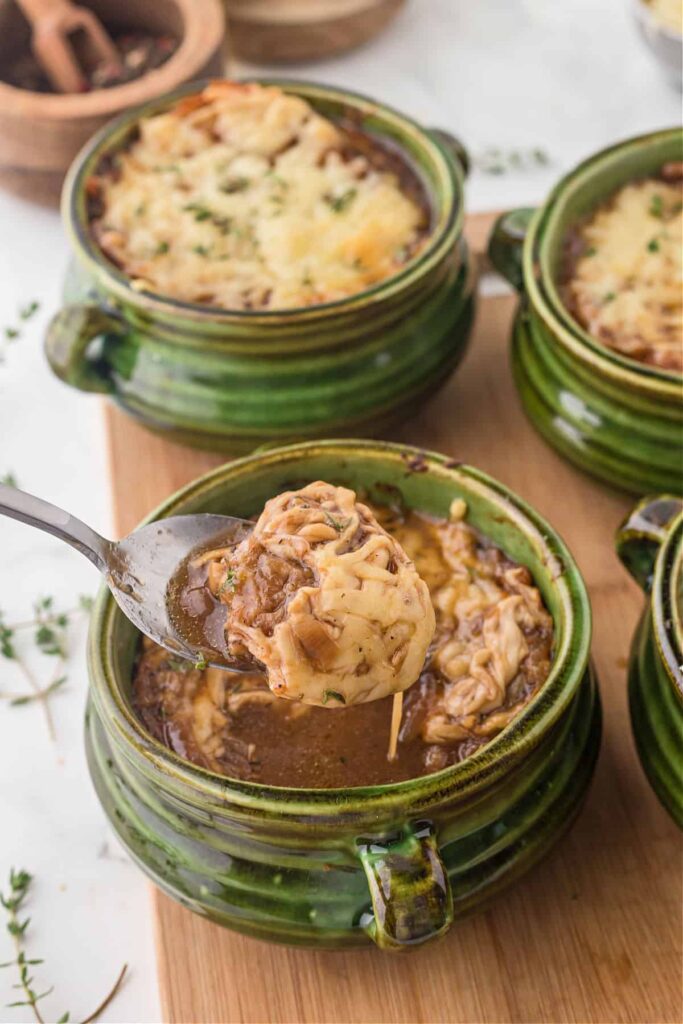 Instant Pot French Onion Soup from Shugary Sweets tops the soup with plenty of bread and cheese, which is an idea lots of people are probably going to like! 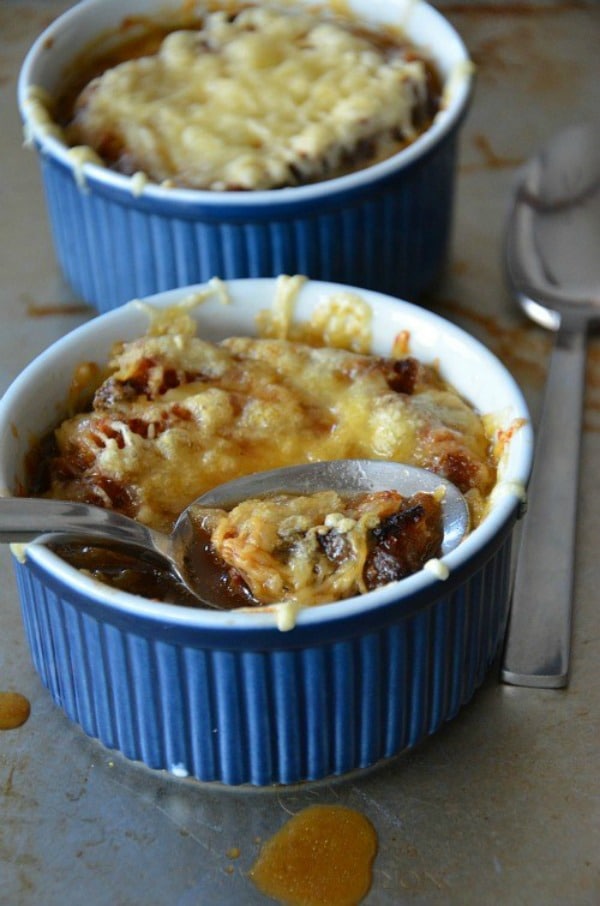 Slow Cooker Lighter French Onion Soup from Mountain Mama Cooks starts out by caramelizing the onions right in the slow cooker. The soup cooks all day on low and when you’re ready to eat, you dish the soup into individual bowls and melt the cheese under the broiler. 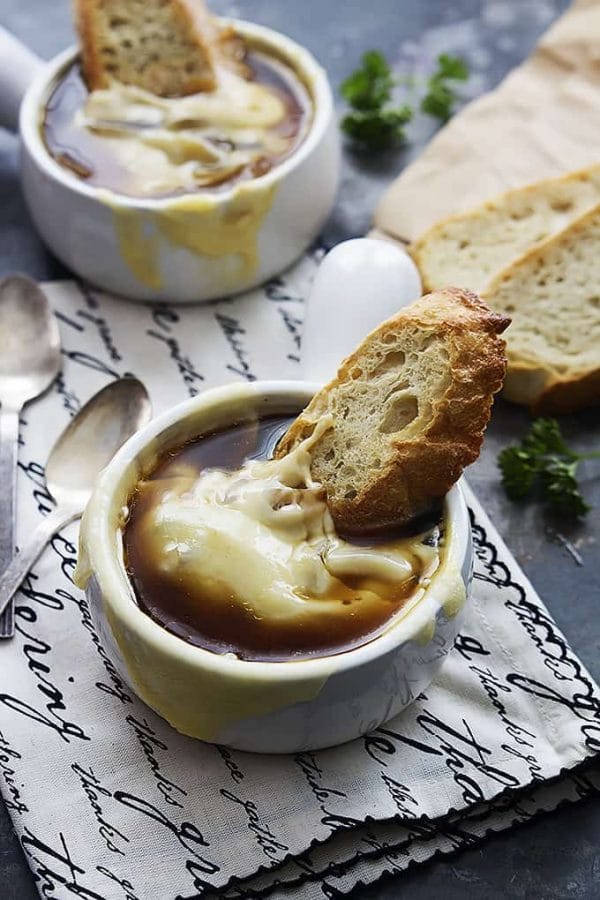 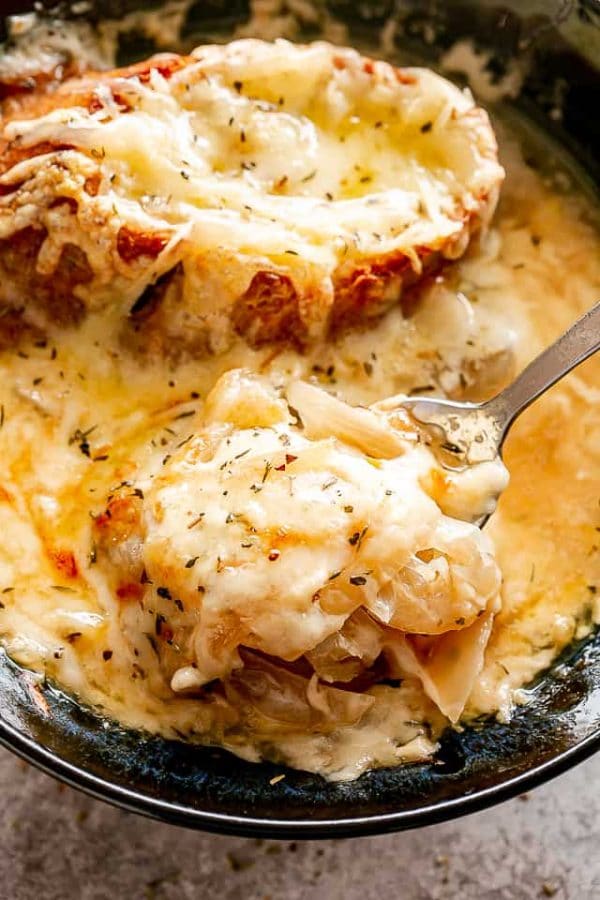 Slow Cooker French Onion Soup from Diethood also looks cheesy and delicious and Katerina gives you both a slower and quicker option for making it. 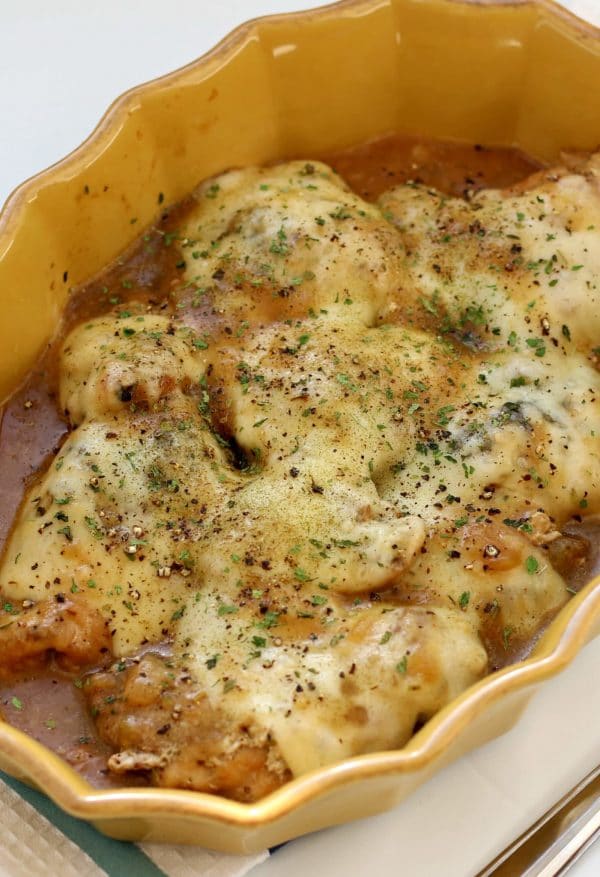 Instant Pot French Onion Chicken from 365 Days of Slow + Pressure Cooking has those French Onion flavors so many people love in a main dish with chicken! Don’t you think that looks amazing? 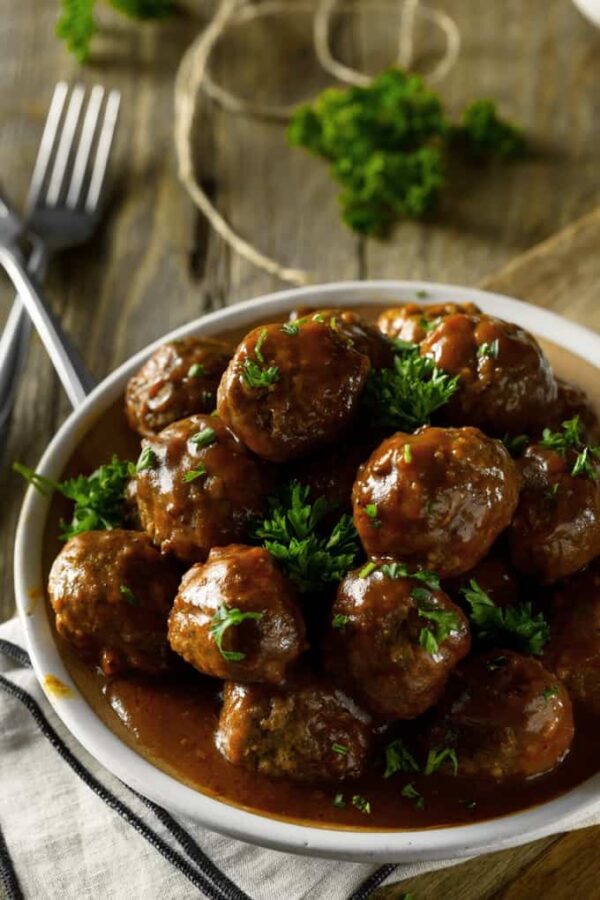 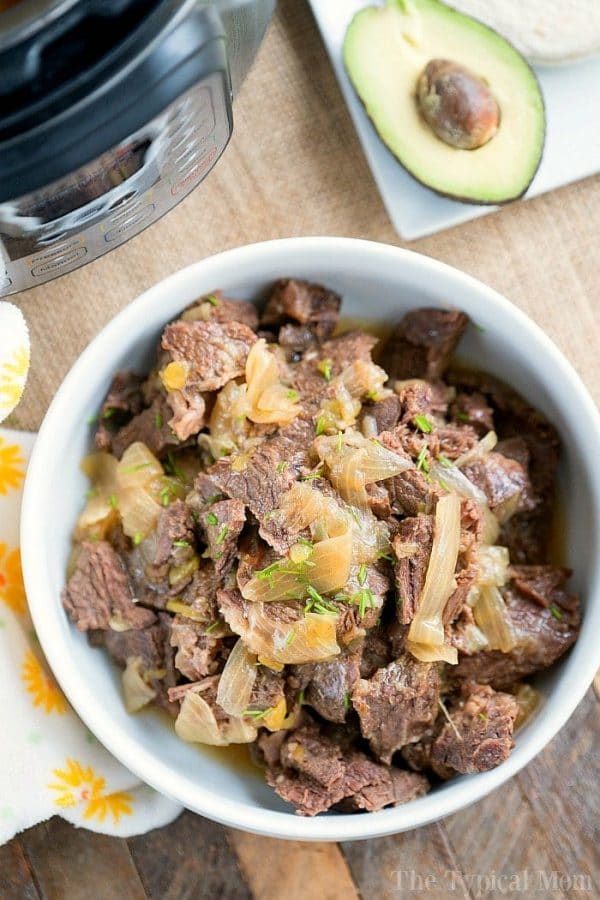 French Onion Pressure Cooker Roast from The Typical Mom sounds like a tasty way to add French onion flavors to pot roast, and Justine says her kids love this beef served in tacos! 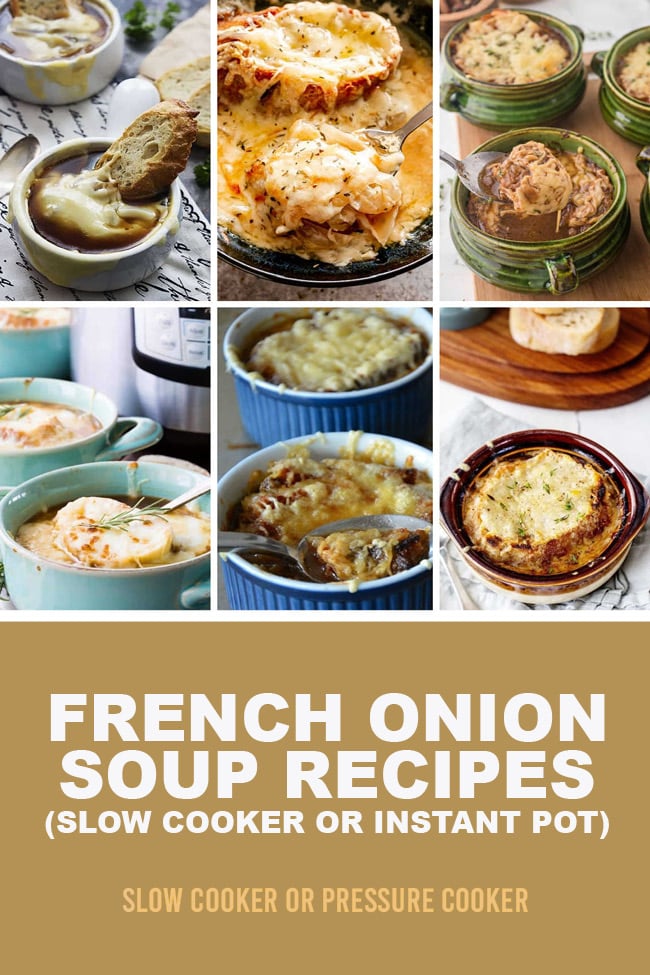