Here are our picks for The BEST Slow Cooker Chili Recipes with so many tasty variations for delicious chili made in the slow cooker. And using the slow cooker chili can keep the chili warm during the game! 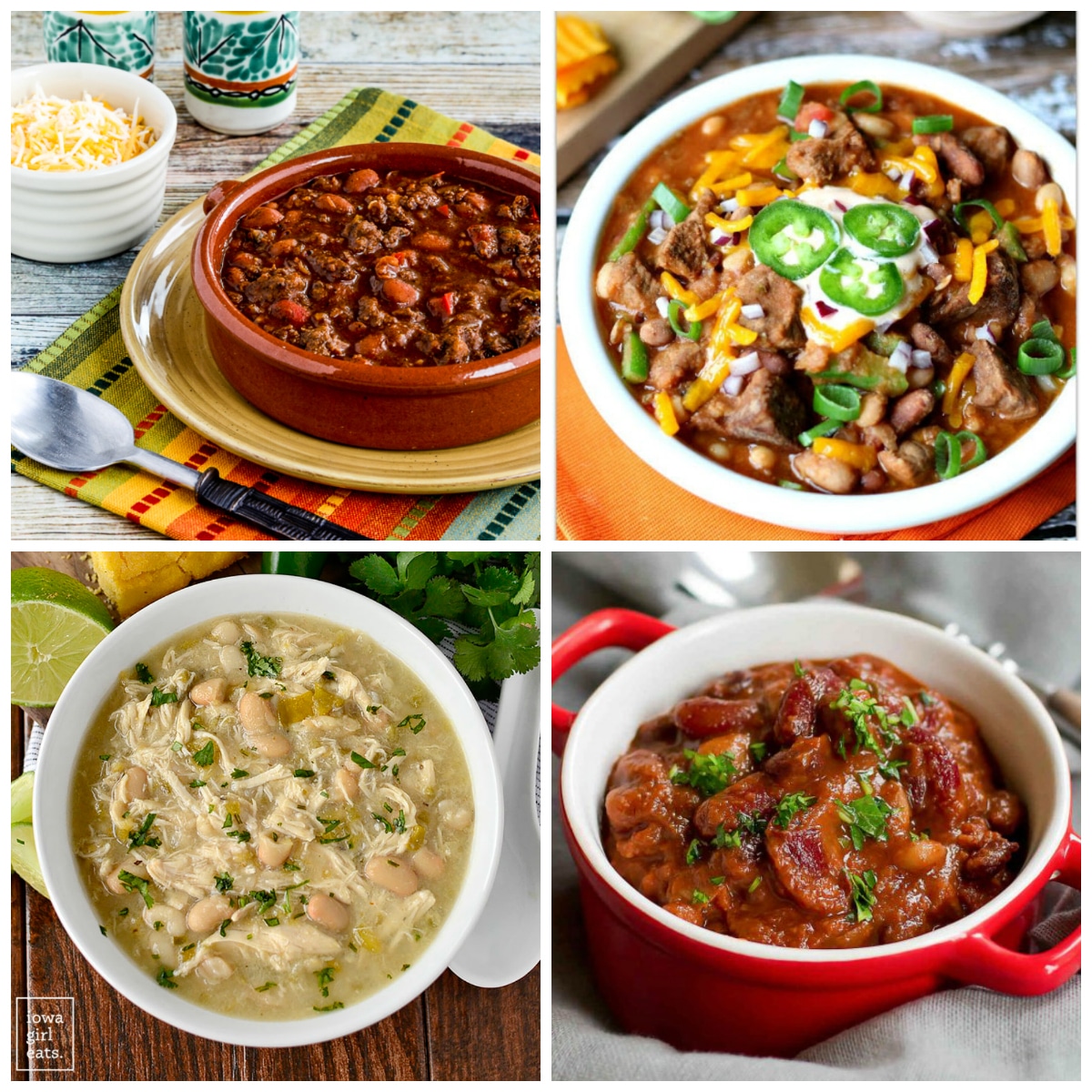 There are so many different variations for slow cooker chili that sometimes it’s hard to narrow it down, but this post has our picks for the best slow cooker chili recipes from around the web. We’re including chili made with ground beef, ground turkey, pork, or chicken, as well as vegetarian chili. And there are chili recipes with red beans, white beans, and many other types of beans. No matter which looks best to you, I hope I’ve convinced you to put chili on the menu while you watch the game!

All photos are copyrighted to the blog that originally posted the recipe. Just click the recipe title under each photo to see that recipe on the original blog. 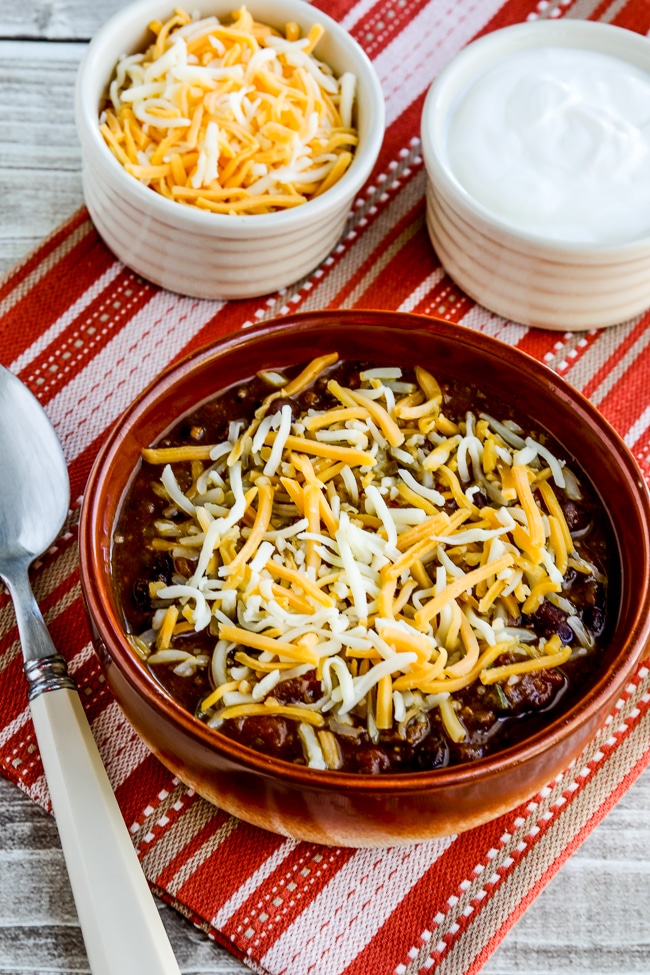 Pumpkin Chili with Ground Beef from Kalyn’s Kitchen is a big favorite in my family, and my nephew even won a chili contest with this recipe! There are instructions for the slow cooker or the Instant Pot, whichever works for you. 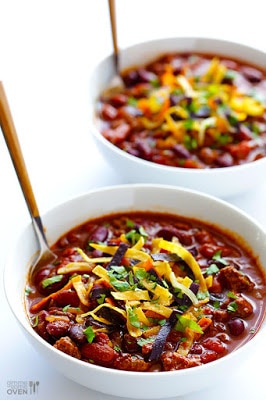 Slow Cooker Chili from Gimme Some Oven is a classic chili recipe that’s not too spicy. 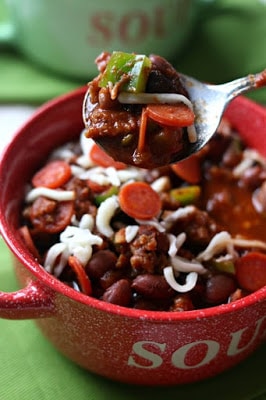 Kids who like pepperoni pizza are probably going to devour this Slow Cooker Pepperoni Pizza Chili from 365 Days of Slow + Pressure Cooking. 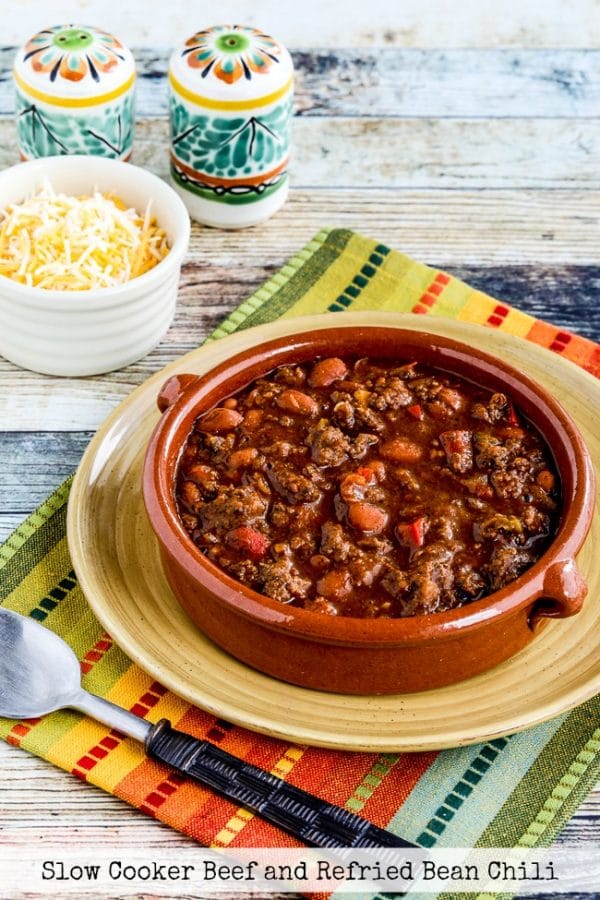 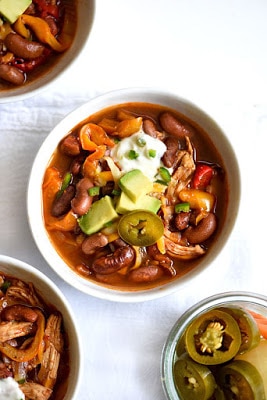 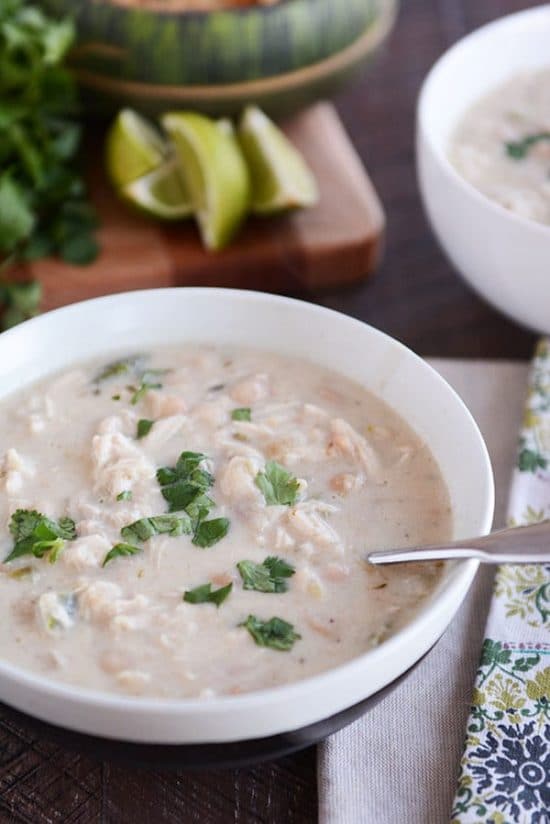 Anyone who likes creamy is going to swoon over this Creamy White Chicken Chili from Mel’s Kitchen Cafe and it can be made in the slow cooker or on the stove. 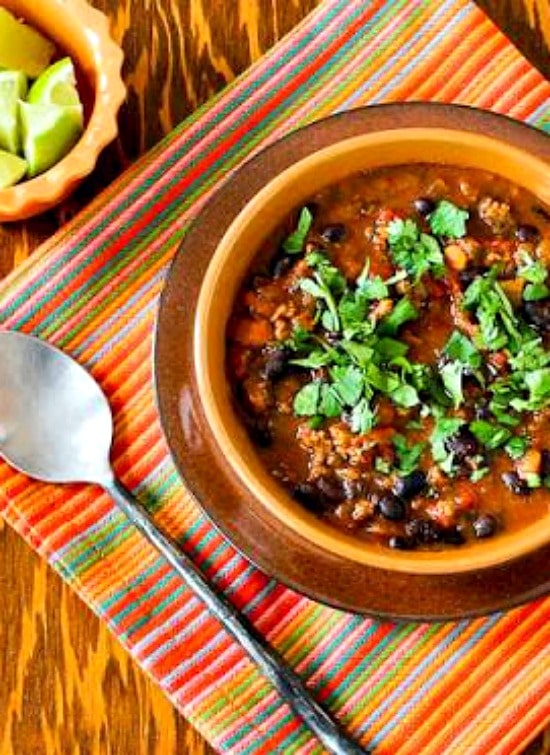 This CrockPot Black Bean Chili with Lime and Cilantro from Kalyn’s Kitchen is loaded with flavor! 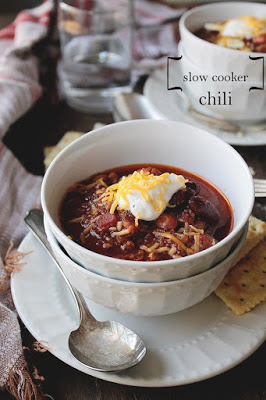 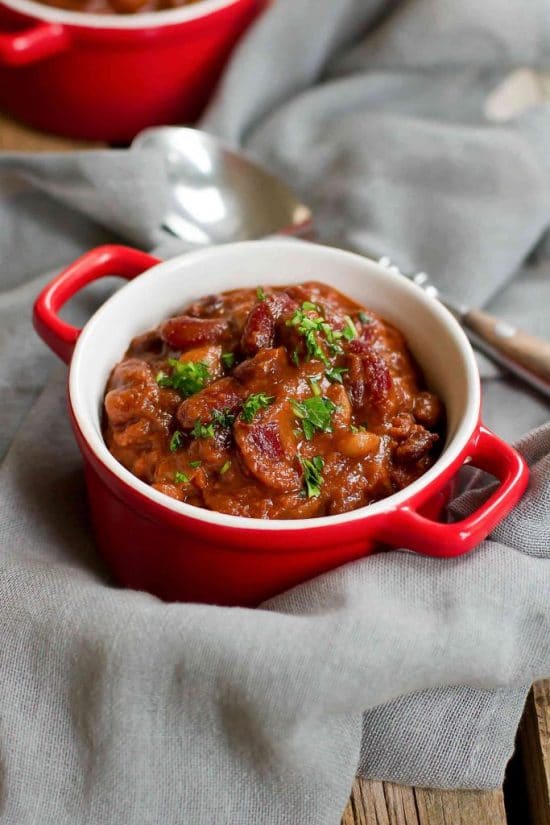 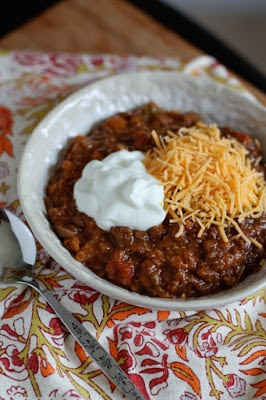 This Slow Cooker Lentil and Quinoa Chili from Aggie’s Kitchen just might  help you get back on track after an indulgent weekend. 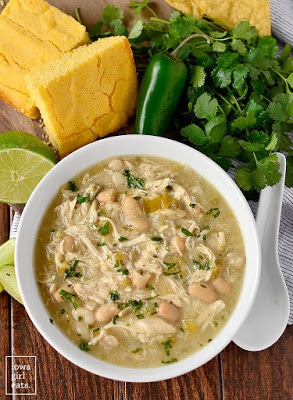 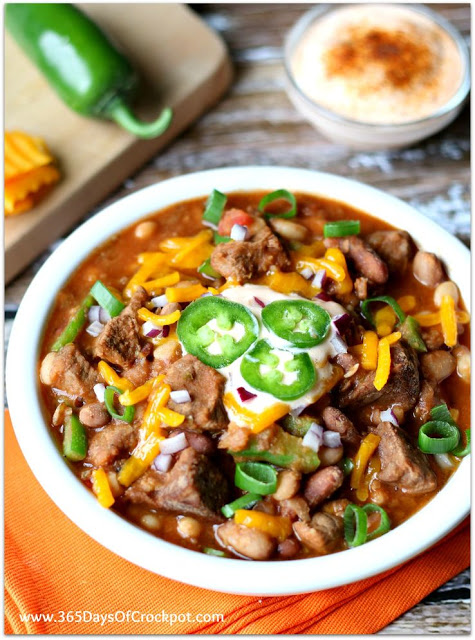