You’ll love the flavor combinations in these Slow Cooker or Instant Pot Cuban Pork Recipes and there are amazing ideas here for dinner!

And any of these for Cuban Pork can be served up in a taco, in a sandwich, or with a side of rice and beans, so Cuban Pork can be a very versatile dish.  Whether you use your Instant Pot or Slow Cooker, one of these recipes will help you create a delicious meal! 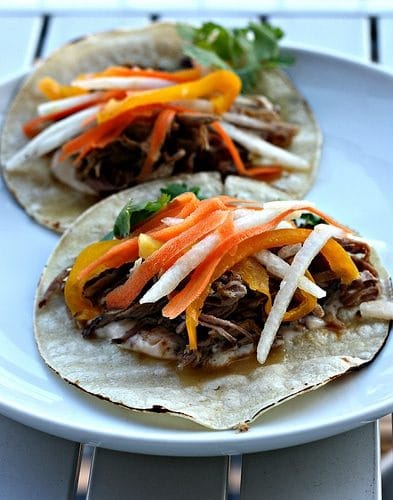 This Slow Cooker Cuban Pork from Elly Says Opa is cooked in a citrus sauce and served with a crunchy slaw on a tortilla. Looks so good! 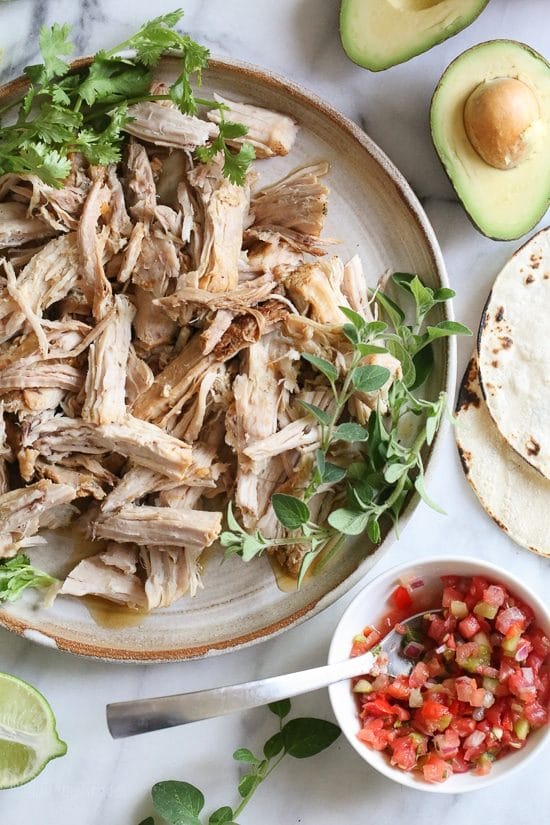 This Instant Pot Garlicky Cuban Pork from SkinnyTaste is tender shredded pork that’s marinated in garlic, cumin, lime, and grapefruit and then cooked in the Instant Pot or the slow cooker. Doesn’t this sound delicious for a great family meal for any day of the week?

Cuban Sandwiches from Mel’s Kitchen Cafe use pork that can be made in the Instant Pot or the Slow Cooker, and you may have had this classic sandwich in a deli. 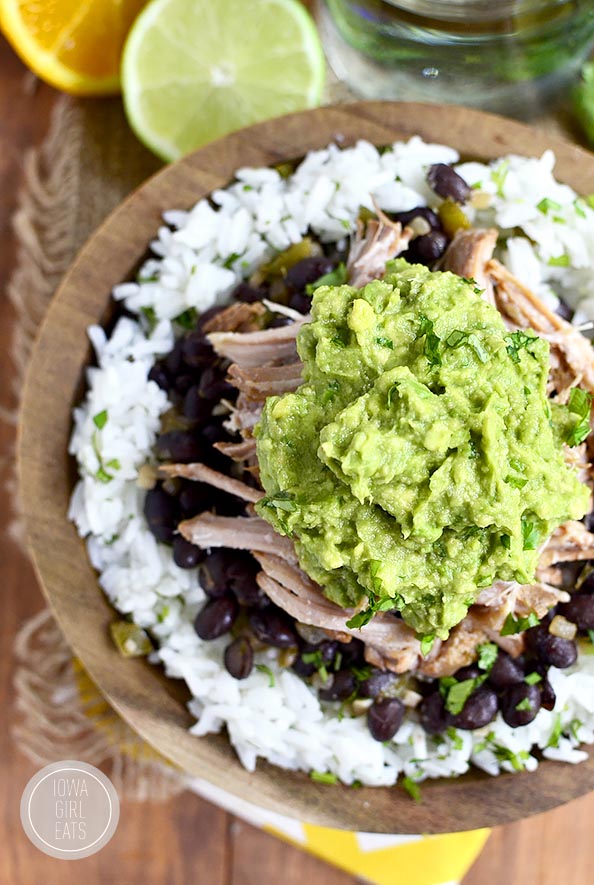 I think this Crock Pot Mojo Pork with Cuban-Style Black Beans from Iowa Girl Eats looks like a great recipe to introduce your family to Cuban flavors!

Even More Ideas for Cuban Pork:

More Tasty Pork  in the Slow Cooker or Instant Pot:

Use the Pork Index to see all the pork recipes that have been featured on this site.
The BEST Instant Pot Pork Chops!
Instant Pot Dinners with Pork