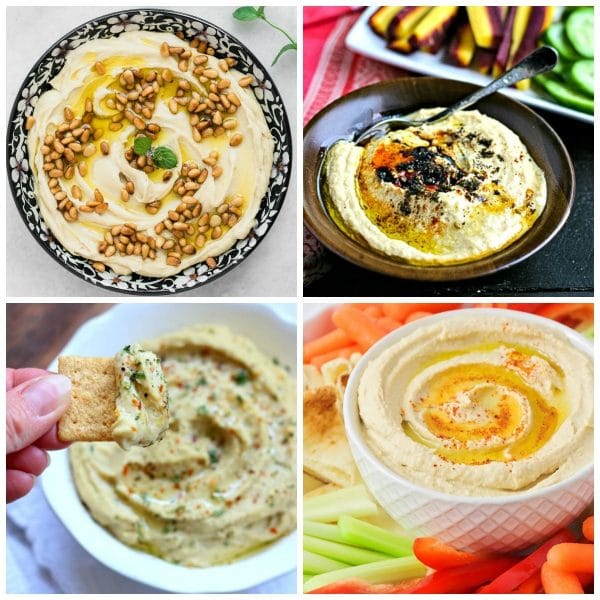 And if you’re thinking of a new idea for something to serve for Super Bowl eats, you might like some of the tasty (and creative!) ideas in this collection of Slow Cooker and Instant Pot Hummus Recipes! After you’ve made your hummus I’m also giving you links for a few recipes using hummus that I thought looked especially interesting; enjoy.

The name Hummus comes from the Arabic word for Chickpeas (also called garbanzo beans) and hummus is a dip or spread spread made with cooked, mashed chickpeas and usually including olive oil, lemon juice, garlic, and Tahini Sauce (affiliate link). Read more about Traditional Hummus at Wikipedia. 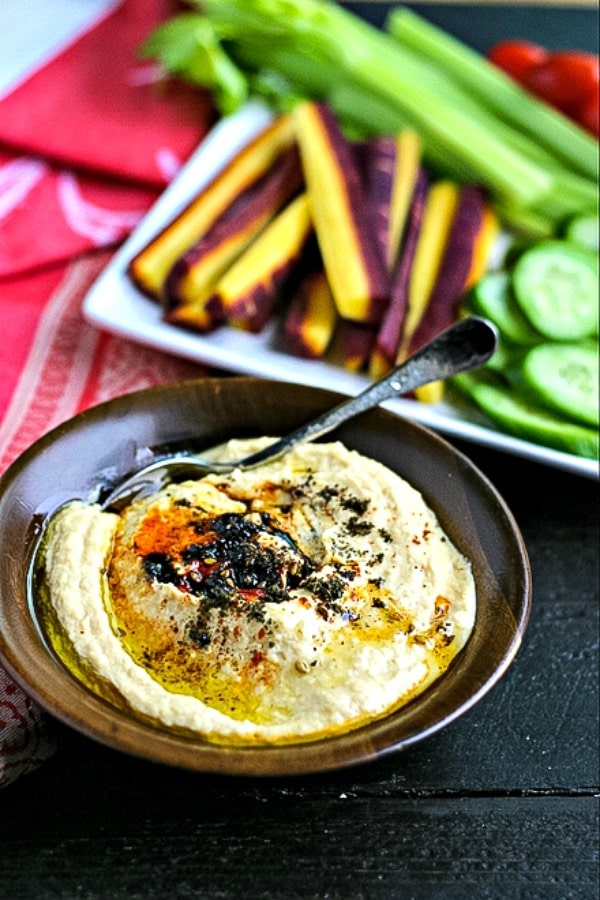 Instant Pot Hummus from Everyday Maven is a classic hummus recipe that starts with dried garbanzo beans, no need to presoak them for this recipe! 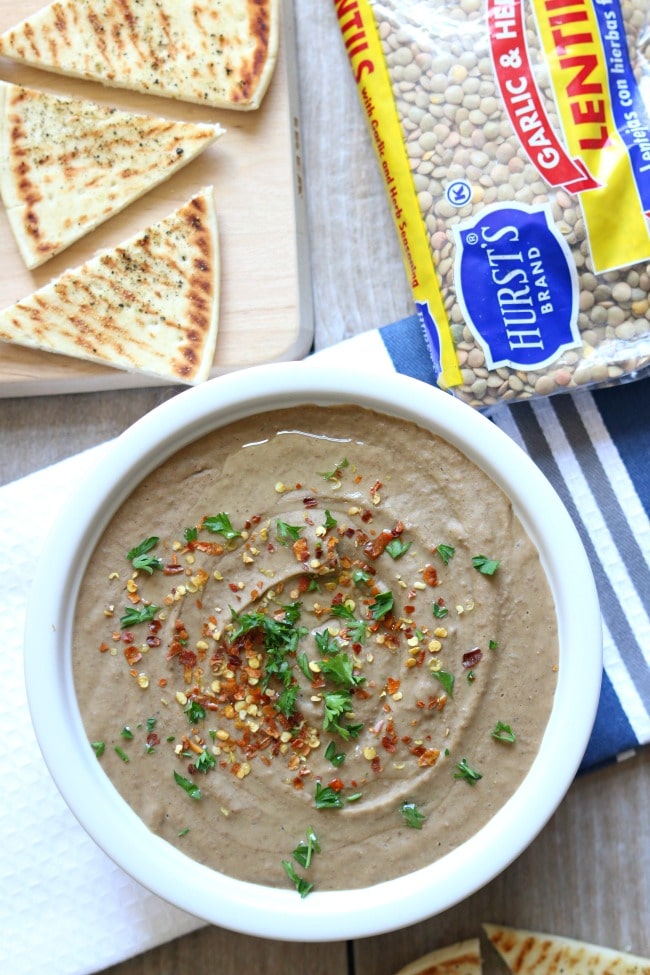 I’ve never tried hummus made with lentils but I think they sound delicious in this Slow Cooker Lentil Hummus from 365 Days of Slow + Pressure Cooking! 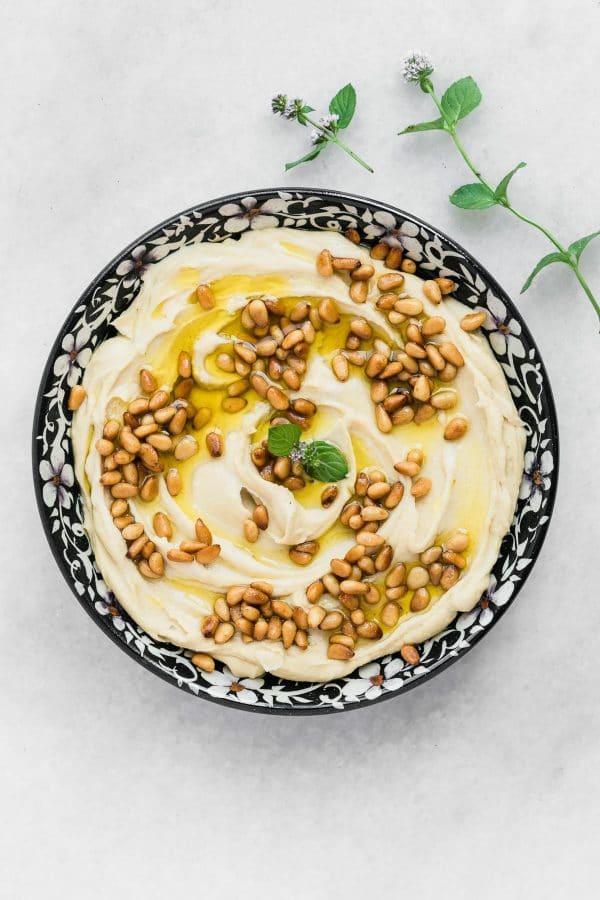 I love the topping of pine nuts on this Instant Pot Hummus from The View from Great Island! 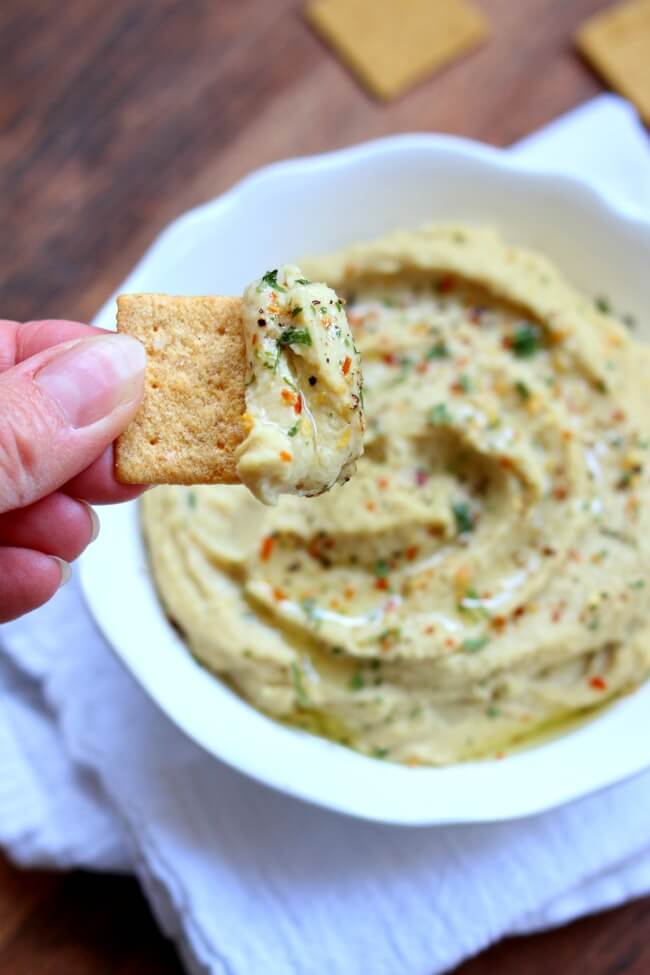 If you’re not a fan of the tahini sauce that’s traditional for hummus, you might like this Instant Pot Hummus without Tahini from 365 Days of Slow + Pressure Cooking. 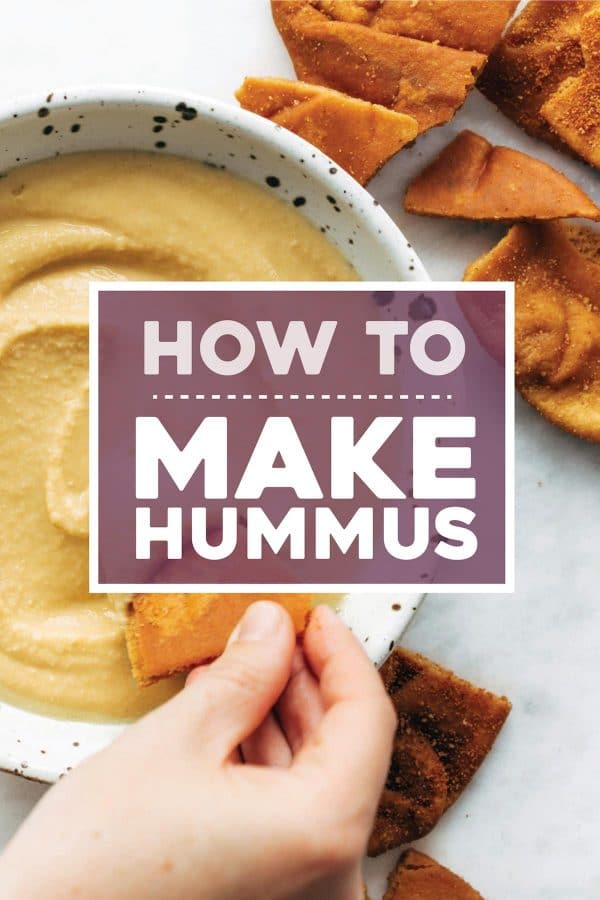 You can read all about How to Make Hummus from Pinch of Yum and Lindsay recommends cooking the garbanzo beans in the Instant Pot to make her tasty homemade hummus. 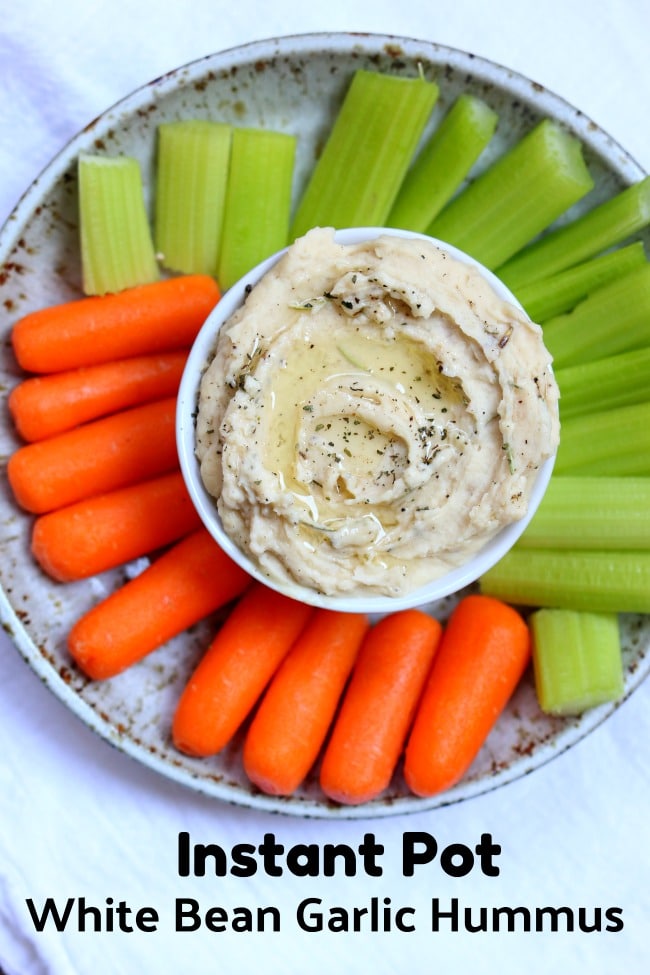 If you’re not a fan of garbanzo beans (or just don’t have any on hand) I think this Instant Pot White Bean Garlic Hummus from 365 Days of Slow + Pressure Cooking looks really tasty! And there’s a slow cooker version of this recipe as well. 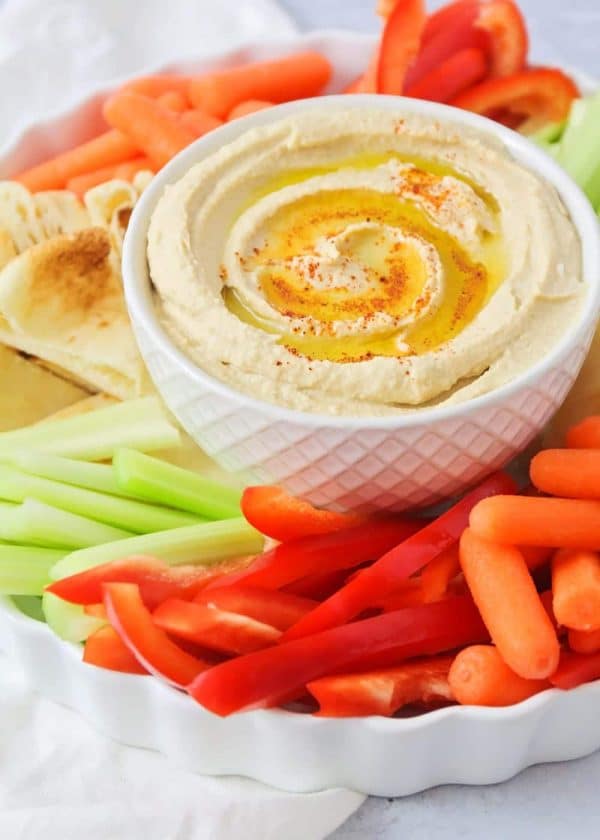 I think this Homemade Hummus from Lil’ Luna sounds amazing, and Kristyn recommends ditching the canned beans and cooking your garbanzo beans in the slow cooker for this recipe! 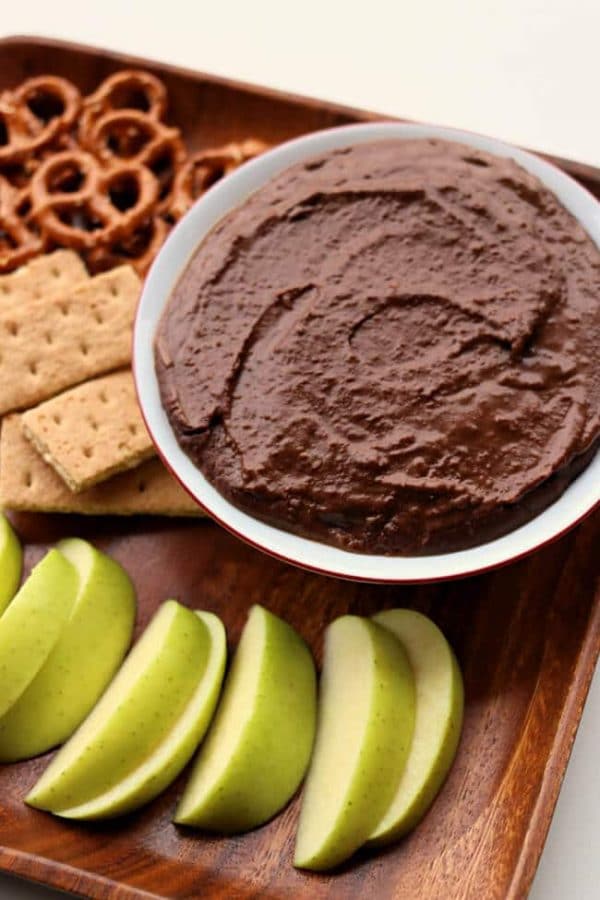 Maybe the most think-outside-the-box version of hummus I’ve seen is this Instant Pot Chocolate Peanut Butter Hummus from 365 Days of Slow + Pressure Cooking! Karen says this was inspired by a hummus she sampled at the grocery store; would you try it? 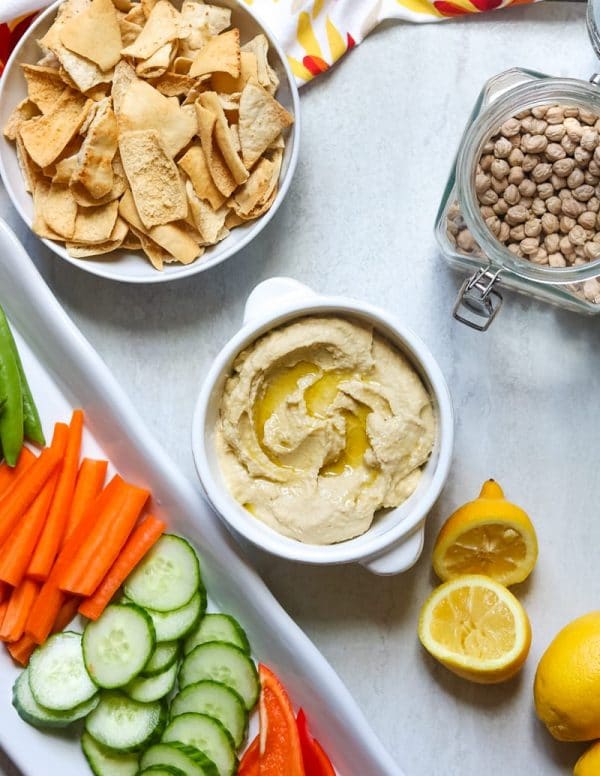 And this Instant Pot Hummus without Tahini from A Mind Full Mom uses the very creative idea of cooking raw sunflower seeds with garbanzos in the Instant Pot for a variation of hummus that Kristen says was an absolute winner!

More Beans in the Slow Cooker or Instant Pot:

Use Beans and Legumes Recipes to find more recipes using these pantry ingredients! 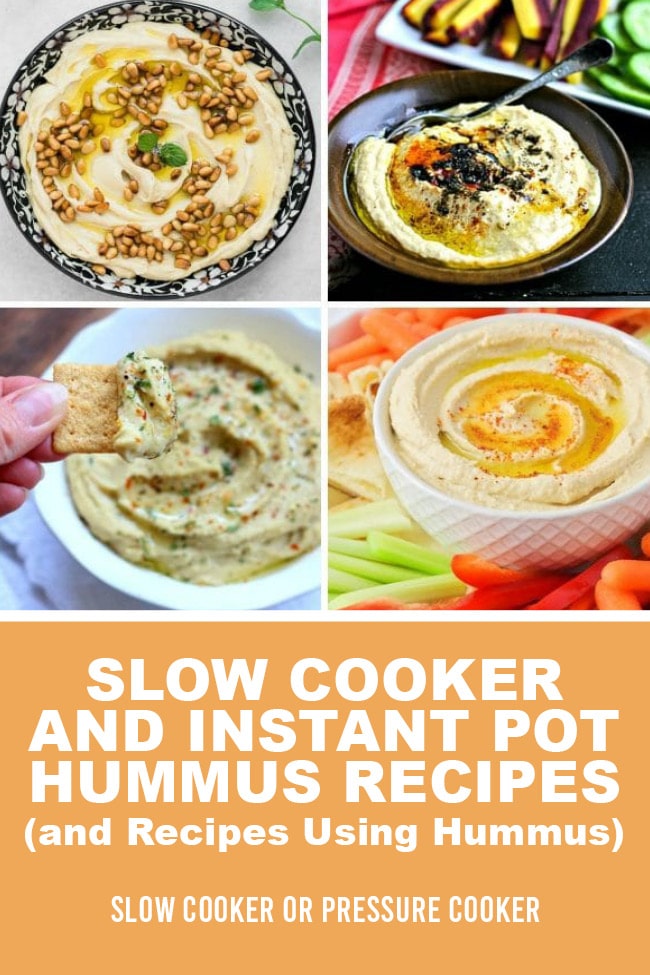