Food bloggers can show you How to Make CrockPot or Instant Pot Spaghetti Squash, and it’s so versatile for a low-carb vegetable! And see ideas in this post for serving spaghetti squash in interesting ways. 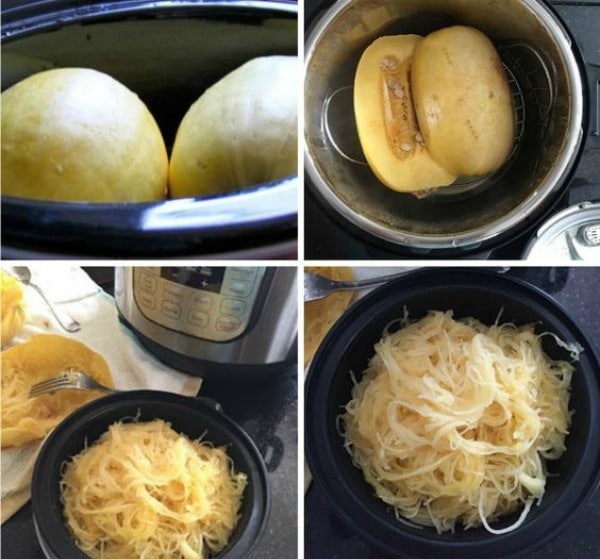 What is Spaghetti Squash?

How can Spaghetti Squash be used in recipes? 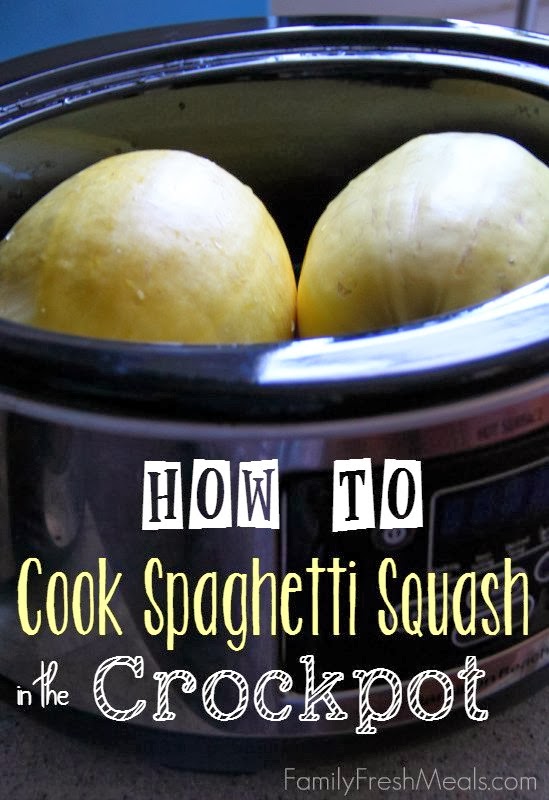 I bookmarked the post on How to Cook Spaghetti Squash in the CrockPot from Family Fresh Meals the minute I saw it a few years ago. And then I started wondering why I had never thought of doing this?  Not that spaghetti squash is difficult to cook, but cutting it is kind of a pain, and cooking it in the slow cooker means one less thing to have to watch while it’s cooking. Two thumbs up to Corey for this great idea for CrockPot Spaghetti Squash; I’m definitely trying it! See all about how to  make CrockPot Spaghetti Squash from Family Fresh Meals. 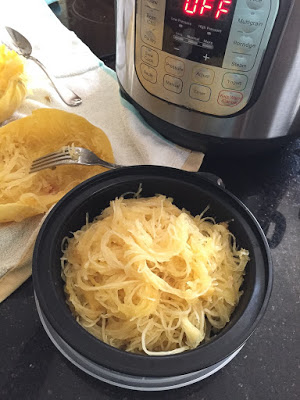 More Spaghetti Squash in the Slow Cooker or the Instant Pot: