If you love Chile Verde in a Mexican restaurant, here are Slow Cooker Chile Verde Recipes for you to try at home. And many of these tasty recipes are low in carbs; enjoy! 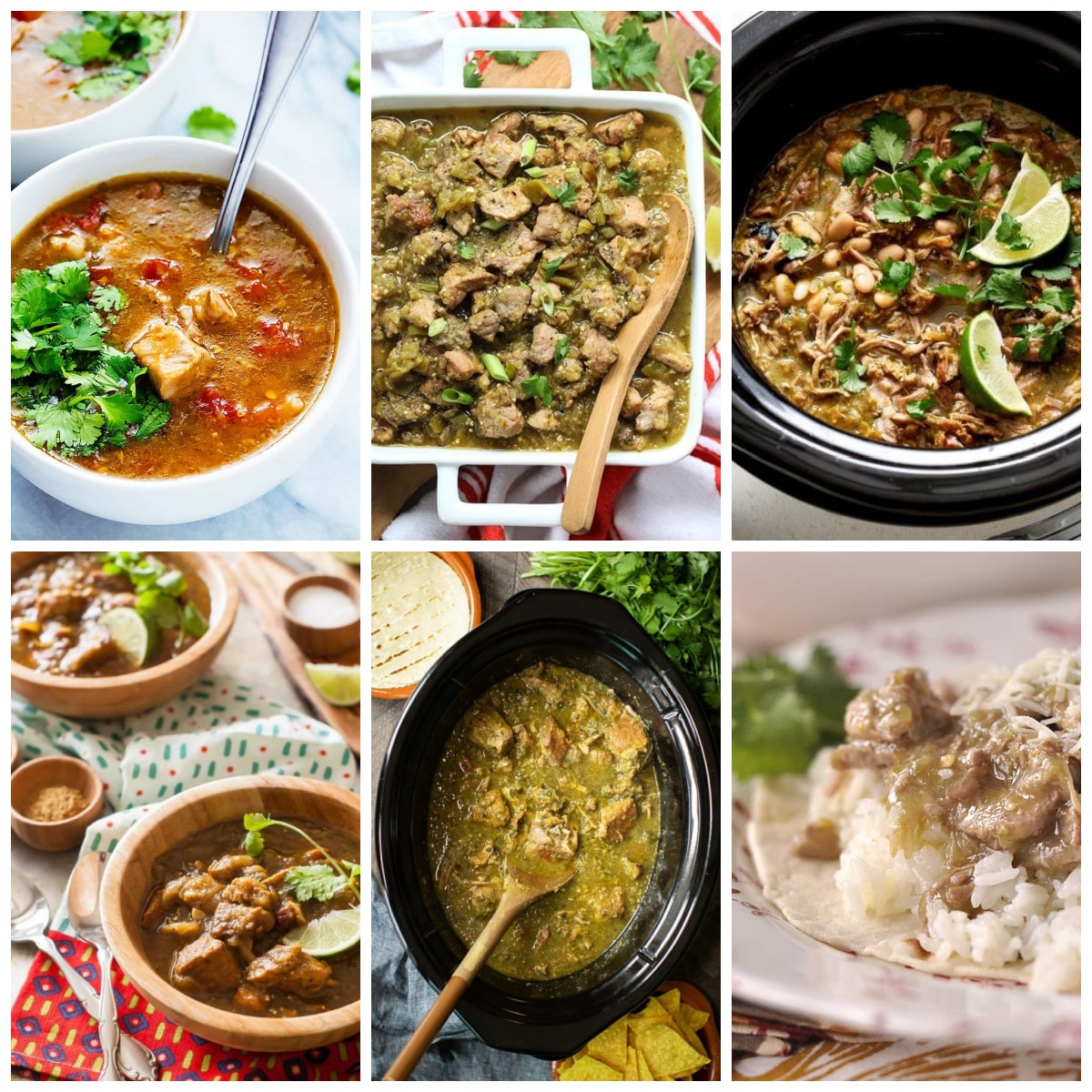 If you live in the western U.S. you probably know about the delicious Mexican dish called Chile Verde. It’s traditionally made using green chiles and pork, and everyone who loves that dish will enjoy this collection of Slow Cooker Verde Recipes. And there are ten different amazing recipes here, so it’s time to make Chile Verde at home!

And although some people use chicken with green chiles to make a dish that’s similar to this, I think Pork Chile Verde is where it’s really happening. In Utah the Chile Verde from The Red Iguana is the one that makes me swoon, but I think these slow cooker Chile Verde recipes from food bloggers all look pretty spectacular! We looked all over the web and picked the recipes we thought looked amazing, hope you enjoy!

And if you prefer using the Instant Pot, check out our round-up of Instant Pot Chile Verde Recipes.

What is Chile Verde?

Chile Verde is a well-known Mexican dish that includes tender pieces of pork simmered in a sauce that includes tomatillos, Jalapenos, or other green chile peppers, and garlic.

Can Chile Verde be a low-carb meal?

If you skip the tortillas or serve with Mission Carb Balance Low-Carb Tortillas (affiliate link) or your favorite low-carb tortillas, most of these recipes are fairly low in carbs or can easily be made low-carb with minor changes. 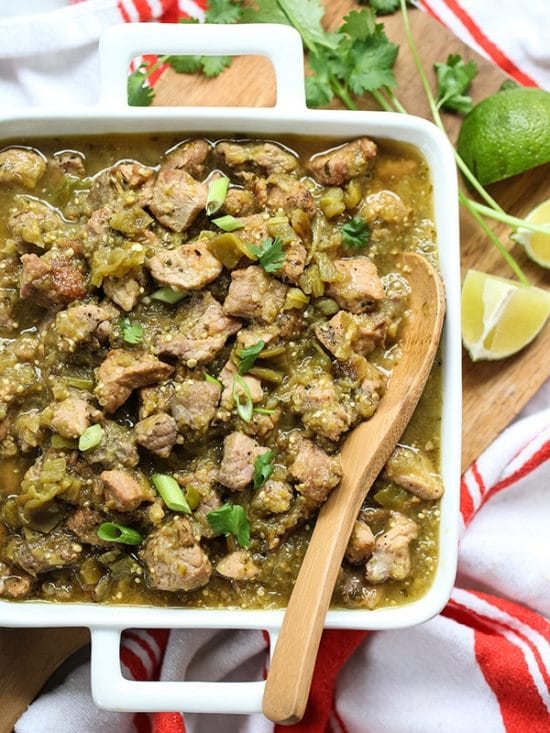 Slow Cooker Hatch Green Chile Verde from Foodiecrush uses roasted Hatch green chiles, tomatillos, onion, garlic, and a few seasonings with a pork sirloin roast to create this delicious looking green chile verde. Heidi says if you don’t have fresh Hatch chiles you can roast a couple of jalepenos with the tomatillos in place of the chiles. 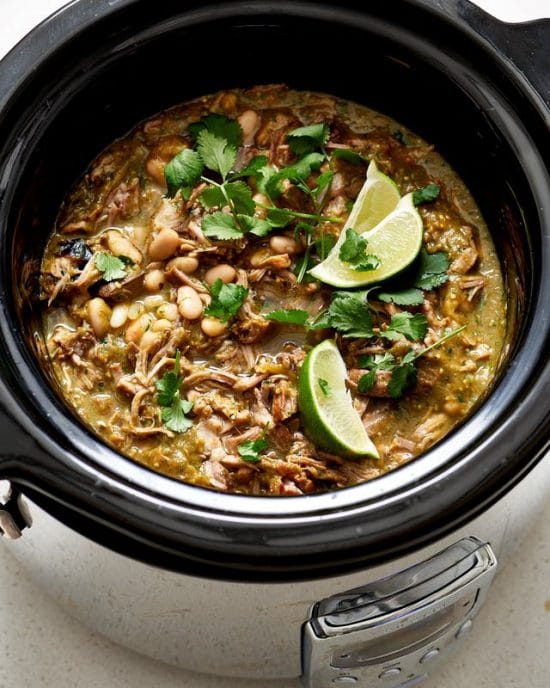 Slow Cooker Chili Verde from The Kitchn is a pork-based stew simmered with poblano peppers, jalapenos, tomatillos, spices, and great northern beans. Served in a bowl as a chili-stew that is eaten with a spoon and topped with cilantro and a wedge of lime. 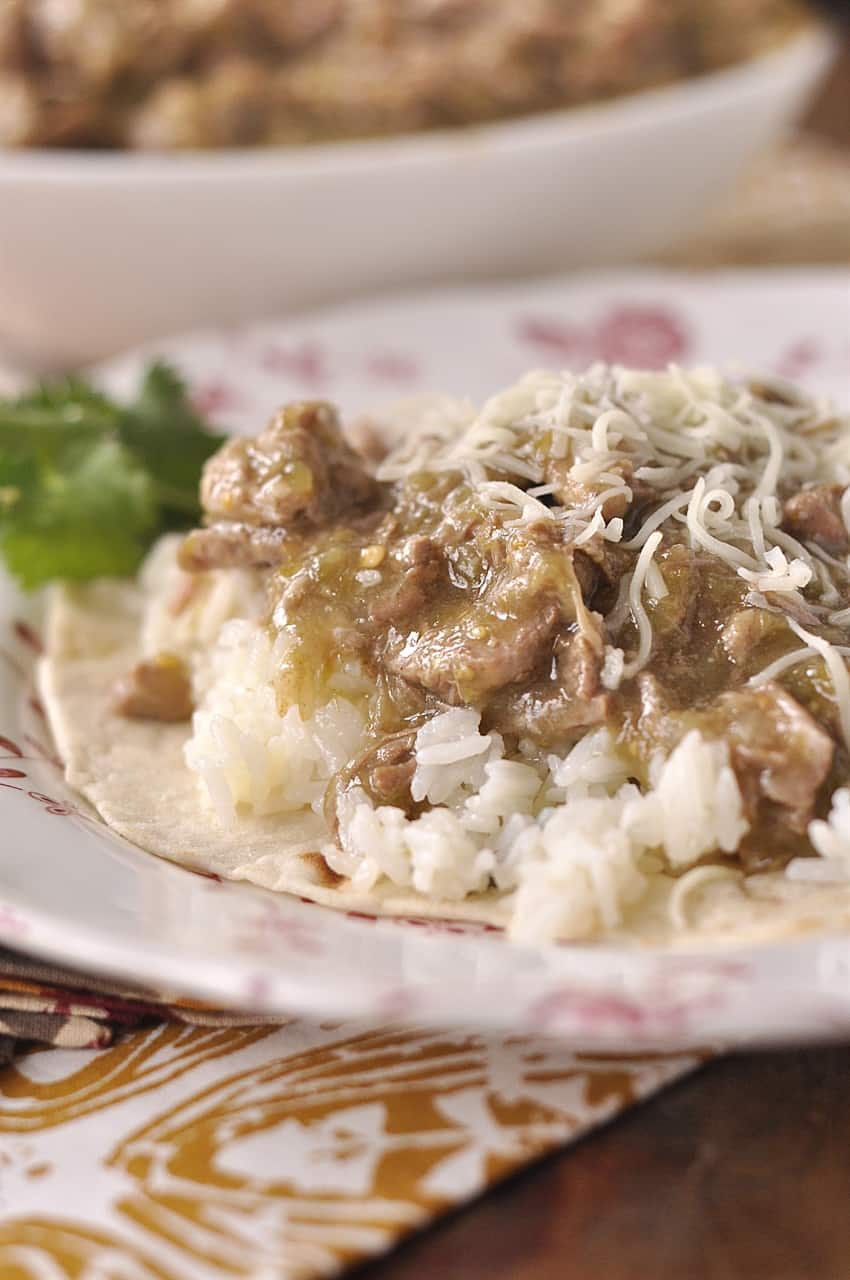 For this Slow Cooker Pork Chile Verde from Leigh Anne Wilkes you brown the pork first and then put it and everything else in the slow cooker and let it cook. This Pork Chile Verde would be great served on it’s own or wrapped in a tortilla and smothered with cheese. 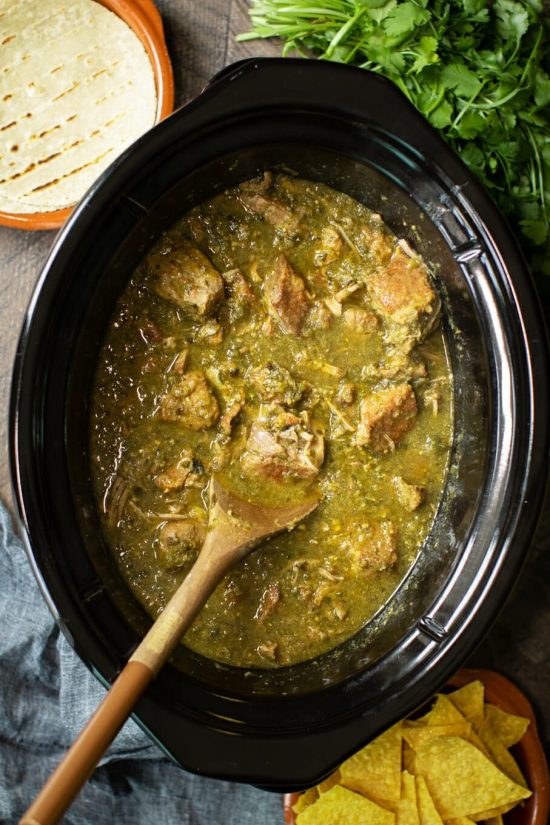 Slow Cooker Chile Verde from The Magical Slow Cooker starts by roasting peppers, garlic, tomatillos, and onions; then blended together and simmered with pork, a few spices, and a little broth. After several hours in the slow cooker this Chile Verde is cooked to perfection and ready to serve. 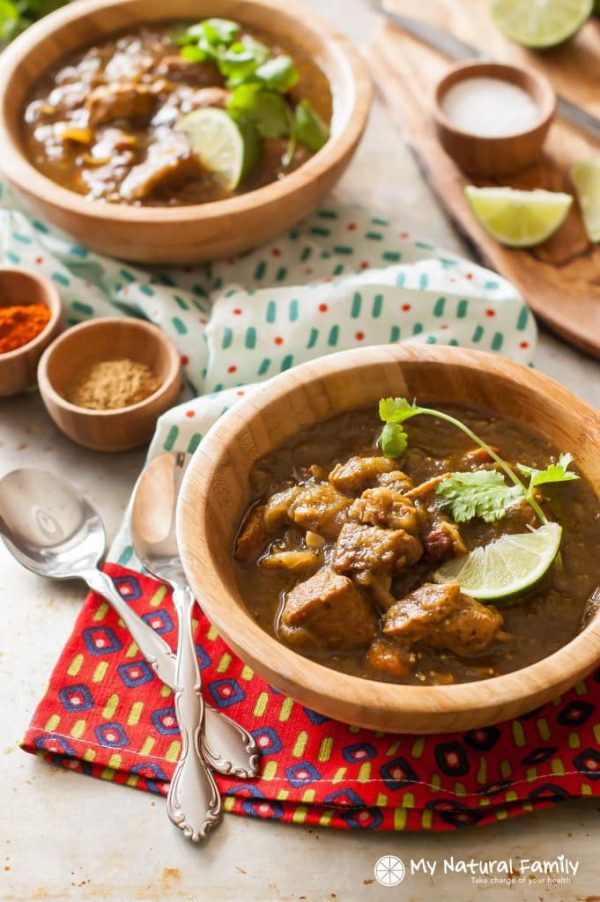 Pork Crock Pot Chile Verde from My Natural Family is easy to make in the slow cooker, and Rebecca says she loves to start this the night before and let it cook all day. 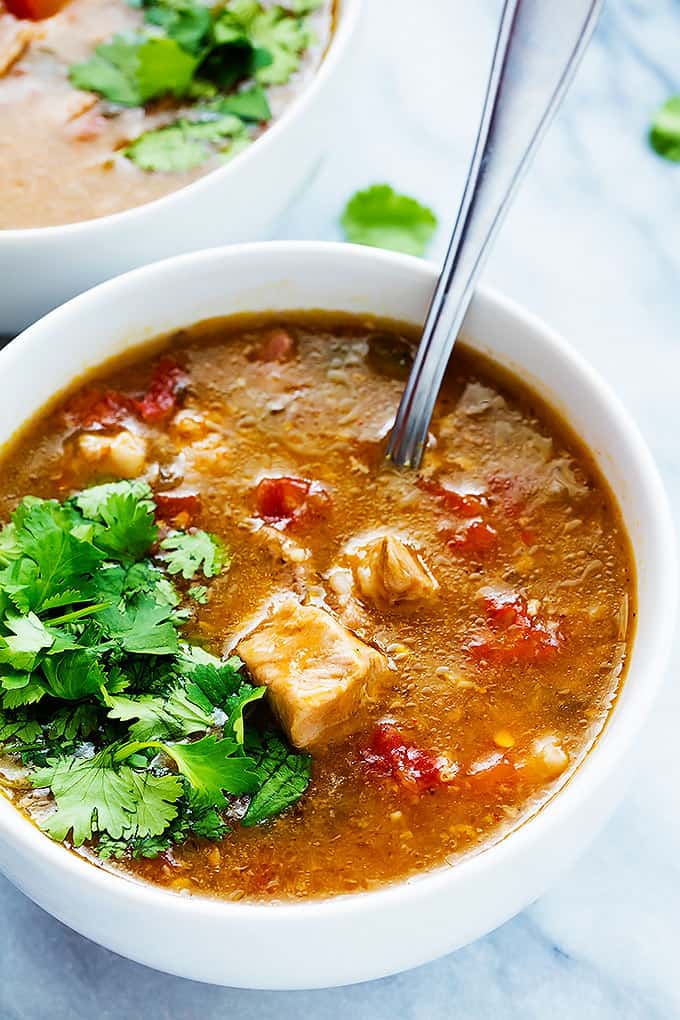 Slow Cooker Chile Verde from Creme de la Crumb is a specialty of Tiffany’s mother, and she says she has so many good memories associated with this dish.

More Chile Verde to make in the Slow Cooker:

More Pork in the Slow Cooker: