The tasty chicken tacos recipes in this round-up of Slow Cooker Chicken Tacos can easily be a low-carb meal if you choose the right ingredients!

PIN The Slow Cooker Chicken Tacos to make some later!

There’s a lot to love about the chicken tacos recipes in this great collection of Slow Cooker Chicken Tacos! And if you use Low-Carb Tortillas (and make sure ingredients like Salsa Verde or Tomato Salsa don’t have added sugar), any of these can easily be a low-carb meal! And any of the chicken taco recipes here would also be perfect for  Taco Tuesday! (Is that a thing at your house?)

Each recipe is a slightly different version of chicken tacos, and a few of the Slow Cooker Chicken Tacos now have Instant Pot Instructions, so we’re updating this post with that information. And if you’re really craving tacos, recently we spotlighted Amazing Slow Cooker and Instant Beef Tacos, and some of those definitely look like a must-try as we;;!

END_OF_DOCUMENT_TOKEN_TO_BE_REPLACED

This popular post with 25 Low-Carb and Keto Slow Cooker Dinners has so many great ideas; cook on the weekend and eat it during the week! Check out Low-Carb Recipes for other low-carb slow cooker and Instant Pot dinner ideas featured on this site! 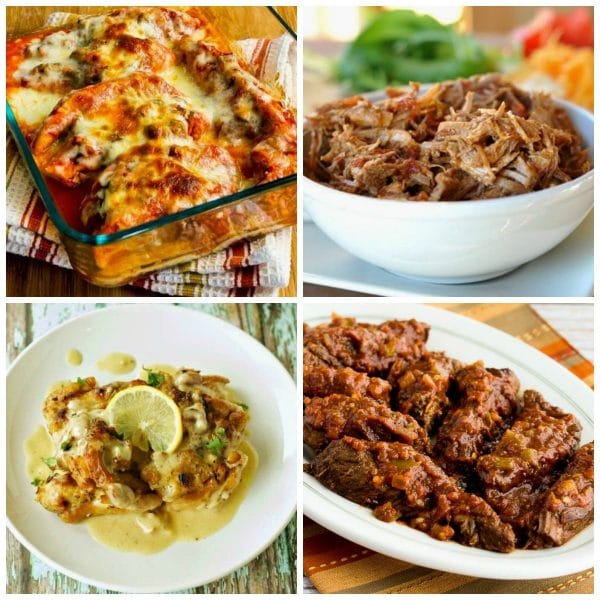 It’s January, and when you look at the list of most popular recipes on this site, it’s obvious that a lot of people watch their carbs much more closely during January. This collection of 25 Low-Carb and Keto Slow Cooker Dinners can certainly help with that!

This round-up has tried-and-true low-carb dinners from blogs around the web, including quite a few of my favorites from Kalyn’s Kitchen!

When I collected these 25 Low-Carb and Keto Slow Cooker Dinners, I decided right away to eliminate soup, and also to try to avoid most recipes where the blogger recommends serving over rice, inside bread, or on noodles unless I felt the food would be equally good eaten alone.

I also wanted low-carb and Keto dinners that really looked amazing; things I’d happily eat for dinner myself, and I think this is a delicious-looking assortment of dinner ideas. I’m also tagging this post as Keto because most recipes are Keto but some might need to be slightly adjusted to work for a Keto diet.

END_OF_DOCUMENT_TOKEN_TO_BE_REPLACED

Slow Cookers are perfect for making game-day food and keeping it warm, and we have 40 ideas in this collection of The BEST Slow Cooker Game Day Recipes! And check out the links after the photos for other slow cooker or Instant Pot round-ups for game day food!

I know people are loving their Instant Pots these days, but don’t forget about how using the slow cooker can make game day eats a lot easier to prepare and keep warm. In fact, even if you have pretty much abandoned the slow cooker, I still think you should pull it out on game day, and especially on Super Bowl Sunday when you’re having a big party and inviting folks over to watch football!

We scoured the web to find The Best Slow Cooker Game Day Recipes for football fans and came up with 40 amazing slow cooker recipes for game day treats. The recipes here can help make sure you have a variety of options for guests or family members who stop by to watch the game. And you might even want to have more than one slow cooker going for the big game, because you know how people gobble up the food when they’re watching sports!

END_OF_DOCUMENT_TOKEN_TO_BE_REPLACED

Barbacoa Beef is perfect for game-day food or dinner, so we’re sharing our picks for The BEST Instant Pot Barbacoa Beef Recipes!  And there are several recipes here that have Slow Cooker Barbacoa Beef options if you prefer that method. 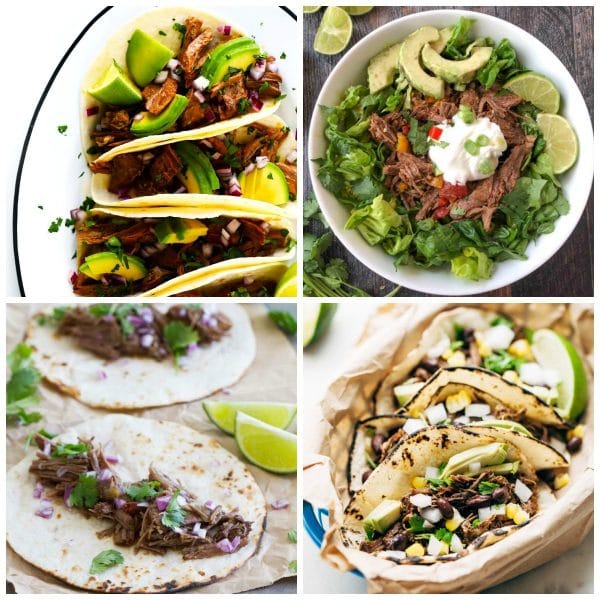 You can serve this tasty beef the traditional way, inside tortillas with onions, cilantro, and a squeeze of lime. Or make the Instant Pot Barbacoa Beef into enchiladas, burritos, or quesadillas. And if you’d prefer a low-carb meal just serve your Barbacoa Beef in low-carb tortillas, in lettuce wraps or over taco salad. No matter which way you make it or however you serve it, I bet this will be a hit in most families; enjoy!

END_OF_DOCUMENT_TOKEN_TO_BE_REPLACED

This collection of Slow Cooker or Instant Pot Mexican Shredded Beef, Chicken, or Pork can help you create so many tasty Mexican Food dinners! And most of these recipes are low-carb or Keto, or can easily be adapted; enjoy!